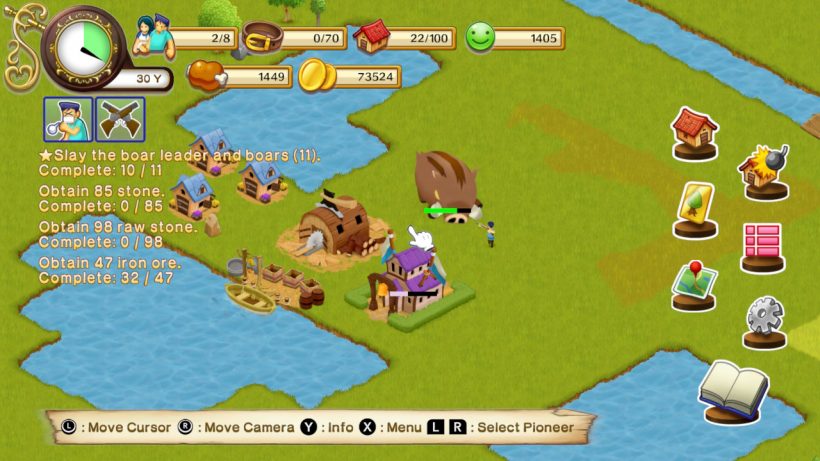 Developed by Arc System Works, New Frontier Days: Founding Pioneers is a life-sim where you are tasked with building towns – looking for and using supplies along the way. The game was a launch day title, releasing alongside the Nintendo Switch on March 3rd – and whilst for the most part it may have been buried underneath all of the attention for The Legend of Zelda: Breath of the Wild, it did provide an alternative option for those wanting something different.

The new version 1.1 update brings the ability to select multiple outdoor pioneers at once, where before only one could be selected at a time. This should allow you to manage things much more easily when you need to act quickly, especially in scenarios such as animal attacks. The update also brings support for more languages, and some difficulty balancing in the story mode.

Nintendo Impact Gaming has made this handy video that shows exactly what the developer has detailed in the Nintendo Switch News Channel for the game:

Updates are always welcome when they aim to improve the overall performance of a game and this is no exception. If you’ve New Frontier Days: Founding Pioneers you can grab this free update now, but if not it might just be the reason you need to jump in!

New Frontier Days: Founding Pioneers version 1.1 is available now. Are you up for it?