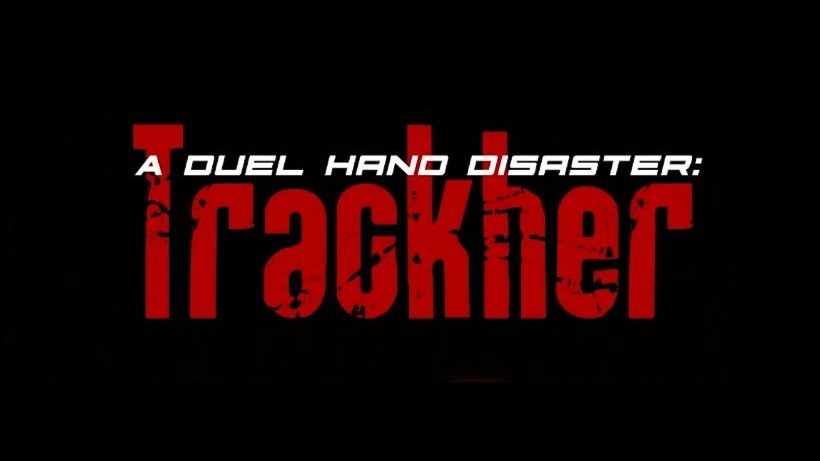 Ask An Enemy Studios have revealed that they’re bringing A Duel Hand Disaster: Trackher to the Nintendo Switch.

Described by the developers as a “risk ’em up,” A Duel Hand Disaster: Trackher is officially coming to the Nintendo Switch sometime in the future – despite the developer’s recent Kickstarter campaign not yielding any tangible results. They had promised that it would be coming either way however, so it looks like we’ll just have to wait a bit longer than we would have otherwise.

As for the game itself, A Duel Hand Disaster: Trackher presents itself as a single player experience; having you control two ships in split-screen fashion, and making use of the Switch’s dual analog sticks to maneuver them separately – but also simultaneously. Your objective is to get the highest score you can, but the only way to keep the score you earn is to finish the level with it. New runs wipe your progress and have you start over, so playing ’til you die isn’t as feasible as it might be elsewhere.

Every time you start a new run you’ll wager some (or all) of your previously attained score, using them as a “pot” to raise your game. You’ll also be able to unlock a new tier, offering new challenges and a higher base multiplier for your score. When you extract you’ll earn your wager as a bonus, but if you leave before reaching the wager’s destruction quota you won’t get a single point of it.

As for the gameplay itself, you will be controlling two ships – the HR-D on the left side, and the DF-R on the right. The HR-D can’t take damage, while the DF-R will (and its destruction leads to game over). Damage can not be recovered from, however the lower your health is the higher of a bonus you’ll earn.

Powercells upgrade the HR-D’s rate of fire and unlock new weaponry to use, while the DF-R will focus on recovering material – your score multiplied by the amount of material you get. Parts are required for extraction on the DF-R’s side, while they can also unlock the DF-R’s defenses. Material must be used to keep a link between HR-D and DF-R, and is also crucial in being the final multiplier when you’re extracted from battle. Extraction needs to be at 100% and your link must be active in order to successfully extract with your score, so there’s lots to worry about as you control two separate ships. This isn’t meant to be an easy game!

That said, you’ll hopefully be coming back for many runs – and being that A Duel Hand Disaster: Trackher includes no cutscenes to hinder your gameplay you’ll be able to get in as many runs as humanly possible within whatever time you have for playing. Try, try, and try again!

Check it out for yourself in the trailer below;

A Duel Hand Disaster: Trackher is headed to the Nintendo Switch. When? We have no idea, but it’s coming (so keep an eye out)!