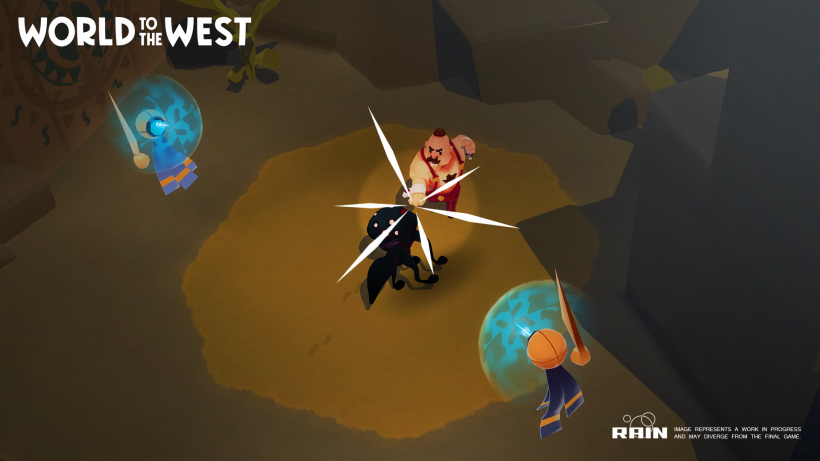 Rain Games confirm that their latest title will land on the Switch in the coming months.

Those of you that watched the recent Nindies trailer will have spotted World to the West tucked in there, and the Norwegian developers that are Rain Games have been in touch to confirm that a Switch port is coming.

Our press release for World to the West says that a vast world of blue skies and dark caves will await you as you seek to solve the mysteries of an ancient prophecy. Celebrating the joy of discovery, a wide range of mechanics are said to be available which are unique to the genre.

You will explore a “vibrant” world filled with characters of varying usefulness with four different heroes to choose from -each with their own abilities and identities. With “seamless” transition between combat and puzzle solving, you’ll be able to take on your foes, attempt to convince them to avoid conflict or avoid them altogether. As you’d expect from an action/adventure title there are a large number of secrets, and it says here that there are “secrets inside secrets”.

Even better news is that despite being a new title in its own right, it IS set in the Teslagrad universe and you could encounter many new and old faces. If you played Teslagrad, that is. And you should.

We will bring you more news on the game as we have it! Are you a fan of Rain Games and Teslagrad, and will you be looking at grabbing this when it releases?

0 thoughts on “World to the West headed to Switch”