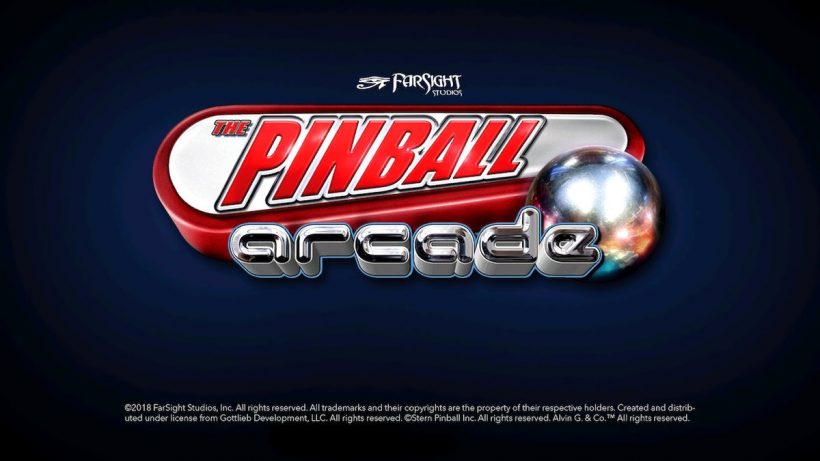 Prepare your ZL and ZR fingers, they’re about to get a workout…

What makes a great pinball game?

There have been dozens on Nintendo systems through the ages, and we already have our fifth in just over a year on the Switch. The genre translated easily from the arcades to the home consoles and even Nintendo have tried their hand with the love it or hate it Super Mario Ball on the Game Boy Advance over ten years ago.

But the nature of pinball tends to be that once you’ve played one board, you’ve played them all. Some games in the past have mixed with the formula in adding platforming or adventure mechanics to mix up the formula a bit, but here in The Pinball Arcade, we’re playing with traditional tables, each with a different theme.

Unlike Stern Pinball Arcade, which has been released as a physical version on the Switch, The Pinball Arcade is a game which you have to build up from its bare bones as a free-to-start game. So, your money is going to be going in the direction of the themed tables which catch your eye the post. And there are load of them to buy – two packs of Stern tables, four Gottlieb and an Alvin G. & Co and Doctor Who exclusive option. Irritatingly, there’s no way to buy the lot on the eShop in one go.

This version of the game does suffer from a lack of tables compared to versions released on other systems. After initially releasing in early April, the game was quickly pulled from the Switch eShop due to “licensing issues”, and as such we’re left with over thirty-five available to add to your version of the finished Switch product. It matches the other console versions in terms of its technical performance, however – don’t go worrying about any kind of slowdown at play here.

Differences between each of the themed tables include the sound effects, the positions of the bumpers and obstacles, of course, and in some cases an under-table section, where you operate flippers at the top of the area if you manage to knock the ball into it from the main table. But while this might be material which would set tongues wagging, to the non-hardcore, every single one of the tables feels exactly the same.

Sure, some may have extra flippers, but there’s no radical differences which would make you prefer one table over another. Playing the Phantom of the Opera table, heading to Ripley’s Believe it or Not, then off to Star Trek – yes, it’s an impressive list of the big pop culture names in pinball table form, and it may well offer the most realistic gaming representation of the real-life tables, but the experience isn’t nearly as memorable on a screen as a custom-built game of the likes of Pinball FX3 offers. Online leaderboards and achievements are a welcome inclusion and add least add something to keep you coming back, but you need to play the same experience over and over for it to pay off.

So, The Pinball Arcade offers exactly what it says on the tin, and it’s good for pick-up and play, but then you could say the same about just about any other pinball title. I would advise picking one of the DLC packs and sticking to it, rather than feeling you’ve bought the same thing twice after pack two.

While it may attract criticism for the licensing issues that meant the absence of a number of boards from other versions of the game, The Pinball Arcade isn’t dramatically worse for it due to the similarity of the experiences of each board. It’s pinball, and it’s table pinball. You know what you’re getting.