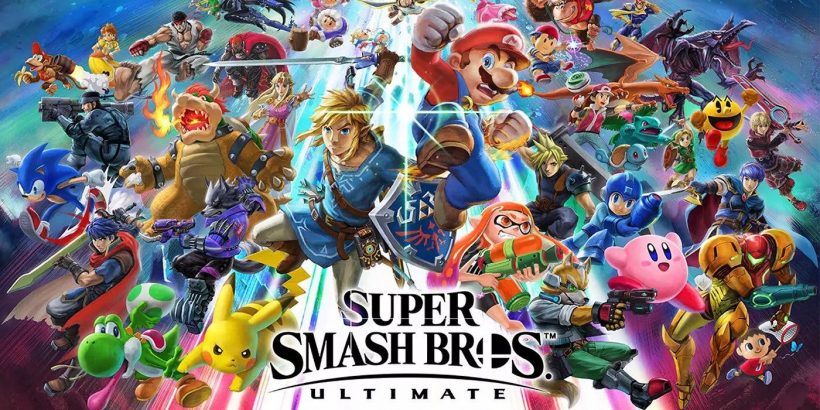 The most ambitious crossover in history.

Labelling anything ‘ultimate’ will inevitably bring with it a certain level of expectation. Game director Masahiro Sakurai has always stated that he approaches each instalment of Super Smash Bros. as if it’s his last, but with Super Smash Bros. Ultimate for Nintendo Switch, it really does feel like this might be it. It’s a culmination of everything that’s been done in the past, all lumped together in one massive package to deliver the ‘ultimate’ expression of Sakurai’s vision. A couple of glaring omissions have been made to get there, but this is undoubtedly the pinnacle of the series and one that Nintendo fans everywhere can be proud to call their own.

For the uninitiated (where have you been?), Super Smash Bros. Ultimate is remarkably easy to grasp and hasn’t really changed all that much from previous entries. Characters from Nintendo and third-party properties are thrown together on one of over 100 different stages to battle it out and emerge victorious. The more damage you can dish out to your foes, the more easily you’ll be able to whack (or ‘smash’, I guess) them beyond the borders of the screen and off the arena. Each character has the same basic abilities, even if the moves themselves differ quite drastically – you have standard attacks mapped to A, special attacks mapped to B and you can jump (or double jump) with X or Y.

Of course, if you’ve played any of the previous entries in the series, then you already know all this. But what’s different? Well, veteran Smash players will undoubtedly notice a distinct lack of trophies in the game – no, not trophies like you might find in a PlayStation game, but actual collectable trophies based on hundreds of different characters. These have instead been replaced by ‘Spirits’, and it’s these Spirits that form the basis of the core single-player experience.

First up, you’ve got World of Light, which is Ultimate’s single-player adventure campaign. Here, you’re initially given access to just one fighter: the adorable Kirby. You see, all of the other characters have been wiped out by a mysterious entity known as Galeem, turning them into Spirits. So begins your quest – you set out across a huge world map to confront Galeem, encountering a vast amount of Spirits along the way. Beat the Spirits in battle, and they’ll join your roster, whether it’s a full blown fighter or a support Spirit.

But what are Spirits, exactly? Well instead of trophies, more than 1000 characters have been included in Ultimate as a Spirit. Essentially, whilst you still only fight the physical forms of the game’s standard fighting roster, the Spirits inhabit their bodies, completely changing the parameters of the fight. So for example, if you happen to be fighting the Spirit of the Diggernaut from Metroid: Samus Returns, you’ll be pitted against a giant version of R.O.B who starts off carrying the Drill item. Defeating and subsequently equipping this Spirit will then grant you immunity from being buried by a pitfall.

This is just one example of the nearly endless amount of possibilities the Spirits system brings to the game. They’re not simply contained within the World of Light mode either – you can challenge Spirits directly using the Spirit Board, which displays a selection of rotating characters to choose from. They vary greatly in their rarity, which in turn also dictates how difficult the battle will likely be. I honestly thought I’d be going into Ultimate completely resenting the lack of trophies in the game, but the Spirit mechanic is so deeply rewarding, I soon forgot about its omission. Other folks might not be quite so forgiving, though.

Alongside World of Light, you also get the standard Classic Mode, which will be familiar to returning players. I loved going through this mode with all the different characters because of how well tailored it can be depending on who you pick. If you choose Donkey Kong, for example, you’ll be joined by Diddy Kong for much of the experience, and you’ll eventually face off against the fearsome King K. Rool. Pick Ganondorf, and you’ll naturally face off against both Link and Zelda atop one of Breath of the Wild’s Guardian Towers.

Classic Mode is perfect for those who want to simply jump in and spend the 10-15 minutes it takes to reach the end credits, but it’s also a great way to unlock characters. When you initially boot up the game, you’ll only have access to eight characters to begin with. Unlocking the rest can take a relatively short amount of time, or a really long time, depending on your approach. Without cheating, conquering Classic Mode is probably the quickest method available, but you can also unlock characters by going through World of Light mode, or by simply setting up custom matches. I found it’s best to not worry about unlocking characters and just simply play the game; it makes it that much more satisfying when you do eventually come across a new unlockable fighter.

As for the line-up itself, Sakurai wasn’t joking when he said everyone is here. All of the characters from previous entries make a welcome return, including Pichu and Ice Climbers. There aren’t quite as many brand new characters as you might expect, but they’re all really well thought out. Simon and his echo fighter Richter from the Castlevania series feel just like you’d expect: slow, methodical, but with a lightning fast whip and deadly throwing axe. Similarly, the Inkling feels like it was ripped straight from Splatoon – its special moves include the iconic paint roller, and your foes will also get covered in ink as you fight them. There are also DLC characters on the way too, with Piranha Plant available in early 2019 for early purchasers of the game, and Joker from Persona 5 arriving at some point later.

Alongside the fighters themselves, Ultimate crams a boatload of stages from all walks of life, all of which can be changed into Omega forms, which essentially streamlines the stage down to its most basic form – ideal for serious competition. There’s also a ridiculous amount of music in the game, with some fantastic remix tracks from the Mega Man series, Final Fantasy VII and Street Fighter. I must admit though, that I have a massive soft spot for the tracks taken from Castlevania: Symphony of the Night – quite simply a nostalgia overload! You can also set up playlists and even turn off the Switch’s screen whilst listening to music.

The sheer amount of content contained in Super Smash Bros. Ultimate is almost overwhelming, but it’s a beautiful celebration of everything Nintendo, and much more. It’s sure to keep you busy for months, even years from now – see you online!

Super Smash Bros. Ultimate is quite simply the best game in the series. Sakurai has gone above and beyond to include the most fighters ever seen in a Smash Bros. game, and with the inclusion of World of Light and the new Spirits system, the level of depth is staggering. If this really is it for the series (which I doubt), then it’s going out on the highest note possible.