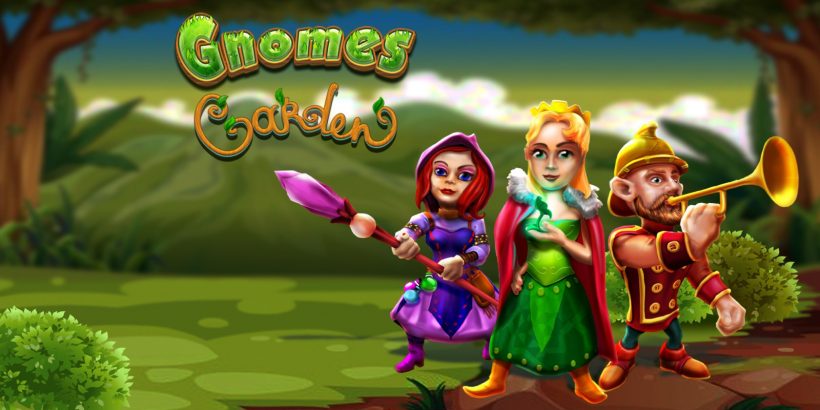 There are some games out there which you just know will be terrible even just from looking at their name. A far more infrequent occurrence, however, is that one of these turns out to be a bit of a gem which you just can’t put down. That’s a description that fits Gnomes Garden.

Gnomes Garden is a race-against-the-clock tactical game which has your gnomes dashing across the screen to construct small village. Each level sets you with certain objectives and it’s down to your decision-making as to what order you perform every action so that you use the minimum amount of time possible in order to meet the time limit to get a three-star score.

To do this, you need to manage resources by establishing mines and mills to generate the likes of stone, wood, crops and gemstones, which can be used to construct features to open out your map like bridges and to pave over swampland. There are a few resources lying around the immediate vicinity to your starting point to get you going, and then things are quickly in your hands. You can upgrade the gnome’s house to get an extra gnome or two to share the workload, and that will in turn make things quicker as you send them out to get resources at different points on the map.

Elsewhere you have fairies who can bring trees to grow and firemen to chase away monsters who bother your workers. It takes a set amount of time for your mills, mines and fields to generate the resources, which is one of the factors you must keep on top of as you look to whittle down your time, and the other crucial element is that upgrading these resource generators, while improving their yield, uses up your existing materials and so slows you down elsewhere.

The decision-making here is quick as a flash, and you’ll know if you’ve made a wrong move somewhere as you’ll be sitting waiting for something to do as you’ve left yourself with no resources to collect or constructions to build. But even if you do mess up, you’re still able to finish the level and progress, albeit without any stars for your score.

Gnomes Garden is wacky fantasy, for sure, but it’s easy to get lost in it. Levels are bite-sized and plentiful, and the tap-on-what-you-want-to-do controls very easy to pick up. What can be improved is the touch-screen input – levels are usually pretty detailed, and when some objects are bunched together it can be a little frustrating to select the right ones. That’s a minor issue, though – things are improved when you’re playing it on the big TV screen.

Despite the early preconceptions, Gnomes Garden is definitely good enough to warrant a place in your Switch eShop collection. It’s an enjoyable, fast-paced strategy title that just about anyone can get into.

Gnomes Garden is one of the eShop’s surprise gems. It’s cheap, too – go grab it.