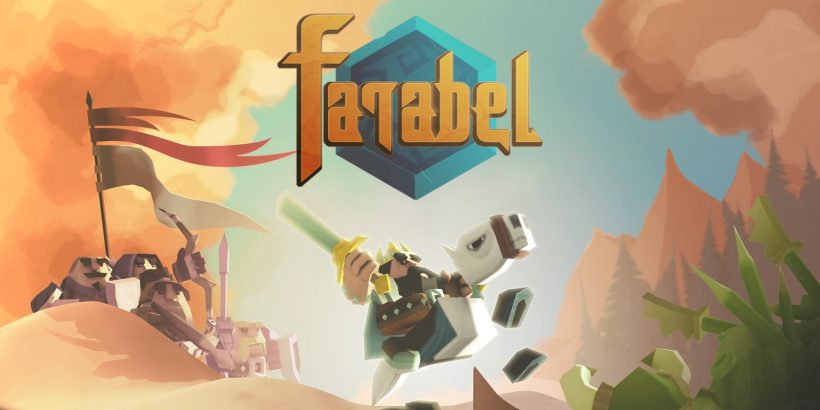 Farabel is a simplistic, turn-based strategy game where you start the story at its epic conclusion. The war is almost over, but with the time-travelling duo of the King and High Priestess of Farabel, things are about to get bumpy. As you defeat the orc king you are rewound to the previous battle, meaning that, not only are you working backwards, but the King’s stats are as well. In one of the most unique mechanics I have seen added onto the time travel trope, you will build the King’s health, attack power, and the like to simpler times as you reduce skill points rather than increase them. Although offering something new, a lack of depth and some questionable surprise mechanics take this game back a step as well.

Unlike other titles in the genre, Farabel forces strategy through difficulty rather than proper troop placement and unit strengths/weaknesses. Starting out fairly tough from the get-go, you will have to trial and error your way through a lot of this as you make your way from level to level. Even though this isn’t something that is a deal-breaker, it takes away from the unique mechanics and charming low-poly character design. With most maps featuring a plain-Jane open area for you to run ‘n’ gun your way through, this title feels more akin to a hammer than a scalpel.

Different unit types are your only real way to feel like you are doing any sort of battle planning. From archers, knights, and ground troops you can plan out attacks based on travel distance and attack style while utilizing the King’s time travel mechanic to allow for additional attacks or troop redeployment. The High Priestess offers her healing magic to the fold, but other than that you don’t have much else to work with outside of a few abilities and spells. Lacking any sort of defensive mechanics, this is all about tactically attacking with an immediate escape plan.

That escape plan will come especially in handy due to the surprise mechanics that occur during some of the levels. As is customary in titles like XCOM, you have vision as a way to hinder your view of all of the troop’s movements, as enemies hide behind objects. This means that paired with the attack-only approach you will find yourself regularly ambushed from the shadows, resulting in plenty of resets. Anyone who has played XCOM knows that overextending yourself is the quickest way to wipe a squad, and this game makes you do that all the time.

The art style and design are something that some will find lovely especially the character design. I personally love the low poly designs for the units, but with environments that are so bare-bones, it is hard to say that the overall package here looks good in this already simplistic style.

Content-wise, you are looking at a pretty light load. Considering there are only thirteen missions to work with, followed by an endless battle mode and quick play mode you will really have to take a liking to this one in order for the post-campaign modes to have anything to offer you. At the end of the day, Farabel is a title that suffers from taking a great idea and failing to build something around it that holds up. Although this game offers fine gameplay, looks, and story, there’s just not a lot of flavour to it.

Farabel offers a turn-based strategy experience that is just okay across the board. Even with a unique twist on the time travel trope, the lack of depth, empty environments, and one-trick-pony style to gameplay hurt this one.