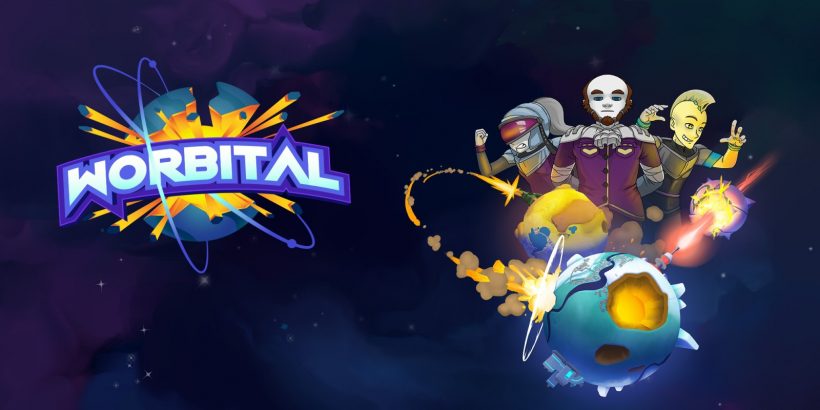 Have you ever played Worms? Picture that, but instead of battling on an island, you’re battling on an entire planet. Next, picture several other planets, and they’re all spinning. Still with me? Now, place those planets in orbit around a star. Finally, imagine launching missiles between them. You’ve basically got Worbital in a nutshell there.

Worbital features both local and online multiplayer for up to four players, but without the ability to magic up friends to test it, and the online matchmaking failing to throw up any opposition whatsoever, it’s unlikely these modes will be seeing much action. So, I solely played the main campaign. Fortunately for me, it proved to be an engaging affair.

It’s always a good sign when you look up from a game and suddenly realise you’ve been playing for three hours straight. And then, even more so when you play it for another six hours. To do this in a time that the lure Animal Crossing: New Horizons looms ever-present, Worbital succeeded in holding the attention, and I don’t think I can really give it much higher praise.

The main campaign is broken up into an optional tutorial (which only took six minutes to complete), a prologue, and three sets of four missions each. Each campaign comes from a different perspective and provides a unique arsenal, or a wacky premise for a mission. Yes, Worbital does indeed have a story. It revolves around three governors that blast off to colonise and survive on not-so-distant planets. I switched my brain off for most of the text box story-telling, cause it was largely uninspiring and uninteresting to read, always coming down to the blanket theme of “we’re gonna blow your planet up” in the end.

Worbital‘s general gameplay involves saving up money to install and upgrade towers on your planet’s surface. Once you’ve built up your defences, though, it’s down to you to operate them. Nothing fires automatically. Do you want to fire on the enemy? Then I hope you enjoy lining up a shot influenced by trajectory, launch power and nearby gravitational fields! It sounds complex, but thanks to the handy-dandy guiding line, you’ll rarely miss as long as you factor in travel time. You can pull off some sick trick shots in this game, and they really do capture the imagination. A particular favourite mission of mine involved ramming my planet into the opponent’s to split them wide open. It doesn’t get much better than snooker in space.

But is Worbital perfect? No. Presentation-wise, it’s a bit lacking. The start screen is dead silent, as is the online player-base. The interface is a bit too small to read easily in handheld mode. I encountered a bug where I couldn’t proceed from an end screen, having to restart the whole mission. Some of the weapons felt too similar, and even worse, some just didn’t seem viable at all. I avoided short-range weapons throughout my whole playthrough, cause they were too situational for my liking, not to mention the fact that as soon as you find a strategy you like, it’ll generally work for every mission. By the end, I think I was simply playing in circles, and that took away some of the wow factor that pulling off impressive shots generated early on.

I did enjoy blowing up planets, though.

Worbital is a bizarre blend of real-time strategy and Worms, in space. sadly falls flat in presentation and variety, but is a blast to blast through in an afternoon. Just be warned; it’ll make your head spin!