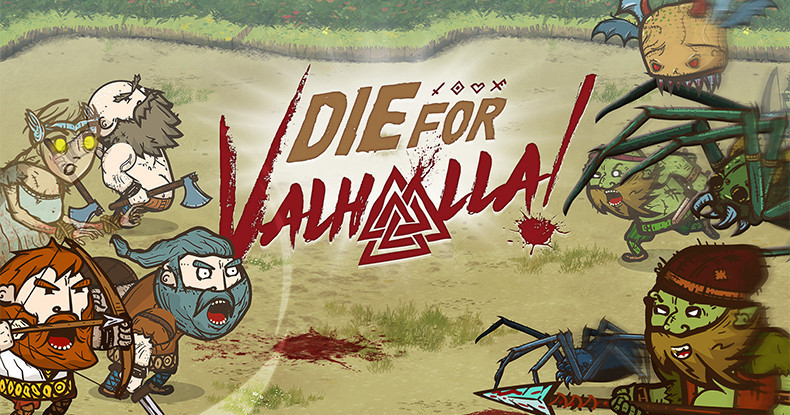 Those with a hunger for all things Norse can now finally fill their bellies in 2018. When not watching Thor prevent world-ending Ragnarok as part of the MCU, there’s always the opportunity to fight through the nine realms as a bearded god shouting “Boy!”. Switch players, until now, haven’t been able to get in on this mythological action, but Die For Valhalla! has arrived to easily scratch this itch. Being a side -scrolling beat-‘em-up with more twists than you could shake a hammer at.

You play as one of the seasonal Valkyries. A unique spectral being that holds the power to call upon the souls of fallen Viking soldiers, only to possess their body and utilise their particular skillset against hordes of dwarven enemies. This feature alone doesn’t seem like the obvious mechanic to shake up the side-scrolling formula, yet this ability to switch between swordsman, archer, and axe-wielder on the fly acts as a nice added layer of choice. Die For Valhalla! takes a lot of cues from the likes of Golden Axe, improving upon it by never limiting you to one particular class. 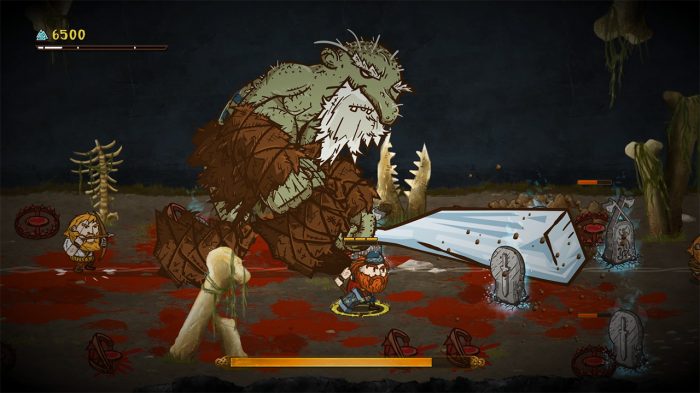 Becoming adept at Die For Valhalla!’s core class-switching hook is a simple case of summoning a soul from one of the many tombstones spread throughout each stage. There’s always plenty to go around, and regardless of your preferred playstyle, it can be worth mastering it to cater for the tens of enemy types you encounter. Giant dwarves, archer dwarves, trap-laying dwarves – they’re all here! Die For Valhalla! does a great job at making you feel comfortable, only to surprise you with a tricky foe that often requires a new attack approach.

Another one of Die For Valhalla!’s various twists on the beat-‘em-up genre comes in the timed challenges that tend to pop up at least once per level. Old school side-scrollers could often suffer from divulging into a button mashing slog against an endless supply of enemies. Die For Valhalla! has this, but sometimes freshens things up by having you face waves mid-stage, or putting you through a limited time bout that will see both you and foes take greater damage. In instances like this you might need to think more tactically. 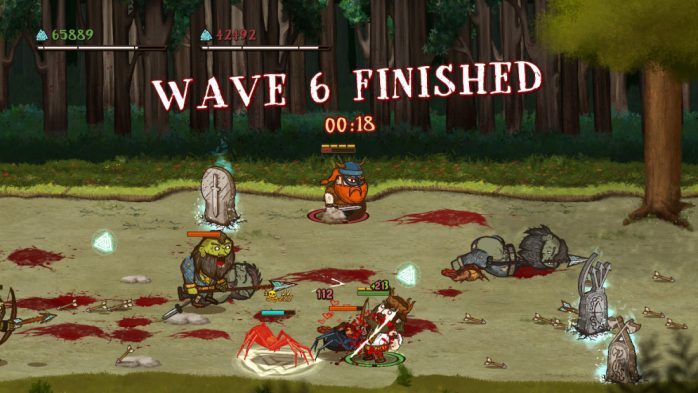 When you’re not causing splatters of dwarven blood to grace the screen, an RPG-like progression system awaits to let you power up your Valkyrie. Doing so means gathering as many souls as you can in battles, before feeding them into skills and runes so you’ll be a greater force to be reckoned with. The level of customisation here isn’t so deep to put you off. And the system does allow for some cool ability boosts that makes dispatching dwarves a lot easier.

Die For Valhalla! is a fun and charming 2D beat-‘em-up that pushes the genre in a new direction, but never enough that it all falls to pieces. Some enemies can feel like hit-sponges and there is some slight slow-down when there’s a lot of them on screen, but it never detracts from the game’s addictively fun hack and slash gameplay .

Die For Valhalla! is a nice evolution of what 2D side-scrollers can be. Mixing in frantic action, charming visuals, and some surprisingly flexible approaches to action that always looks great and feels satisfying.