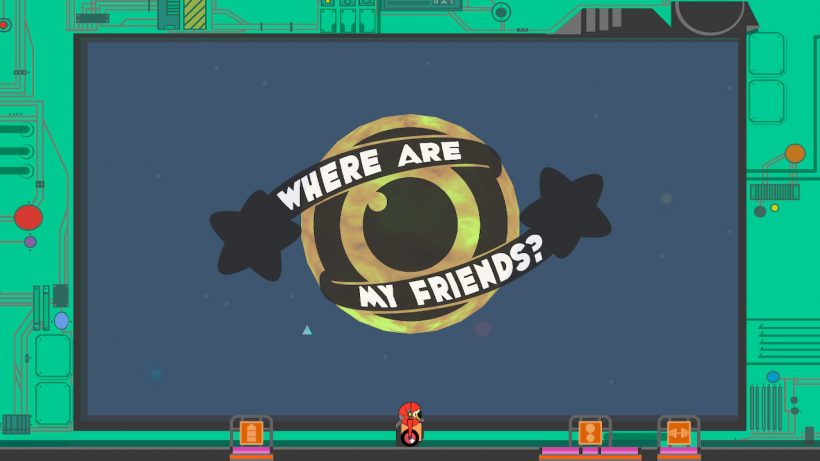 Is variety really the spice of life?

Where Are My Friends is a game that loves to try new things, to experiment with many different types of gameplay genres and ideas, but with a lot of unique ideas on the table, is it a game on the eShop worth your attention? Let’s take a look into it to see what’s on offer.

Wheye is an eye on wheels who is also the main protagonist of Where Are My Friends?. He lives aboard a space ship with his 4 friends, but when one day he wakes up to find his spaceship has crashed, he instantly goes to look for his friends to make sure they’re okay. To do this, Wheye must visit each of his four friends’ living quarters to discover what became of them and answer the ultimate question of where they could possibly be. 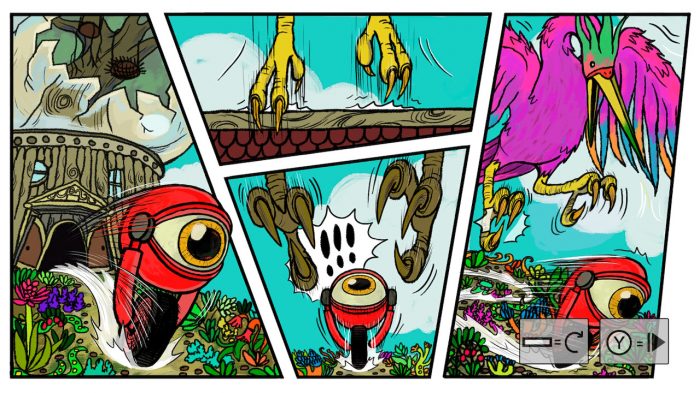 The game doesn’t tell its story through text, but is instead conveyed through short hand drawn videos throughout the game, but because of this, the story of whats going on can often be left to the players interpretation. For example, my interpretation of the start of the game is that of Wheye waking up and preparing himself for his adventure ahead.  This includes making sure he’s showered, watered his plants, and made sure that he’s done his fitness routines, however you’d never be able to know for sure because the game never gives any context at all.

Once Wheye is ready to go on his adventure you guide him to a room which has a big wheel in it split into four segments. Each of these segments represents one of his friends, and selecting one of the friends will take you to their living quarters. Now, the exciting thing about these living quarters is that these are levels, and each level takes on a completely different style of game play – there’s a point and click adventure game style level, a runner style level, a platformer level and a metroidvania level. 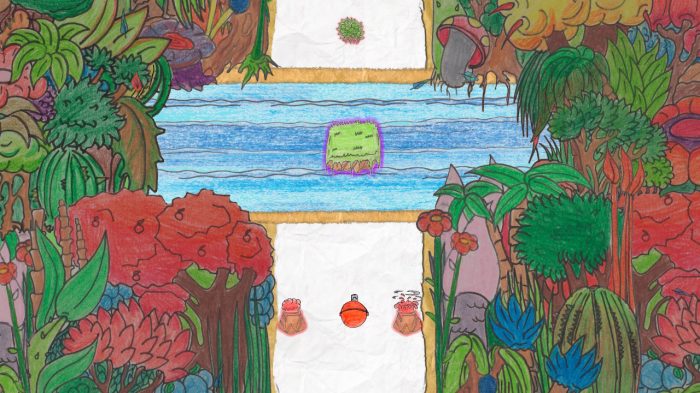 The first level I attempted was the Point and Click adventure level, which once again gave no context as to what I needed to do or what my objective could be. It was split into 9 different rooms in which I had to scan to pick up objects and use these objects in different rooms to save the friend in this room who had been frozen by some strange alien Tiki looking people. This section proved frustrating as I actually managed to break the sequence meaning I was unable to continue and had to restart which was annoying.

The rest of the gameplay levels were not quite as annoying as this and were much easier to enjoy, the platformer section while puzzling was rather enjoyable and the metroidvania level to be the better and most established level of the bunch, the runner section however didn’t seem to have good controls thanks to the jumping feeling stiff and it often being difficult to judge where you would land. 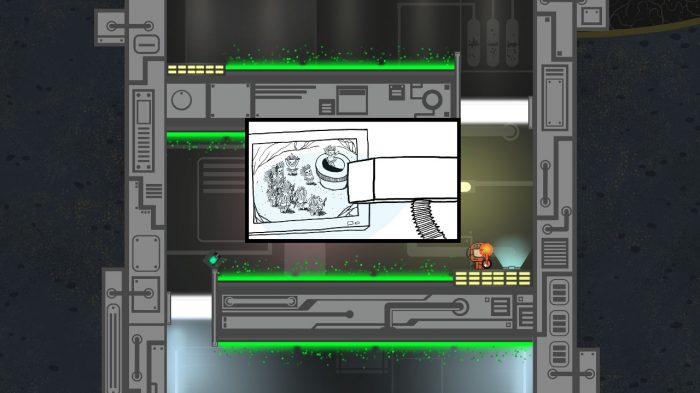 Where Are My Friends? is a very strange game, it tries to do too much at times and none of the ideas in the game seem focused enough where they feel like complete packages. At its low price on the eShop it might be worth a look if you’re wanting a bit of variety in a game, but its directionless story makes it difficult to recommend.

Where Are My Friends? Review

Where Are My Friends? is a game that is trying to do too much at once and loses a lot of its potential charm because of it, if it took one of the four gameplay ideas and concentrated on making it a standalone game it could’ve been so much more.