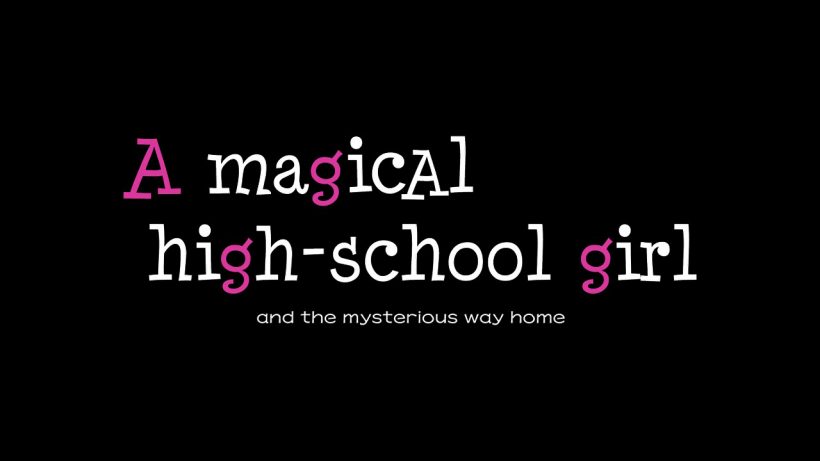 A not so magical adventure

Rogue like games are a mixed bag. There is instances where I’ve enjoyed games in the genre so much that I could comfortably say they’re one of my favourite games ever – for example, Rogue Legacy. But then you have the other side, games that are poorly designed and not a fun experience – sadly this is the category that A Magical High School Girl & The Mysterious Way Home falls into.

You take control of a young girl who has just finished attending extra classes at school, so she’s having to walk home on her own. This is going fine until she bumps into a mysterious Witch who seems to be injured – after offering a band aid to help the injured Witch the young girl is then possessed by the Witch which knocks her unconscious. When she comes to, she realises that the world around her has changed and she must figure out her way home in this mysterious and now creature filled world. 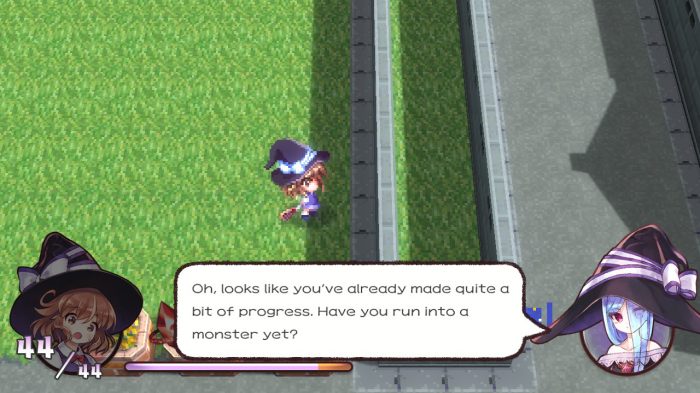 Thankfully because you’re now possessed by the witch, you’ve also managed to inherit her magical powers, so your main defence against these evil creatures is that of being able to cast magic to inflict damage on them and eventually kill them. You start off with three basic spells – one water based, one fire based, and the other allowing you to swing your wand at enemies. Each time you use one of these spells it costs you Attack Points (AP), you really need to keep an eye on these as if your total number of attack points reaches 0, you will die and have to start the game again from the beginning.

The idea of permadeath in a game has never really bothered me, however the game also has to be fun in order for me to want to continue playing after dying. Sadly, A Magical High School Girl becomes incredibly shallow from a very early stage thanks to boring enemy designs and each map looking identical to the last, I found this to be really off-putting, making the game incredibly tedious to play. 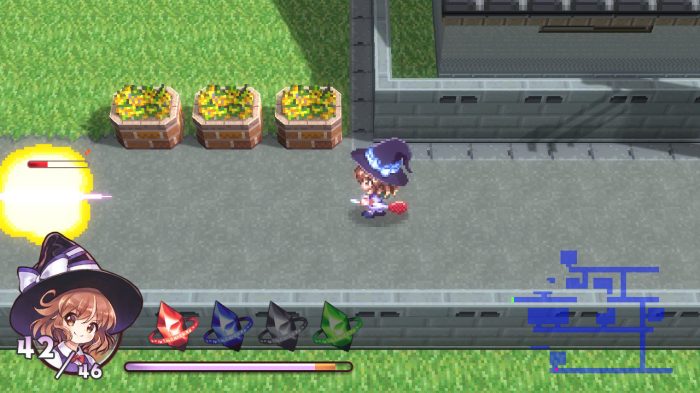 The controls for A Magical High School Girl are quite basic – the left analogue stick allows you to move in any direction, the A button allows you to cast your spells, the L & R buttons allow you to toggle between your spells and the Y button gives you the ability to change the direction that you fire your spell. This is normally defaulted to the direction your character is facing however if the situation occurs where you would be better off firing a spell diagonally, you can use this button to make that happen.

Graphically this isn’t the worst game I’ve seen on Switch, but as mentioned previously, the environments look far too samey as you move from map to map. One thing I did have an issue with is that characters and enemy sprites appeared to look out of place in contrast to the environments. It’s not just the graphics that are repetitive either, the game also have a rather tedious and boring soundtrack which appears to constantly loop throughout gameplay. 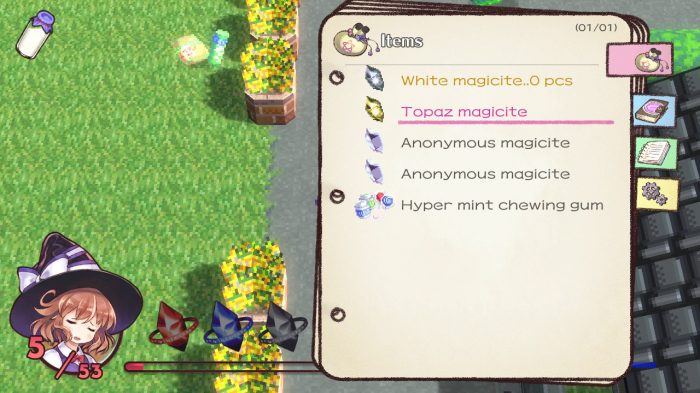 A Magical High School Girl is sadly as forgettable as its name implies, there is nothing interesting and no fun to be had, although it does come with a small price tag which might attract people who are curious of the genre. Go in with low expectations if you do decide to buy this game, and you might not be too disappointed.

A Magical High School Girl is a very repetitive and basic rogue like game which puts up a really difficult argument for starting again each time you die.