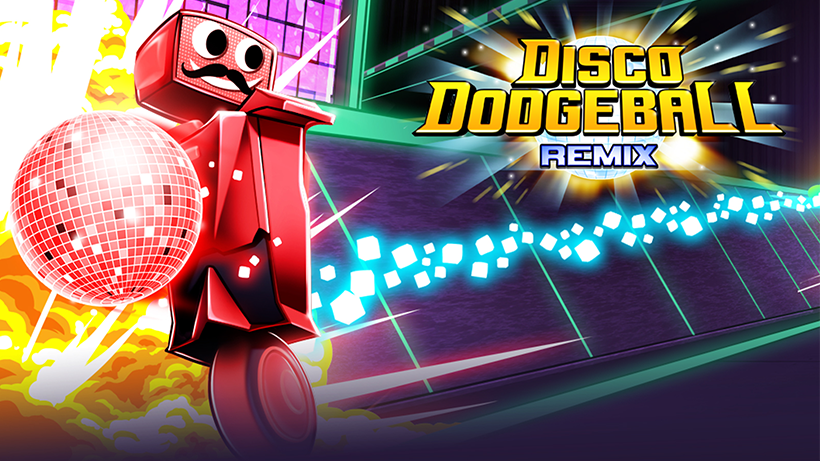 Disco Dodgeball Remix manages to make dodge-ball seem way more exciting than you’d expect. The game is as simple as dodge-ball, only played with robots in futuristic arenas instead. To the game’s credit they attempt to mix things up with various game modes you can play –  from standard elimination based modes to capture the cube modes, allowing you to play however takes your fancy. The main feature of the game though is the arcade mode that pits you against endless waves of AI with a limited number of lives. It is shallow fun and can pose a decent challenge as the difficulty ramps up but isn’t particularly interesting compared to some of the custom game modes you could be playing. If you feel so inclined you can even take your skills online and compete against others around the world. 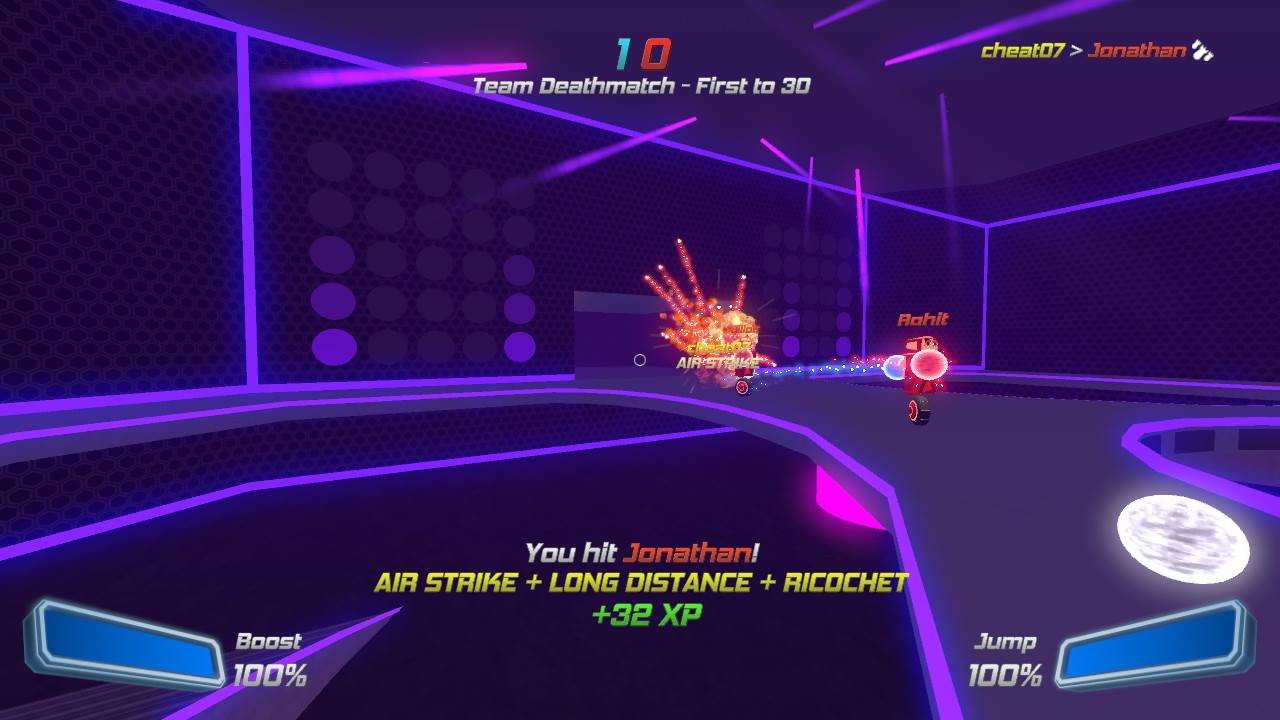 With such a simple concept to play with it’s great to see the game do interesting things and make simple mechanics fun to execute, from bouncing a ball off of walls to take out those opponents hoping they could hide from you to nailing that long pass to a teammate who takes the kill, there’s plenty of enjoyable moments to be had here and the balance of game modes on offer means that there’s plenty of play styles to try out. The only minor disappointment here is that there is limited real progression available, despite all the interesting game modes on offer there’s little incentive to experiment or keep playing beyond a love of the game, maybe a small career type mode or even a tournament mode would have been great but it’s by no means a deal breaker. 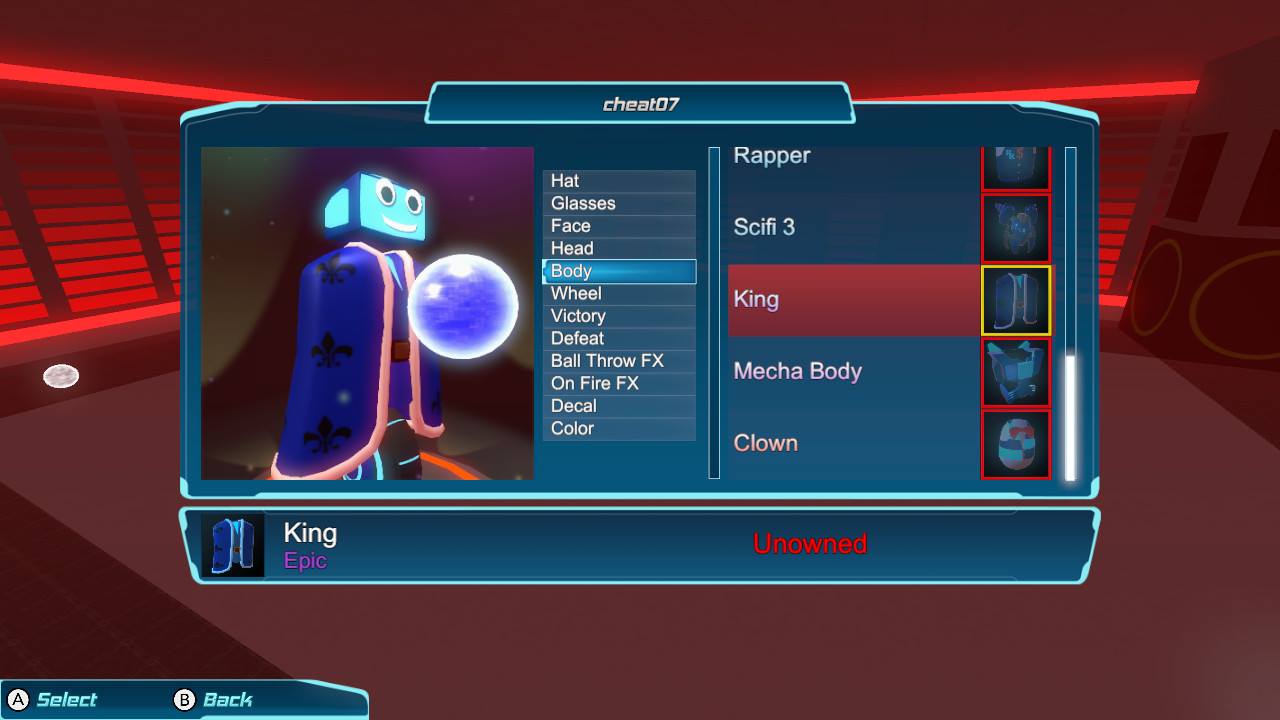 The limited progression that is present revolves around unlocking customisation elements for your character, from adorable cupcake hats to cowboy bodies, there’s at least some fun to be had in unlocking the cooler stuff but at the end of the day it’s purely cosmetic and can be as inconsequential as you want it to be. Progression is tied to completing challenges ranging from winning matches to pulling off certain types of shots, it attempts to encourage variation in play but really I found it to be a distraction from just enjoying the matches themselves. 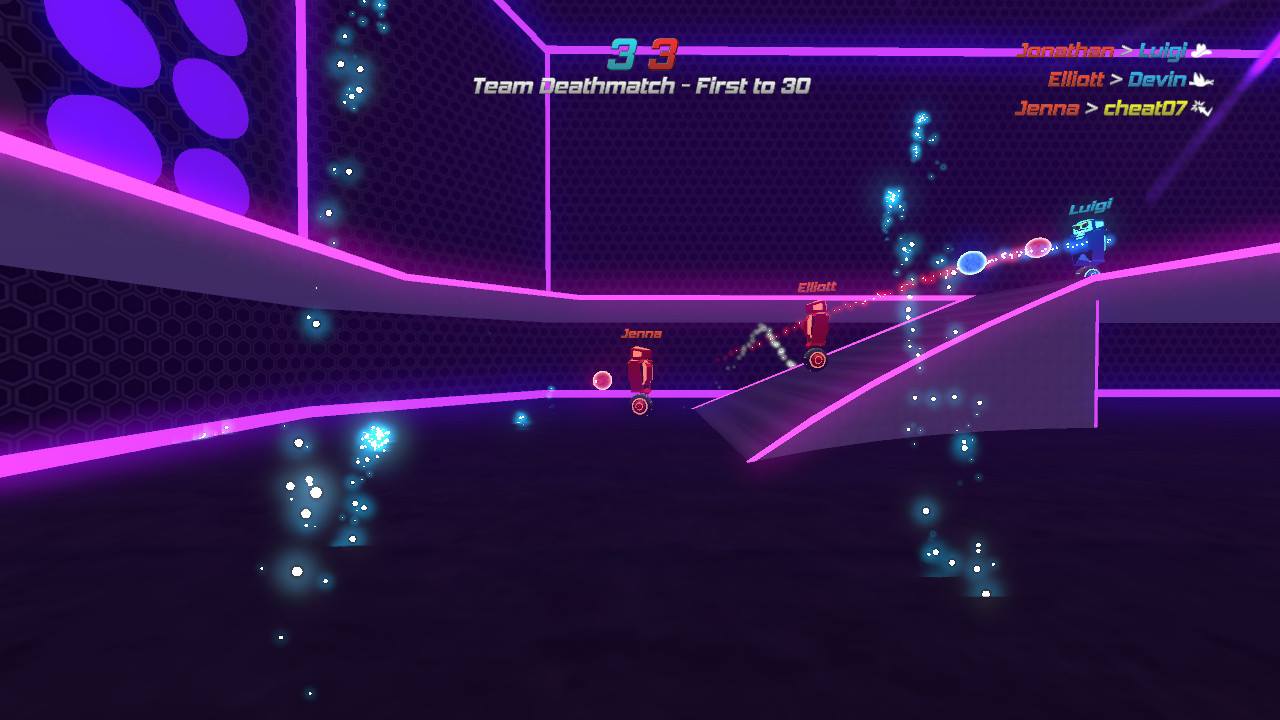 The game really embraces the neon disco vibe, with bright lights littering the stages and music thumping in the background, it certainly fits the theme and to a degree is fun. After a while with the game, however, it begins to feel one note and I could have done with some more variance in environments. The map designs themselves are plenty varied though and can really alter the way you approach a match. Starting with simple square grids and little obstacles the maps get more complex with plenty of ramps and walls to play around with.

All in all Disco Dodgeball Remix is a fun little game that feels fun to play and offers a variety of choices in how you want to enjoy the game, a limited scope and budget constrain the game from going into more interesting territory but the core gameplay is fun enough to warrant a look. Those looking for a deep experience with meaningful progression will be disappointed but if you’re looking for a game to dip in for short pick up and play bursts then this is a great choice.

Disco Dodgeball Remix is a fun pick up and play game that does interesting things with a simple core idea, for those looking for some simple fun there’s enough on offer here. However an uninteresting progression system means that you’re either in this for the love of dodgeball or there wont be much to hold your interest.