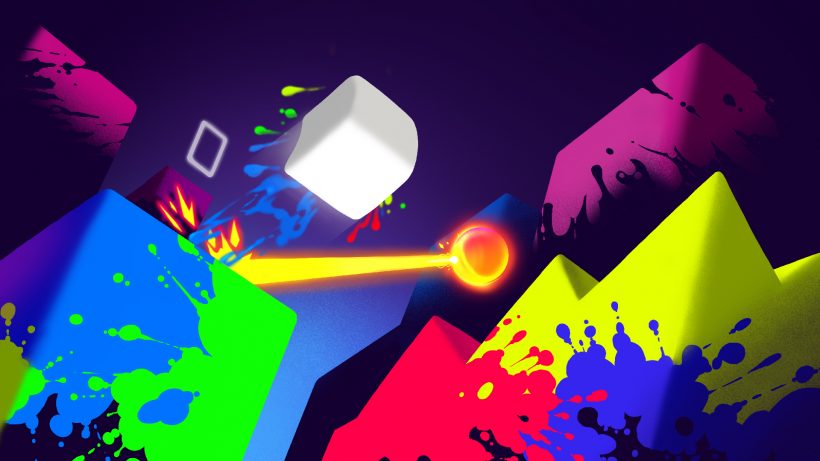 Since the monumental launch of the cult hit Super Meat Boy back in 2010, we’ve seen a gradual influx of bite-sized, hard-as-nails 2D platformers. As a personal fan of the genre, this is great, but it’s clear that many attempts to replicate Team Meat’s success have rather fallen by the wayside. From developer kittehface/Spaceboy, INK is a game that should be commended for its bold attempt to ‘mix up’ the formula (wahey!), but struggles to provide sufficient variety or longevity. As such, it doesn’t quite reach the same heights as its contemporaries.

INK contains 75 small levels in which you must move from point A to point B whilst dispatching every enemy roaming around the stage. Sounds pretty standard, right? The big difference with INK, however, is that upon starting each level, you can’t really see anything at all. The screen acts as a blank canvas, and upon moving your character, you will automatically ‘ink’ the ground with various colours, gradually revealing the platforms scattered amongst the stage. 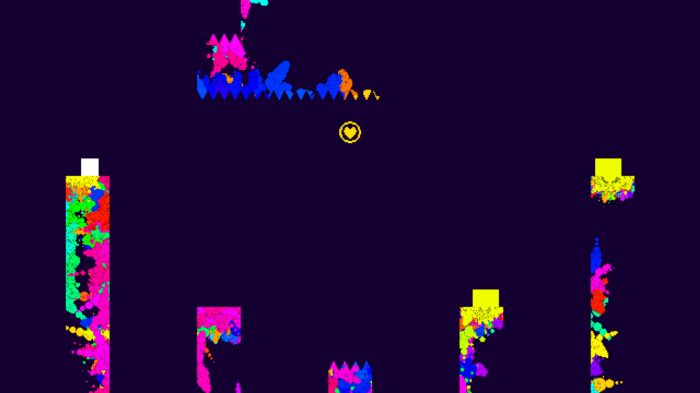 Of course, there’s a certain degree of trial and error that comes with this kind of game mechanic – you’ll often find yourself taking leaps of faith into the dark void only to find yourself falling to your death, but the game does take some clever steps to help you along the way. The main move at your disposal is a handy double-jump, and whilst this obviously assists in reaching ledges and pounding enemies on the head, executing it also flings a load of ink in a 360-degree radius, helping to reveal platforms in the nearby vicinity.

What this means is that a more cautious, methodical approach to INK is required, as opposed to the more reflexive, twitchy gameplay in Super Meat Boy. You’ll likely start off each level hopping in place for a few moments in order to determine where you need to go next before proceeding with confidence. Even then, you’ll be tiptoeing across each platform, the fear that it will abruptly end without any warning very real. 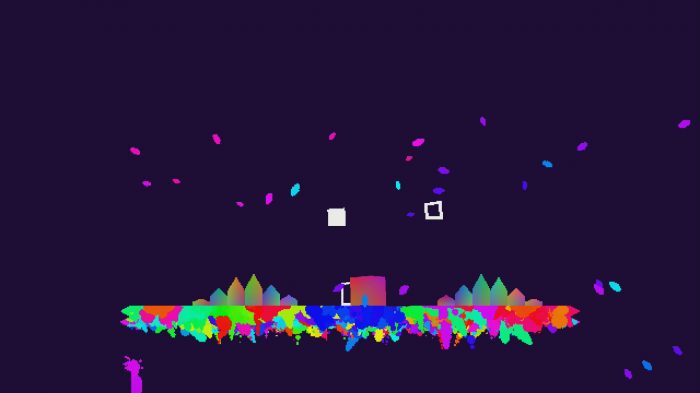 Thankfully, whilst death will come thick and fast in INK, it remarkably never feels unfair, which is quite an achievement considering you can barely see anything for much of the time. You’ll certainly die a lot, but all of the space uncovered by ink will remain in place after each death, so every time you restart the level, you’ll be able to see a bit more and have a stronger knowledge of the general layout.

Alongside the standard single-player mode, you can also play through INK in a local two-player co-op mode, exclusive to the Switch version. If you’re after more a challenge, it also gives you the option to add a timer to the game, turning what is normally a methodical platformer into a more frantic, speed-running affair. Even with all of this, however, I can’t help but feel that there’s a distinct lack of content – despite providing some sharp difficulty spikes throughout the 75 levels, you’ll likely still steam through them fairly rapidly. It’s a shame – the game’s really good, but there’s just not enough of it.

Nevertheless, if you’re hankering for a solid platform title in a similar vein to Super Meat Boy, you can’t really go wrong with INK. Its core premise is a neat little spin on what would have otherwise been a fair basic game.

INK is a highly enjoyable platformer with a strong core mechanic of inking platforms in order to progress. Sadly, there’s just not enough of it, and most players will breeze through it in just a few hours.