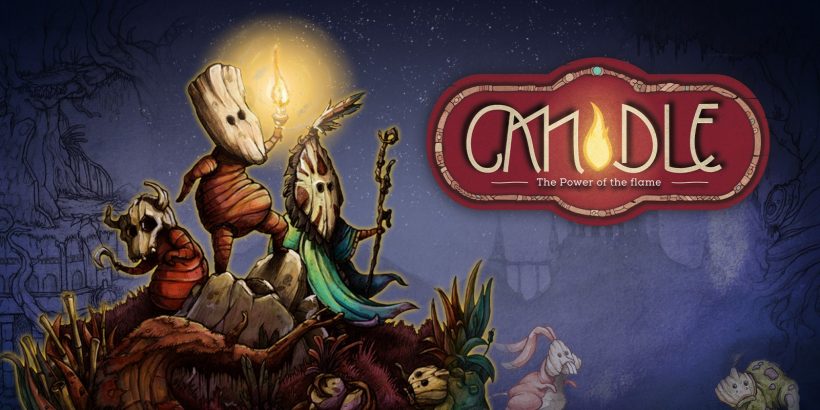 2D puzzler Candle: The Power of the Flame is set against an exotic backdrop where you’ll be spending most of your time wandering around and meeting the locals. Teku has the ability to ignite a flame on the end of his wrist, weather permitting, and he can also use a spark-like ability that ignites the flames even further revealing hidden parts of the scenery.

You start out on your adventure hearing the story of Teku, and unfortunately your beloved Shaman; Yaqa has been kidnapped along with the rest of your friends by the Wakcha tribe. His whereabouts is unknown, but Teku has determination aplenty to track him down using any means possible.

The art style is absolutely gorgeous, it looks even better in motion as well. As if you’ve just stepped into a Tim Burton/Disney style storybook. There are parts where the route you have to take will delve deeper into the background, it gives it a very cinematic feeling seamlessly zooming to create the foreground. The character designs are really varied as well, no two look the same but they all share that similar “wooden-face” look that Teku has, of course you won’t be meeting just friendly folk along the way. The Wakcha tribe wear red and it’s very obvious when you bump into one of them, avoid at all costs and if that’s not possible. Get rid!

I immediately was reminded of Zack & Wiki: The Quest for Barbaros’ Treasure within the first few minutes of playing, you can interact with objects, use items from your inventory, climb platforms and many other things. However, it’s the order in which you do things that will see you progress within the game. For example, one of the earlier puzzles in the game has you having to find honey for a bunny (the lesser known “honey bunny” perhaps?) and so once you’ve found the honey, there are a swarm of bees surrounding the hive. Of course you’re not able to simply knock it down unscathed, as well as finding a pot to transport the honey in. It’s a very well thought out game in terms of puzzles, they verge on just the right amount of head scratching but not to the point which makes you want to give up.

That being said, the one thing I found as a slight downside was the lack of a hint system. There are no signposts, no guidance in any form as to where to go next so it’s up to you to remember who you’ve spoken to, what items you have picked up and potentially what needs to go where. There were times I was playing where I’d got to a certain point and I literally had no clue where to go next and I couldn’t find anymore items that could help. It turns into just wandering aimlessly hoping that something jumps out at you screaming “over here you buffoon!”.

I also found that there were a few times the game glitched, so when I was walking from one piece of environment to the next Teku would continue to walk. There wasn’t any way around this other than to quit back to the main menu and pick up where I’d last saved.

Thankfully, save points are found very regularly and if you’re to die on your adventures with Teku then you respawn at the last place you exit or entered.

Candle: The Power of the Flame is a great title to have in your Switch library, it’s filled with artistic locations and puzzles that sit on just the right side of taxing, perhaps in the sequel though they could add a hint option!

Candle: The Power of the Flame

Candle: The Power of the Flame is a great title for fans of adventure and puzzles. It could be improved with a hint system, though, as some of the tougher sequences are a little obscure.