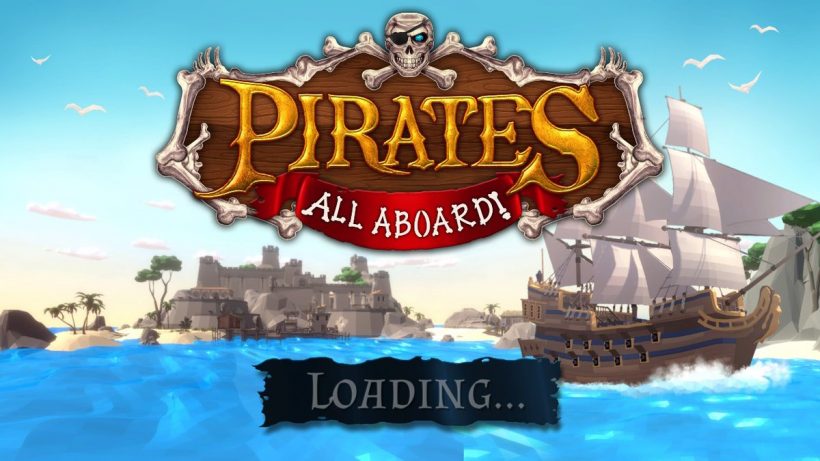 Oh, the life of a pirate.

Everyone wants to experience being a pirate. We’ve had the chance to come close to that feeling at points in the past, even with big-name series stepping up to the plate. My favourite is the pirate ship sequences in The Legend of Zelda: The Wind Waker, while Assassin’s Creed IV took on almost an entire game at the helm of a ship. The sense of adventure, the looting and plundering, are things which have endured the test of time.

Pirates: All Aboard! promises much, then. An entire game about living the life of a pirate! Available on the eShop for under a pound at the moment, it’s an easy addition to your Switch collection, but is it worth your valuable playing time?

Sadly, this is no epic pirate quest, which would be a welcome gap in the market to fill on the Switch at the moment. This pirates game is pretty much entirely about the sailing aspect. With the focus on multiplayer, you can steer your ship around an enclosed circle area and try and line it up side by side with another player’s ship before unleashing a torrent of cannonballs in their direction. In multiplayer mode you’re in control of the ship’s acceleration and its direction, and you can improve your heath meter by plundering power-ups from fallen ships simply by sailing your ship over them.

It’s a tight squeeze in some instances because of how closely-grouped the islands are. Attacking with cannonballs is done with L/ZL for the left side of the ship and R/ZR for the right, and it’s all simple enough. There are two choices of battles – a death match and a last man standing mode, with the differences simply being in the number of lives you’re afforded. Both of those will take 2-4 players,while there’s also a practice mode you can enter on your own.

There is one dedicated single-player mode, though: Endless Mode is a fairly simple endless runner, with your ship sailing upwards on the screen and requiring simple left and right inputs from the player to dodge islands and wreckages while collecting coins in some places for an improved high score. This is a very simple take on the endless runner, and to be fair there’s not a lot of space for manoeuvre when you’re controlling a pirate ship and viewing it from above. You can hardly make the ship jump to make things a bit more complicated, after all.

That’s just about it for this package. It’s fortunate the game has reached such a cheap price point so quickly, because it’s certainly not a game that’s packed to the brim with content. The music is nice though; all pirate and with an air of sailing the sea, but there’s no personality at all in the actual game itself which would have made a huge amount of difference. There is a bright and colourful palette on show, and there’s a small amount of fun to be had in the multiplayer modes, but there’s no chance that more than a handful of people are going to be returning to this to nail the highest scores in Endless Mode.

As is so often the case, if you’re collecting to fill your eShop library, get this while it’s under a pound.

Pirates: All Aboard! is light on content and doesn’t carry enough of a personality to be a recommendable package. Other than in its dirt cheap form in the eShop sale, that is.