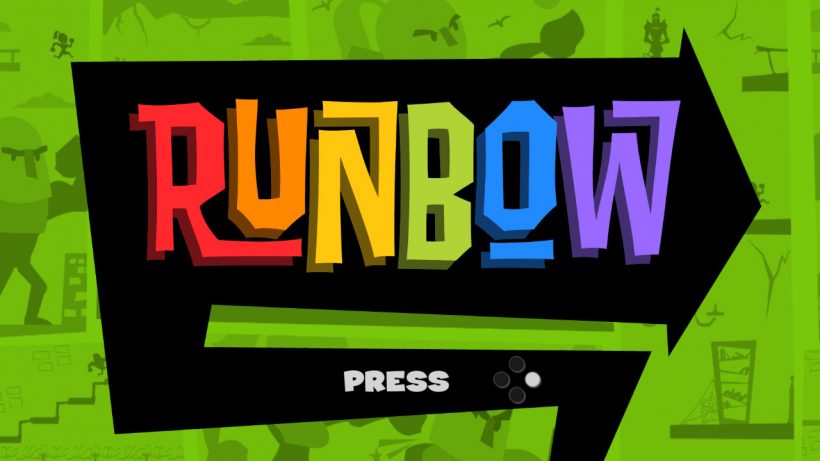 The most colourful party ever made.

From the initial launch of the Switch, the hybrid console has shown its strength as a good home for party-like group experiences. Nintendo’s 1-2 Switch and the charming Snipperclips were among the first examples, and other titles such as Jackbox Party Pack and Overcooked followed shortly. Now, it’s Runbow that aims to become the center of the party, bringing fun and madness in a multicolored package. 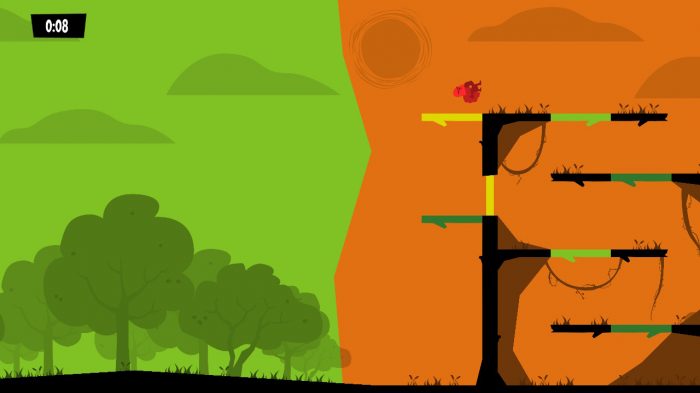 I don’t have a hue why, but the background color is changing constantly.

At a first glance, Runbow works in a similar way to many other platformers. You control a coloured character with the left stick or directional buttons, and can jump (and double-jump) with B. Some combat elements are present here too, as you can punch your friends – er… I mean, enemies – using Y. Combined with each directional, you can also perform some special attacks, like an uppercut or a ground punch. It does all that with an enjoyable 2D art style that has its charm. Until now, nothing new under the sun, right?

What makes Runbow more unique is its colour-based platform mechanics. While the main ground of each map is painted with a solid black – that represents an immutable platform – the other many smaller platforms scattered all across the map have different colours. The game’s background is also coloured, but it is constantly changing and cycling through colours that matches those from the platforms. When the background and platform colour is the same, the platform completely disappears, until the next change. Thanks to that, Runbow create a frantic race (or fight) to the victory, as you need to pay attention to the colour background, thinking in advance about the best path to the objective. 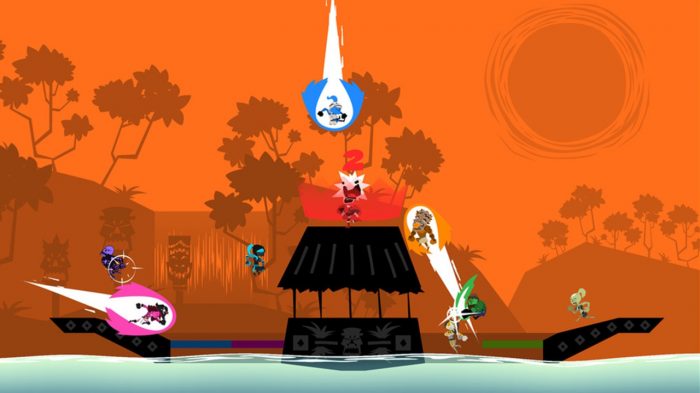 Don’t ask me. I didn’t undertand what was happening on the most frantic matches too – but it was fun!

Undoubtedly, the main meat of Runbow lies in its multiplayer modes. Each match can become a completely chaotic mess – in the good way – as you can choose to play with up to eight players locally, or nine online. They are divided into three different modes, which all uses the colour-based platform mechanics, but with different objectives. Run mode puts everybody in a race to be the first to reach the end of the level. Arena is a kind of battle mode, in which punches and level hazards are used to eliminate all the characters, until you have a single solo survivor. Finally, on King of the Hill, players will fight to control a single point on the map.

To increase the mayhem at each match, Runbow allows you to add a series of special power ups, which can be gathered through the map to increase your advantages. Unfortunately, a small drawback of the multiplayer modes is the lack of an option to add AI enemies. Due to this, you’re limited to the number of players available at the moment. It isn’t that fun to play with only two people, you know. 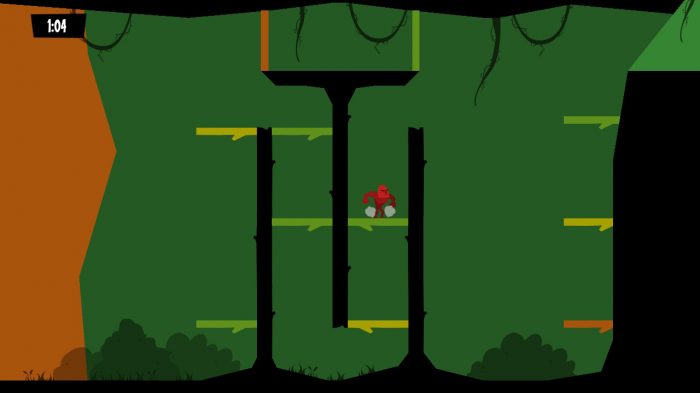 Don’t let all the color impress you. The single-player mode isn’t as bright as the rest.

Runbow also has a short single-player campaign. However, it isn’t as entertaining as its multiplayer counterpart. While the gameplay of Runbow does very well for the multiplayer mayhem, it doesn’t have enough finesse for some of the more challenge-driven levels of the campaign. Thus, when you’re trying to be more precise with the platforming, the game becomes more annoying than entertaining. Still, this doesn’t take away the fact that Runbow is a blast when played with friends, which is clearly the main focus of the game.

Runbow is a frantic platformer with a twist. With tons of funny multiplayer modes, it is a very funny party-like experience, even though its single player counterpart is a little pale in comparison.