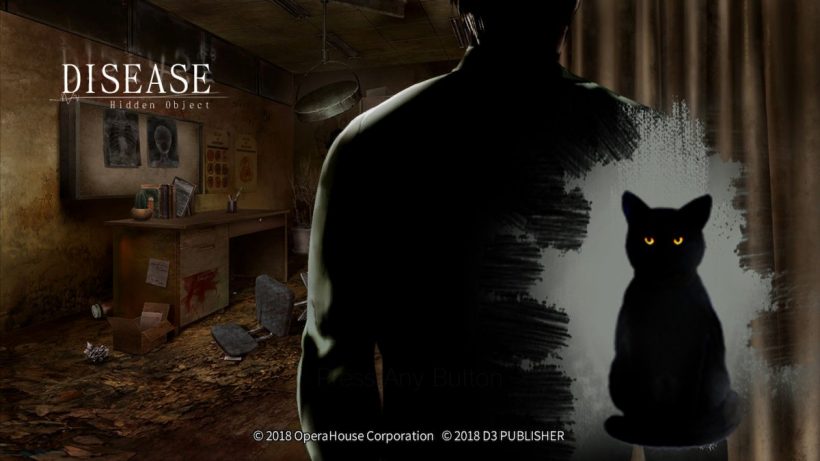 Will this disease leave you feeling sick?

Disease -Hidden Object- is one from the video game equivalent of the Where’s Wally genre – you’re given a checklist of items to find within a scene and you then go about inspecting every nook and cranny to try and find them.

Things are nowhere near as difficult is in Where’s Wally here, though issues do form in the way that some of the objects are so small they can’t really be distinguished. You need to basically touch everything in sight on the off-chance that it might be the item that you’re looking for, and as a result the game doesn’t quite deliver the level of satisfaction that you’d want in a game of this type.

The structure of the game takes the shape of eight unique scenes, with four different levels in each. The goal is the same in every level, to find every item mentioned on a list, but in a small handful of cases the formula is slightly altered as you’ll need to get the items in a specific order. The clues aren’t always clear-cut – sometimes you’ll have to decipher scribbles done by a child to figure out the intended items, while in other cases the mission is to decipher loosely-related clues in order to know what you’re looking for.

It’s difficult to recommend the best way to play this game. In a genre where the finer detail of the graphics is of the essence, the best idea visually is of course to play this on the big screen. But, that negates the handy touch screen on the Switch and slows things down immensely. It becomes quite a dull game as you drag the cursor all the way from the left of the screen to the right and back again by using the control stick, but if you instead choose to take the console out of the dock and start tapping, it’s difficult to truly enjoy the chase.

There’s another issue with playing using the touch screen. Very few of the levels penalise you for tapping the wrong areas, and the only thing which can cause you to fail (beyond not being able to find an item) is a very slow countdown clock. As a result, there’s rarely anything stopping you from rapidly tapping every single spot on the screen, and that’s not really the investigative feel that I’m sure the developers of the game would have been hopeful for.

Where the game does do well, though, is story. The levels follow a tale of a doctor contending with macabre goings on around the building, and some of the interactable objects are notes and journals which can be read for some chilling world building. Each of the four levels set within a scene alters the objects located there, leaving representations of different time periods and giving backgrounds as to the atrocities said to have taken place there.

The questions which need to be asked before taking the plunge on Disease -Hidden Object- include whether it’s worth it for the price. Ultimately, taking its £6.29 entry point into account, there’s a lot of titles already on the eShop which offer more entertainment for that amount of money. Disease isn’t a wonderfully memorable title, and you’re best off waiting for a sale.

Disease -Hidden Object- offers eight not-too-dissimilar levels which won’t really live long in the memory. Pick it up when it’s on sale.