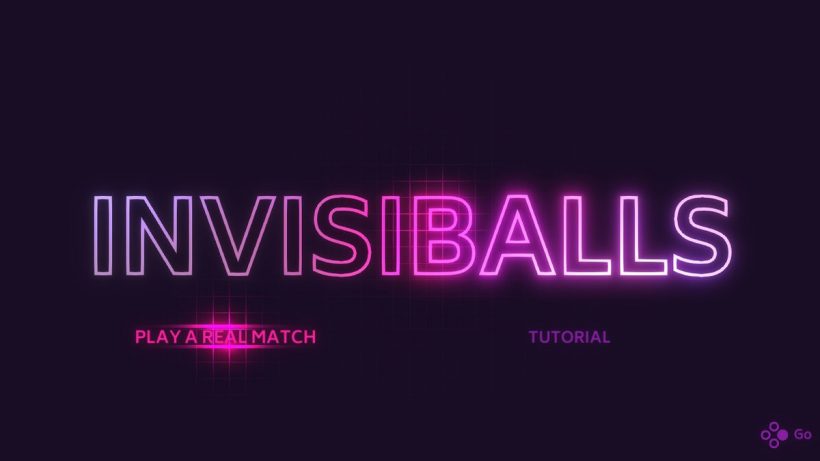 Balls to the walls.

Invisiballs is a very to-the-point package.

The game wastes no time in thrusting you into the thick of the arcade-style action – you pick a mode, pick a map and you’re right in. You simply control a dot moving through a labyrinth the size of the screen, which you get a top-down view of. As soon as the match gets under way, your ball will become invisible. You can move the ball up, down, left and right depending on where the walls are surrounding you, and you can’t change direction until you strike the wall that you’ve just moved towards.

How can you possibly know when this is, when you can’t even see the ball? Well, that’s the interesting thing about Invisiballs. The game makes use of the Joy-Cons’ HD Rumble to let you know precisely when your ball has struck a wall, and this can lead to a quite intelligent ‘call your bluff’ type experience when playing with some friends in the same room.

You can’t play this one in handheld mode, with the emphasis being on multiplayer gaming. In that respect, the ideal way to play is on the big screen of the TV, with up to four players using either a single Joy-Con or a Pro Controller gathered around, as it can get a little difficult to focus in tabletop mode, particularly when you can’t actually see where your ball is.

There are three modes to play – almost. The first, Free For All, is simply all about killing each of your opponents on the board, and dropping points each time your own dot gets dispatched of. The Gold Rush, meanwhile is something along the lines of a Capture the Flag experience, where you all dash to reach the gold and then shoot off while trying to evade everyone else as they try to intercept. A third mode, meanwhile, was still coming soon at the time of review.

Again – if the ball can’t be seen, how can attacking take place when you don’t know where your opponents are hiding on the board? Well, this one can be answered simply too. The A button is used for attacks, and each time you use it your ball appears briefly but noticeably as a blue dash. You can hold down the button to elongate the dash, but you can’t do this indefinitely. You wouldn’t want to, either – but it is handy to be able to alert enemies about where you are just enough to the extent that you can hatch a plan to sucker them into a corner and allow you to slyly pounce after you get them there.

You can fiddle about with options to slightly vary the gameplay experience – you can meddle with the time to score, score to win, time limit and accumulate time of your games, for instance – but with Invisiballs, there’s rarely going to be a marked change in the experience. Your enjoyment of this is going to centre on how capable you and your friends are as pertains to pulling off some intelligent gameplay and clever moves, with the successful one handing the victim with the urge to exalt payback. If that’s you, then great – if not, you’ll find the Invisiballs package a little light.

Invisiballs can offer the opportunity for some clever tactical gameplay, but it’s one of those games which is only as good as its players can produce.