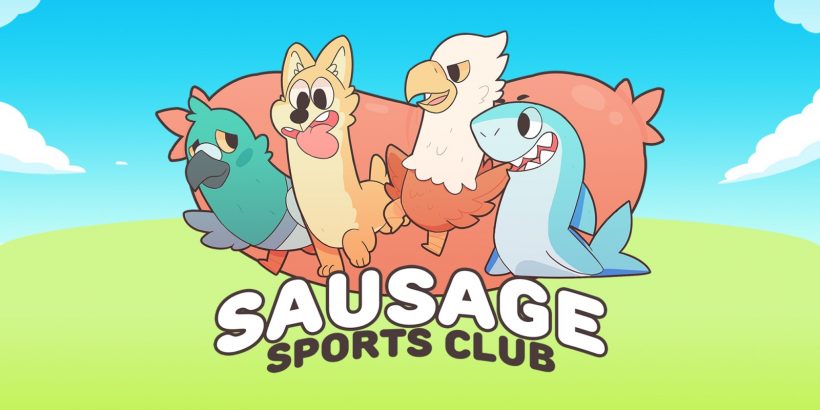 But you’re not playing the traditional forms of sports as you would in the likes of football, baseball, bowling and more, a la Wii Sports. Instead, you take part in a bunch of minigames which are loosely themed on the sport in question. Think of it as a sporting equivalent of Mario Party, if you will.

The game’s predominant mode, Adventure, takes on a storyline format which is pretty pleasing. Starting in a small enclosed hub, you’ll need to build up your experience in order to unlock new areas and therefore new sports, but the general overworld gameplay remains largely consistent throughout. You’ll need to talk to one character, before racing over to another character that was mentioned, and ultimately decide to settle their differences by taking to one of the sports.

They all seem to be focused on the same goal too – scoring points by disabling your opponents from the field of play for long enough so that you can target the objective, whether that be scoring goals or collecting coins. ZL handles the dashing, and you’ll be playing a frantic game of sausage dodgems as each play speeds comically back and forth in the hope of possibly tackling the opponent to the doom down a never-ending hole or on a bed of spikes.

Yes – there are many serious ways to make use of a sausage, but this game isn’t one of them. The emphasis is placed on the comical, with each character getting the tall sausage treatment and moving the right stick enabling you to wave or even helicopter their head around in cartoonish fashion. Moving the head does have a practical use – striking balls or hitting punch bags for instance – but the sausage look doesn’t have quite the family-friendly look we’re sure the developers were going for, with the bat character in particular looking quite phallic, for some reason.

The rewards for you are new characters, arenas and hats – yeah, it’s not mind-blowing. It’s about minor aesthetic adjustments, and you probably won’t dedicate too much of your time towards collecting them all.

You can jump straight into the sports themselves as part of the Quick Play options on the game’s main menu. But the Adventure mode is where the real fun is at. The game is quite charming and isn’t written too childishly, helpfully widening up its audience. Jokes which will go over younger players’ heads are a great touch, especially when there’s nothing dirty here as far as things which would be totally unsuitable for young kids to play. It strikes a balance between audiences, then, and that’s always helpful for a party title.

With “soccer” matches, capture the flag, sumo, paintball and coin battles, there’s a small amount of gameplay variation in terms of what goes on within the sports themselves. But it’s the personality of Sausage Sports Club which will have players remembering it a few months down the line. The games doesn’t take itself seriously, nor does it need to – it carves a likable first impression, which puts it above some of the poorer party titles even if gameplay wise it’s nothing too spectacular.

Sausage Sports Club is an enjoyable party title with bags of humour. It’s a little silly, but you should get some enjoyment here.