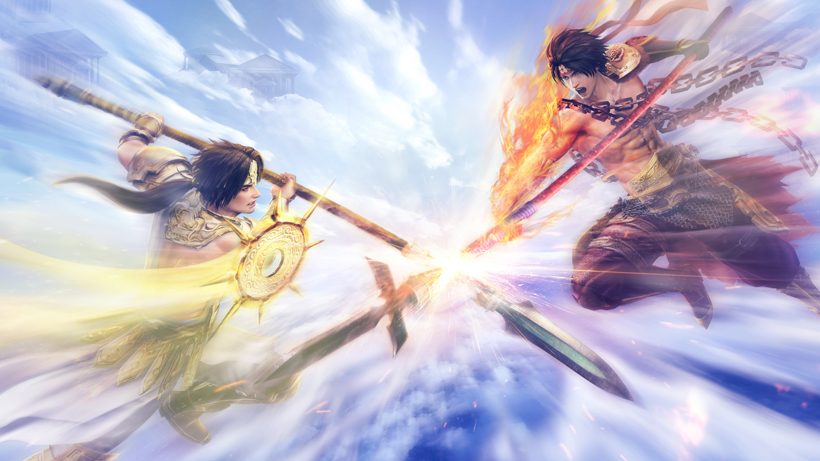 Who knew 170 playable characters was too many.

The Warriors series of video games provide players with the chance to step into the shoes of a powerful fighter and take on near endless amounts of enemies. In the latest release, Warriors Orochi 4, players get to unleash destructive powers with over 170 playable characters from both the Dynasty Warriors and Samurai Warriors series’, along with a few new characters as well. With so many playable characters though, does the title have enough to keep players engaged and offer an entertaining experience? Kind of.

Similar in vein to other entries in the series players will be spending their time hacking through enemies all while unleashing numerous powerful attacks and abilities. Controls are responsive with movements, attacks, abilities and the powerful Musou moves all having quick and fluid inputs. The camera can sometimes get caught on the environment but none of the core gameplay functions ever create a problem that stop the flow of combat, meaning players can keep attacking for as long as they want.

As each of the characters use the same controls, the variety in how they perform is in relation to their warrior type, level, upgrades and magic. Players will always control three characters in a battle and switch on the fly allowing for some interesting combos to be created along with building a preferred playstyle. By leveling up and unlocking skills a character will quickly become more useful on the battlefield and their magic offers more thrilling opportunities.

Much like their Musou actions, each character has a number of different magic moves available depending on the button the player presses and the amount of magic they use. There are a limited number of different magic items meaning some characters will share the same basic moves but each ‘ultimate’ action is unique. By spending all of a characters’ magic and Musou they can unleash a move that destroys everything standing in their way. It’s an intense and thrilling action that really makes the player feel powerful in the heat of battle.

The trouble with this gameplay, even with a interesting story that unfolds as you advance through battles and the wide range of character upgrade options, is that is becomes dull very quickly. Sadly many characters are copies of each other and this isn’t helped by the fact that Warriors Orochi 4 is quite frankly an ugly title. Besides the character models and animations the rest of the title is visually underwhelming. The environments are dull, lighting and shadows are lacking, textures are washed out and enemies pop into existence. Thankfully though the title does run at a fairly smooth and solid framerate with few moments of slowdown meaning the experience is at least playable.

Warriors Orochi 4 focuses too much in the wrong areas and ends up being a rather disappointing title. The roster of 170 playable characters is a nice selling point but in truth having a more polished visual style and further depth to the gameplay in favor of characters would of been better. Players will find enjoyment here but it can be quick to disappear as the dull and repetitive nature of the title takes center stage. Warriors Orochi 4 is not a bad video game but it is not the most impressive out there.

Having 170 playable characters is a nice selling point but lack of depth in the gameplay and poor visual quality leaves Warriors Orochi 4 being a disappointing title rather than a grand epic.