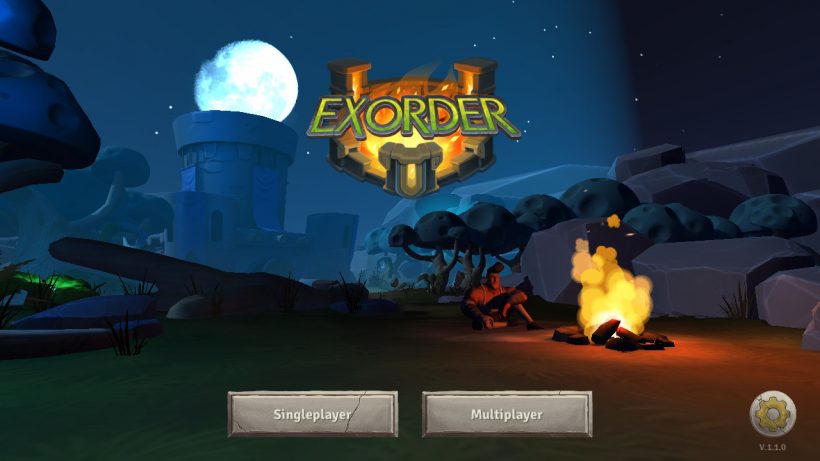 Exorder is a fantasy turn-based RPG, developed by Solid9 Studio. Having arrived on Nintendo Switch on October 16th, the game boasts a challenging single-player mode, both local and online multiplayer, a wide range of challenges to complete and a plethora of achievements to unlock. It is a jack-of-all-trades game, offering something for everyone to enjoy, but is it worth your money?

In the single-player campaign, you assume the role of Beyla, the rightful heir to the throne of Cerulean, who must fight for her right to the crown and protect her kingdom from harm. Throughout the twelve missions, you must complete the designated objectives assigned to you, and ensure that you survive to take the throne for yourself with the odds are stacked against you. Patience, a winning strategy and a little bit of luck all play their part in your efforts, so be sure to familiarise yourself with the various buildings, characters and attacks available to you early on in the campaign if you want to be successful. The same goes for the game’s multiplayer offerings; if you don’t have a plan from the get-go, your chances of winning are slim.

Exorder‘s turn-based combat is enjoyable across every mode, with a decent variety of characters, mechanics and attacks making the gameplay varied and suitably demanding. At the same time, however, the combat almost always feels unrewarding and cheap, with the vast majority of AI characters taking multiple hits to put down, and always seeming to be one step ahead of you. With more constantly spawning from enemy forts and castles, the game can quickly become incredibly frustrating, and you may begin to question the fairness and accessibility of the game.

The poor run-quality of the game doesn’t help to alleviate this frustration. Each turn is laboriously long, with each enemy’s actions shown on-screen during their turn. Lag spikes, screen judders and sound effect delays are commonplace, spanning the game’s introduction, campaign missions, challenges and even its multiplayer. Although the graphical quality of the game is good, there are so many performance issues that I couldn’t help but wish that the visual efforts had been matched in the actual development of the game.

Don’t get me started on the controls, the game’s tendency to jump from option to option at will, or the absolutely abysmal voice acting in each campaign mission’s prologue and epilogue segments. The touchscreen controls are easily the best, with precision movements being much easier to control; with the Joy-Con or Pro Controller controls, you are always one second away from doing something you really don’t want to, as there are often such severe delays in your selection inputs that your chosen character can end up running in the completely wrong direction, with no ability to undo or rewind your actions. This can be particularly damning when playing against online opponents, as they can take advantage of your mistakes and ruthlessly punish you for them.

For some, Exorder may prove to be a breeze, but for most, each campaign level will require multiple attempts to master. When taking into account the sheer number of issues with the game, the positive aspects are quickly eclipsed, and I can honestly say that – as much as I enjoyed playing the game for its combat and style – it requires so much work that I probably spent more time yelling at my Switch screen, than thinking about how enjoyable the game actually is.

Exorder had the potential to be great, but its technical difficulties, abysmal voice acting and frustrating gameplay make for a disappointing experience. While the core campaign requires plenty of skill and a solid strategy to beat, giving the game plenty of replayability, the unforgiving AI and overall poor design mean that you are more inclined to put the game down than try again. If you like fantasy and strategy titles, Exorder is worth a try, but only if you have copious amounts of patience.