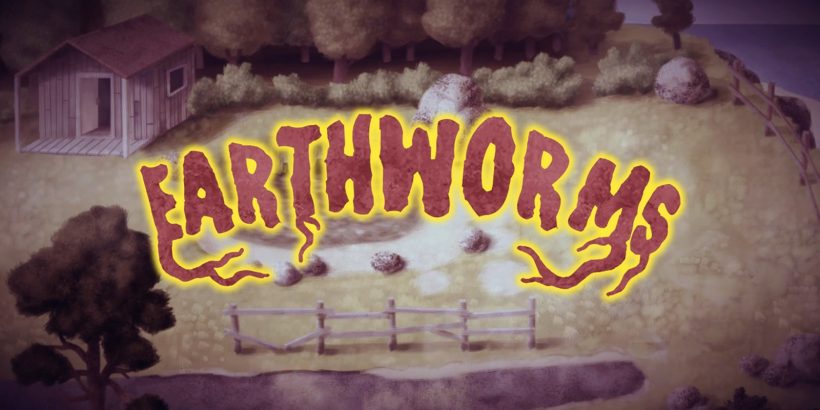 If you’ve got your eye on a Switch eShop title but are hesitant to go for it due to not knowing much of what it’s about, the best advice is to hang fire and see if one of the service’s drastic discounts take hold. That was the case for Earthworms, which was recently available for less than a pound – at that point, you can’t possibly justify not adding a game to your collection.

Earthworms is a horror point and click game which has you play as a detective looking to find out the mysteries of a small settlement which has a sinister air about it. Alien-like giant earthworm looking creatures are taking over the forestry, and its up to private detective Daniel White to get to the bottom of where they’re coming from.

Within the weirdly underpopulated area are a few characters who need to be interacted with in order to coax out items which will come in useful elsewhere: all very traditional point and click fare, of course.

Without giving away too much of the plot, Earthworms features scenes of grisly gore, portal warping and puzzle solving, as the developers launch an assault on players’ senses. What they succeed in creating is an atmospheric game world that, though short, do encourage a certain degree of replayability.

That’s because your decisions made throughout the game will lead you to one of three endings – positive (the most difficult to achieve), neutral and negative. Finding the positive one is less about searching every single nook and cranny of each area for interactable item and more about making certain decisions here and there.

The puzzles themselves are relatively simple to figure out, though some will have you moving from the beaten path in search of new items. One that comes to mind involved walking between trees to the bottom of the screen to collect worms from the foot of a tree that you couldn’t even see from the main pathway, and that’s the kind of exploration which you’ll need to keep at the forefront of your mind. Some objects and items appear to be in place for descriptive purposes only and that can throw you off the scent, but on the whole the path of the sequence of items you need to use felt pretty self-explanatory.

The hand-drawn visuals of Earthworms work here – there’s a real sense of creepiness to the presentation. The ins and outs of the plot aren’t the most gripping as far as point and clicks go, but there’s enough of a sense of wonder at play. I did notice a couple of bugs in the game, one where a text box refused to disappear and allow me to progress; but a restart later the game was back running as it should have again.

Earthworms is an interesting experience, for sure – it just might not stand out in the field of point and clicks.

Earthworms has an intriguing presentation but is a little short to live long in the memory. Fortunately, finding the three endings will increase your play time.