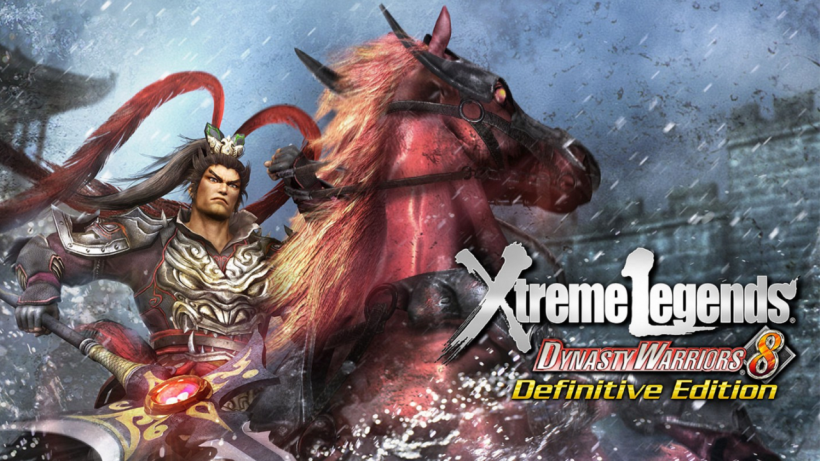 It’s often considered derogatory to liken a form of entertainment to junk food, yet here we are. For me, that classification signifies an easily digestible snack, albeit usually lighter on the complexities that various other more distinguished meals can offer. Should this be the case, I would consider Dynasty Warriors to be the crème de la crème of junk food video games; A title that it’s managed to hold since Dynasty Warriors 2, almost 20 years ago.

It’s not necessarily Dynasty Warriors itself that manages to be so easily playable, but instead its place in the ‘Musou’ style of games – a sub-genre that, at its most basic, focuses on open combat across large maps. In that respect, it’s not necessarily the first on the Switch: that honour belongs to Fire Emblem Warriors, followed closely by both by One Piece and Legend of Zelda iterations. With the exception of Hyrule Warriors, however, you aren’t likely to find a package so content-rich, as the inanely named Dynasty Warriors 8: Xtreme Legends Definitive Edition contains both the substantial content packs found in the Empires and Legends expansions.

Not only does it feature the additional content, but also the graphical and quality of life improvements found throughout too. The various Musou games that have been released before on the Switch have all found varying levels of stability in both the graphical and frame-rate departments and, thankfully, Xtreme Legends holds up surprisingly well in both docked and handheld modes. It’s clear to see that models are somewhat dated, but this certainly isn’t an issue considering the copious cacophonous clashes that feature so prevalent at the moment to moment gameplay.

For many, the expansive story mode will likely be the most enjoyable feature of the game. The content will be immediately familiar to those that have played previous titles, but the large roster of over eighty characters – each with their unique fighting style and backstory – help add essential variety to the potential monotony should it ever creep in. Combat is as approachable as ever, relying on style over substance, especially so with the devastating special moves that clear dozens of enemies at once. The variety between campaigns comes from the additional objectives that permeate each confrontation, such as ensuring certain strongholds are kept and various allies remain alive.

Outside of story mode, a more casual Free mode allows you to pick and choose scenarios with no real objective or penalties, and this is likely to be the biggest time sink for those that truly consider themselves fans of Musou games. On the other side of the spectrum, Challenge mode adds much-needed difficulty within set sequences, requiring stricter objectives be met within much shorter time limits, often pulling you in different directions at once.

DYNASTY WARRIORS 8: Xtreme Legends Definitive Edition is probably the most content-rich, sit-down and zone-out kind of game that has ever existed. With a multitude of modes at your disposal, and with friends in tow, you can’t go wrong with this.