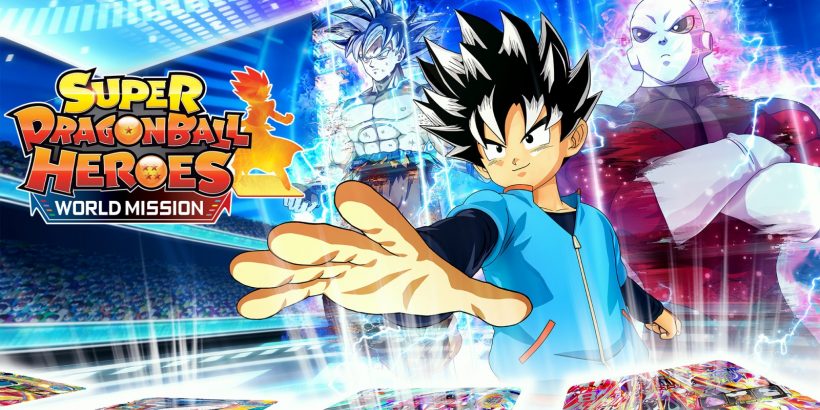 Have you ever envisioned a world where a Dragon Ball card game was the ultimate form of entertainment? If your answer is somehow yes, then this game is for you.

A young boy arrives in Hero Town, a city that looks like it was ripped right out of a rabid fan’s fever dream. The boy wants to become the ultimate Dragon Ball Heroes player, though characters from the game world start invading the real world, forcing players to combat this weird anomaly. The story is complete nonsense, but in a fun way that gives some nods for fans of the series.

And it’s the fans who Heroes is aimed towards. Unlike prior release FighterZ, which is a great fighter regardless of whether you know your Namekians from your Saiyans, Heroes is a harder sell to anyone but the most die-hard fans. That said, if you love the series, then the level of fan service here is completely bonkers.

Super Dragon Ball Heroes is unlike previous console releases of Dragon Ball games. This is essentially the console version of a Japanese arcade game, which uses physical cards you collect and use to fight against other players.

Thankfully this version won’t require you to spend any extra money on top to acquire new cards, instead forcing you to use tickets you earn in-game to try your luck with a random Gacha machine. This is in equal parts thrilling and frustrating, with the excitement coming from not knowing what cards you’ll get, but it also has the pain of relying on dumb luck to pull the cards you want.

The card game itself is a delight, as you build your deck using seven of your favourite characters from the series. Each game consists of five rounds, with the aim being to whittle down the opponent’s health to zero. There are attack and support lanes, and you must manage your cards’ stamina as you go through each round of combat. When you have placed your cards, the round will start, at which point you’ll need to input certain QTE actions to pull off moves or defend against attacks. It may sound dull, but it’s actually fun, and extremely addicting.

Heroes feels at home on the Switch, allowing you to use the touch screen to simulate the sliding of cards and activation of QTE’s. When docked, you can emulate those actions on the left stick, which is just as effective, though not as cool.

Character models and environments are based off of the ten-year-old Budokai engine, so the game looks a tad dated. The art on the cards themselves are incredible, and makes you want to collect them all. Unfortunately there is only the Japanese voice over, and the music can get repetitive, though the sounds of battle capture the thrilling over-the-top combat that the series is known for.

This is a card game aimed at Dragon Ball diehards, with enough depth, creativity and fan service to keep the fans entertained. It does suffer visually, and those not into the series may want to give this one a miss.