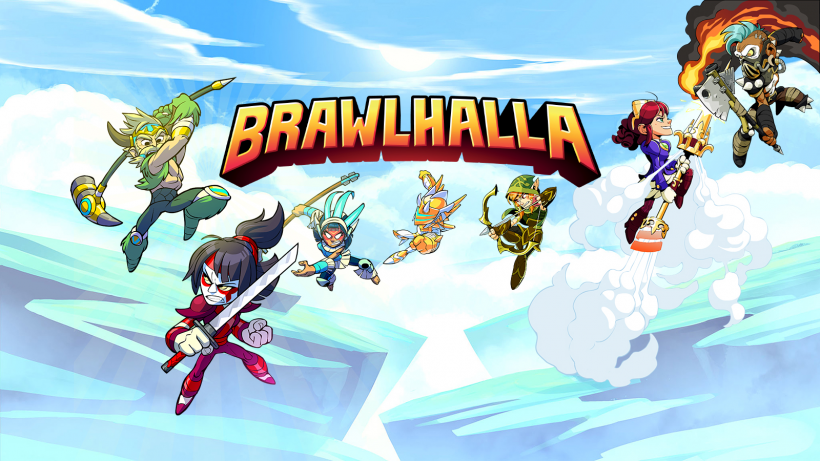 Fighting games on the Nintendo Switch have done remarkably well. Taking one look at Super Smash Bros., a game that very rarely leaves the top charts in the eShop, is all you need to know that. As such, it’s no wonder that other developers are following suit and trying their hand at, ahem, hand-to-hand.

Brawlhalla, a free-to-play fighting game, puts you and three other players from around the world against one another. At first glance it’s hard to miss how much this fighter emulates Smash Bros., though several things that make Smash so unique and interesting – such as being able to make your own maps, and interesting character move-sets – are notably absent.

Upon startup, you’re given a daily login bonus, which is mostly coins. This gives Brawlhalla an almost mobile gacha feel, as earning and collecting currency allows you to purchase “Legends” – Brawlhalla’s fighters. For additional items, such as new skins or taunts, you’ll either need to crack open your wallet and spend some real life money, or in typical ‘freemium’ fashion, grind. This may seem tedious and downright baity at times, but additions are cosmetic and optional, removing any worry of ‘pay-to-win’. Everything relies on your skill with the legend you pick.

In terms of the Legends themselves, there are over 40 to pick from, if you decide to pay. If playing for free, you’re limited to a rotating eight-character roster that refreshes every week. This is great for variety, as you’ll be able to play almost all of the Legends, but it can be a little off-putting if you’ve been learning and playing a certain character all week, only for them to not be available a week later.

Unlike most other fighting games, there’s no tutorial for Brawlhalla. Thankfully, Legends are very easy to pick up once you’ve been thrown into the deep end. Stepping into the fight for the first time, you learn to use both light and heavy attacks to your advantage, with the latter kind available to charge up for unleashing devastating hits upon your foes. The same moveset applies to each Legend, which is appealing if you’ve not got the time to remember every combination. It works well, but admittedly is a little simplistic.

Despite a similar control scheme for each character, your choice still makes a difference to gameplay and strategy. For instance, while some characters’ heavy attacks have you swinging your fists wildly, sending your enemy soaring off into the air, others can call forth a massive wolf that knocks you clean out of the arena if you’re hit. Available attacks are also dependent upon which weapons you equip, with various swords, axes, guns and more available to choose from. Usable items, including spiked balls, bombs, and war-horns, also mean that careful strategy is required, as they can give you the winning edge over your opponents.

However, Brawlhalla, like most fighting games, feels awfully lonely to play by yourself. While I enjoyed kicking butt and claiming victories over nameless nobodies, the true joy comes into play when you’re sitting down next to your friends and beating each other to a pulp. Combat, which is already pretty smooth and engaging, becomes more thrilling knowing that your pride is on the line.

Overall, Brawlhalla isn’t bad if you’re new to the fighting genre, but it just doesn’t have that same spark. Still, it’s free, and if you and your friends are looking for new ways to play together – this game is a good one to start with.

Brawlhalla is a great, free alternative to Super Smash Bros., but just doesn’t have the same spark that makes it stand out beyond that. Still, if you love the grind and want something new to play with your friends without needing an online subscription, this is a good choice.