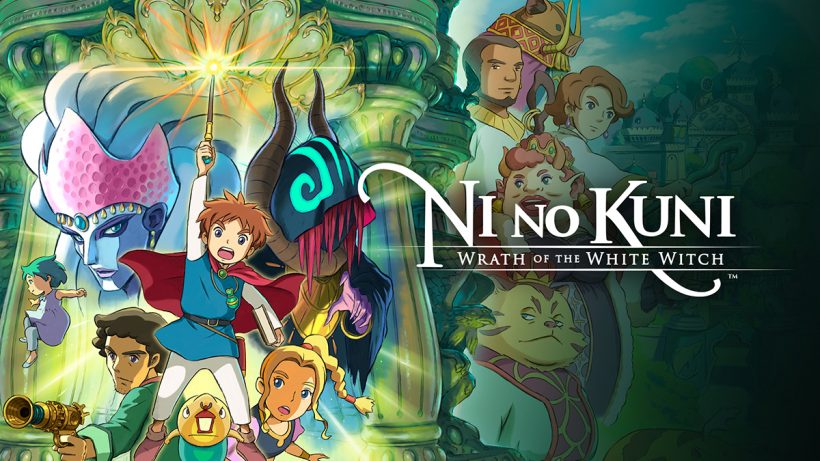 Back in 2013, the delightfully charming Ni No Kuni: Wrath of the White Witch by Level-5 released on the PlayStation 3. What had people buzzing about this game was the fact that anime giant Studio Ghibli was involved with the project, that company essentially being the Disney of Japanese animation. A remastered version of the game launched on other platforms recently, though Bandai Namco are just porting the original PS3 version to the Switch for us Nintendo owners.

Don’t let the lack of remastering put you off though, as the game holds up spectacularly, even to today’s standards. Visual style has been prioritised over graphical prowess, much like The Legend of Zelda: The Wind Waker did back in the day, or even Breath of the Wild to some extent. Level-5 have done an outstanding job of bringing a Ghibli-esc artstyle to the video game medium, with the character and environmental designs looking like they were ripped straight out of one of the studio’s classic films. Having Studio Ghibli handle all the animated sequences just reinforces that parallel. The game also has tremendous audio design, be it from the outstanding music, to the well acted voice over work.

But the game’s charm doesn’t end with its visuals. The main strength of Ni No Kuni rests with its strong cast of characters, along with its tear-jerking story of heartbreak and acceptance. The story revolves around Oliver, who is a well-mannered young boy from Motorville. After the loss of his mother, his tears break the spell on one of his soft toys, who happens to be Drippy, the Lord High Lord of the Fairies. Drippy reveals that his world is being ravaged by the evil Shadar, and that there may be a way to save his mother in this other world.

Although the story is mostly excellent, the last portion of the game feels a little tacked on, leading the end of the game to be a bit of a slog. Thankfully, the game’s characters help to keep investment in the story, even when it begins to bog down.

It also helps that Ni No Kuni has a solid foundation in terms of gameplay. Whilst exploring towns, you will be interacting with people and objects as you go. One of the main mechanics of the game is mending broken hearts, which requires you to use magic. Basically, a broken-hearted person has something missing from their character, which might be courage, or enthusiasm. To mend their heart, you must find someone with an abundance of what they lack, take a piece of their heart, and give it to the ones that require it. Beyond being an interesting puzzle, it is also a wonderful metaphor for the mending of Oliver’s own broken heart.

Outside of towns, you traverse an overworld map where you can engage in battle.  These combat sequences play out in real-time, but have some elements that resemble a typical turn-based JRPG battle system. Essentially, you can run around the battlefield as you see fit, and doing so is a good way to avoid being hit. You then select what action you want to take, whether it be attack, defend, use an item, use a magic ability and so on.

Actions take time to complete, and although they can be cancelled, there is a cooldown that you must wait for before you can use that specific action again, usually tied to how long that action would have taken to complete. As your party grows, you can begin switching between characters, though your party will be on the battlefield fighting together at all times.

Beyond the party members, you will also gain control over ‘familiars’. Familiars are creatures that you use to battle in the place of your current party member, and have different abilities, strengths, weaknesses and level growth associated with them. Gaining new familiars is done through the battling of enemies, where there is a chance that when a creature is defeated that hearts will appear over their head, allowing you to serenade them to sway them to join your team. You can keep up to three familiars per party member, and can change them in and out at specific locations.

Thankfully, transitioning between battle screens and the frenetic nature of the combat doesn’t slow down the performance at all. Throughout the 40-plus hours it took to complete, there were no performance issues to speak of. The game ran very similar in both docked and handheld mode, with no noticeable variation in quality between the two. Overall the quality of this port is very good, which is always a relief. If you are after a JRPG with a strong cast of characters and excellent narrative, Ni No Kuni should definitely be one to consider.

Ni No Kuni is a visually stunning classic, whose story of heartbreak will touch even the toughest of souls. Wonderfully-written characters, along with top-notch gameplay, help to bring this game to life, even if it eventually gets a little long in the tooth.