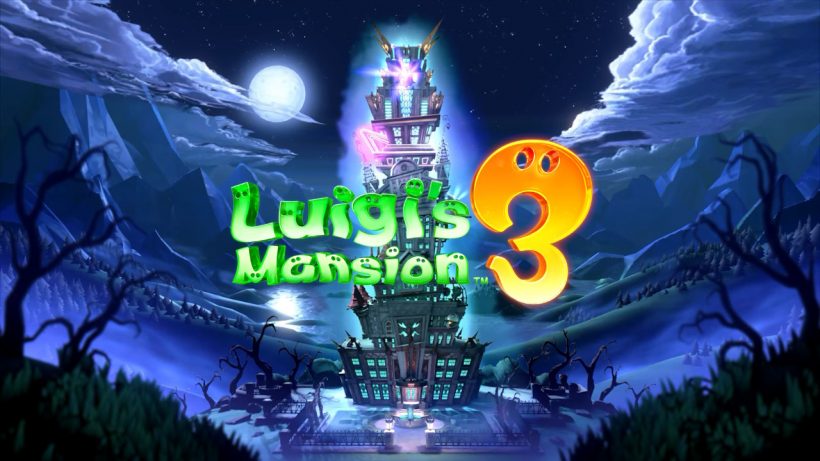 The “Year of Luigi” sure feels like a long time ago, and it didn’t do much to reverse Nintendo’s fortunes during the Wii U period. Indeed, the company posted heavy losses that year. Nonetheless, most of us could agree that the best thing to come out of it was Luigi’s Mansion 2 on the 3DS, a much expanded and decent sequel to the original GameCube launch title. Vancouver-based studio Next Level Games return as the developers of Luigi’s Mansion 3, and this instalment proves to be the best Luigi’s Mansion yet – even if it is no longer strictly set in a mansion.

This time, Luigi finds himself visiting a luxury high-rise hotel for what’s surely a long-overdue holiday for him, Mario and Peach. Three Toads tag along as well, but they remain as mere servants to haul the luggage, the poor chaps. Obviously, something spooky’s going on in this hotel – I mean, the name “The Last Resort” should have been a giveaway – and as it turns out, the owner is actually a scheming spectre. With King Boo freed once again, and all of your friends trapped inside painted portraits, it’s naturally up to you – the reluctant and cowardly Luigi – to save the day by dusting off your trusty Poltergust.

Graphically, this might be one of the best-looking Nintendo Switch titles yet. Yes, it’s still a very cartoony aesthetic, but where Next Level take a step up from Super Mario Odyssey is how the real-time cutscenes do an excellent job of storytelling with just expressive character animations and some sparing catchphrase-length voice lines for Luigi, as provided by the wonderful Charles Martinet. There’s still occasional dialogue boxes from a few characters to relay information, but overall it feels much more like you’re playing through a quality animated film. If Illumination hit this same bar with its upcoming Mario movie, we’ll be in for a treat.

The visuals also shine in their attention to detail as you explore the hotel’s 15 floors (plus two basement floors). Each floor has its own strange and distinct theme and aesthetic, and while some are what you might expect from a hotel – VIP suites, a shopping area, even a gym with its own pool – some also take the hotel to the outer limits of logic, such as a whole pyramid seemingly going floors deep. An overgrown garden with a plant that shoots up higher than it ought to for one floor? Why not, anything goes. Each floor is a delight to explore, with many nooks and crannies and puzzles to scratch your head at, even if it’s usually just locating a key or ghost.

A lot of the fun of Luigi’s Mansion 3 comes from using the Poltergust to make more mess than an episode of Finders Keepers before sucking it all up, including mountains of money (if only you could find that much down the back of a sofa, eh?). If there’s a loose poster on the wall, curtains, loo roll, you better believe you can suck all of it up. There’s also a new suction shot, involving shooting a plunger at an item or foe. If it sticks, you can suck and pull on the object – for instance ripping open a door, or stealing a shield from a ghost trying to evade capture.

The new Poltergust G-00 has more tricks up its sleeve, too. One of the handiest additions is that when catching ghosts, you can slam them around, giving a chaotic physicality to the action. Slamming them into other ghosts, or smashing up nearby objects and furniture, is an interesting change to the traditional gameplay.

But perhaps the real star of the show is Gooigi, a green gooey Luigi clone who first made a cameo in last year’s Luigi’s Mansion 3DS remake. He still functions as “Player 2” for co-op play, but he’s also far more integral to the puzzles this time around. For example, he can walk through gratings or spiked floors without taking damage (though he melts on contact with water), and where enemies or puzzles require a second person to lend a hand, he’s invaluable. Switching between the two characters in single-player is as simple as pressing R3 (a click of the right joystick).

While Luigi may often be playing second fiddle to his brother Mario, and while Next Level are a second-party studio, Luigi’s Mansion 3 is a title that proudly stands toe-to-toe with the most playful and inventive of Nintendo EPD’s repertoire. This doesn’t come any clearer than from the fantastic bosses you face on each floor, and the memorable and challenging spectral personalities that are much more than the formulaic “three-hits-on-the-obvious-weak-spot” enemies that plague Mario’s adventures. Even once you’re done with the 15-hour campaign, the hotel is still filled with many more rare ghosts and secrets hidden around that are plenty reason for you to extend your stay.

You might not be going to Luigi’s Mansion 3 for Halloween frights but with so many inspired set-pieces, mechanics and secrets, this is the ghost-gusting adventure at its charming best. But this time Luigi deserves to share his limelight with his green gooey doppelganger.