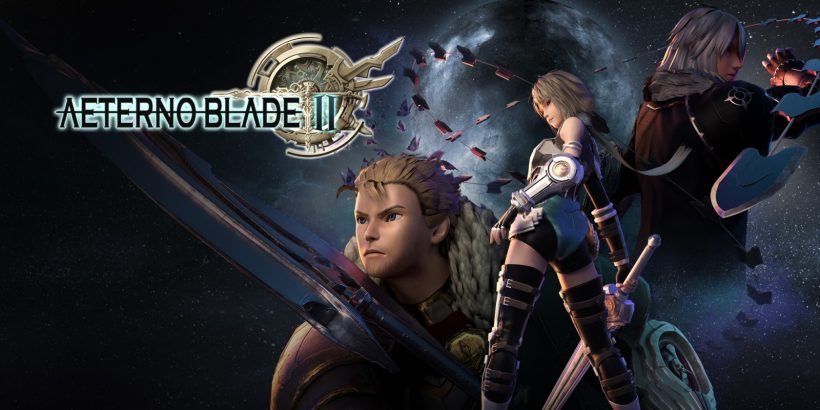 AeternoBlade II sees the return of the warrior-maiden Freyja. Similar to the first iteration, you will be searching for the AeternoBlade, an ancient artifact of immense power. This tool needs to be discovered once more in order to allow yourself the power necessary to defeat the evil ahead of you on this journey. Luckily, this time around you won’t be alone, as Felix and Bernard will be coming with you as all-new playable characters with their own AeternoBlades to discover.

As they try to save the world from the abyss, you will be taken on a grand adventure of bugs, unpolished mess, and even dreaded game crashes. Beyond those demons, however, you will find a decent combo-laden button-masher with some seriously confusing systems, and a pretty neat idea or two.

As a Metroidvania, this game has a combat system led by combo strikes and platforming, where you will move from screen to screen besting the baddies, while continuing forth. Back-tracking is fairly light as Metroidvanias come, but gaining abilities that allow you to solve puzzles for certain areas technically lets it fall into that genre.

While the combat is satisfactory, it definitely involves some accuracy issues. Players will regularly find themselves fighting to actually land hits on enemies, and even though a decent set of attacks, dashes, and parries are available to work with, I found that mostly you were better off just mashing away until the thing in front of you no longer existed.

The puzzles form one of the two decent parts of the game, with the time-based manipulation mechanics having had some thought put into them. AeternoBlade as a series has regularly used time as a mechanic, and here it had some potential, but the game sadly falls short in too many other areas to let this part shine.

The newly-minted 3D combat sections when fighting boss battles was a likeable addition. Instead of sticking to the 2.5D side-scrolling that is the mainstay of this title, you break away and have a bit more freedom in this new form of play. Even though the camera angling can remain janky, overall, this is a positive change from the first AeternoBlade title.

As mentioned, the game is unfortunately marred by some pretty bad performance issues. Loading screens can come not only between stages, but also between rooms as you work through a level. Beyond that, a bothersome infinite loading screen bug can also plague your experience, with other hard crashes occurring when entering boss fights, requiring that I reset several times. Visual and audio glitches are commonplace, with characters skating across the environment and losing their running animations, as well as breaks and crackling in the masterfully-crafted voice acting (the voice acting was comically bad). All of this make the game a pretty rough mess. There is a lot of potential in this title, and they clearly wanted to make some serious innovations going into the sequel, but some of the polish was undoubtedly lost while integrating the new mechanics.

AeternoBlade II really tried its best. I think the team had some ideas to really take this game to a level where it could compete with a Bloodstained: Ritual of the Night or Shantae: Half-Genie Hero, but all in all, there isn’t much to recommend here. If you are someone who really doesn’t mind fighting through the mud, then you could have a fun time with the puzzles and combat, but otherwise this is a bumpy ride. Disappointing.

AeternoBlade II had the potential to be a notable metroidvania in the Nintendo Switch’s library, but unfortunately it will be remembered as little more than a bug-laden mess, regardless of the couple of interesting ideas it brought forward.