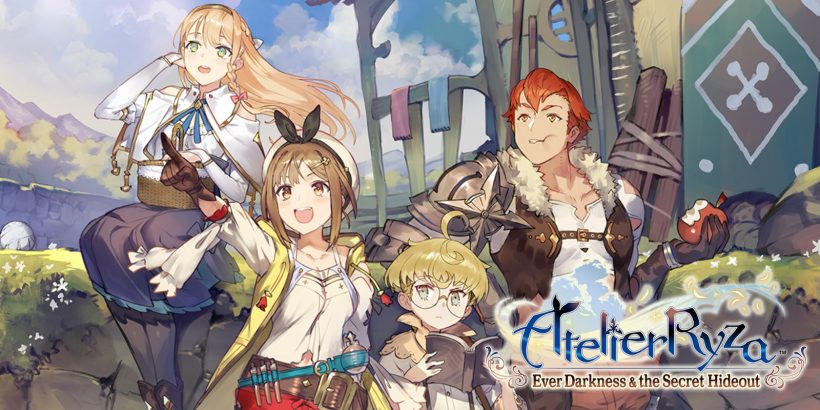 As a self-proclaimed JRPG enthusiast, I’m somewhat ashamed to say that I usually stick to the particular flavour of adventure that well known and long-established franchises offer, such as the Final Fantasy and the Tales Of series. In a bid to widen my palette, I half-heartedly searched for a new, immediately-appealing adventure to sink my proverbial +2 Sword of Healing into, expecting to walk away marginally disappointed at best. With thanks to fortuitous timing, the oft-mentioned Atelier series has a new title due on the Nintendo Switch, namely Atelier Ryza: Ever Darkness & the Secret Hideout, which seemed the opportune time to jump in if any. Thankfully, renowned developer Gust has infused this with all the ingredients of a bona fide classic in its own right, feeling both familiar and fresh in near-equal measure.

For Reisalin ‘Ryza’ Stout, the ever-spirited titular protagonist, the long for adventure propels her headlong into experiences that most would be apprehensive about. Her journey starts in a jovial fashion – as most JRPGs tend to do nowadays – where she finds an abandoned boat and, naturally, decides to commandeer it to a nearby island with her friends Lent and Tao. It’s through happenings on this island that the group need to be rescued by the mysterious duo Lila and Empel, the latter of which eventually promises to teach Ryza the series-staple of alchemy after becoming smitten with it mere moments prior.

Where such a rabid infatuation with a new element – a mandatory one at that, considering the series history – could easily come across as a forced story device, the manner in which it is handled is masterful. From the hour-plus spent with the team preceding this new passion, we’ve already come to accept and appreciate both Ryza’s plucky attitude and her apparent naivety of the world at large. Her personality never manages to come across as unbelievable, however, but simply in awe of everything, which compliments her admiration of the unknown so spectacularly. Naturally, her companions each have their own corresponding arcs and callings, yet they fail to captivate in the same manner.

The overall cohesiveness shown throughout the package, from the world design to the battle structure, employ the same light, cutesy theme that Ryza so clearly embodies, despite being a serious JRPG underneath. Combat structure is akin to that of the Active Time Battle (ATB) system used sporadically in Final Fantasy titles, where each character will wait an allocated amount of time until they’re available to attack.

This is built upon with the inclusion of Action Points, awarded for attacking enemies, which can either be spent on powerful attacks or banked to allow multiple standard attacks per turn. Alongside other additional mechanics introduced further on into the game, each encounter provides a dynamic ebb and flow to the proceedings which keep the central mechanics feeling fresh and exciting.

The environments are also in keeping with the thematic beats provided by the narrative, favouring whimsical areas that were visibly designed with the Switch hardware in mind, even despite this being a multi-platform release. Bright, basic structures and wildlife are littered sparsely throughout the scenery that looks in keeping with the overall aesthetic and, impressively, looks as magical when playing handheld as they do when docked. Frame rate is largely consistent throughout but, if I’m being picky, the temperamental texture pop-in was often distracting when traversing large areas at a time – a minor blemish on an otherwise beautiful game.

Whilst the whimsical nature of Atelier Ryza can act as a double-edged sword, Ryza’s personality is a joy. In-depth combat and item synthesis are cleverly utilised throughout and, despite characters and narrative producing varying results, the overall quality is high.