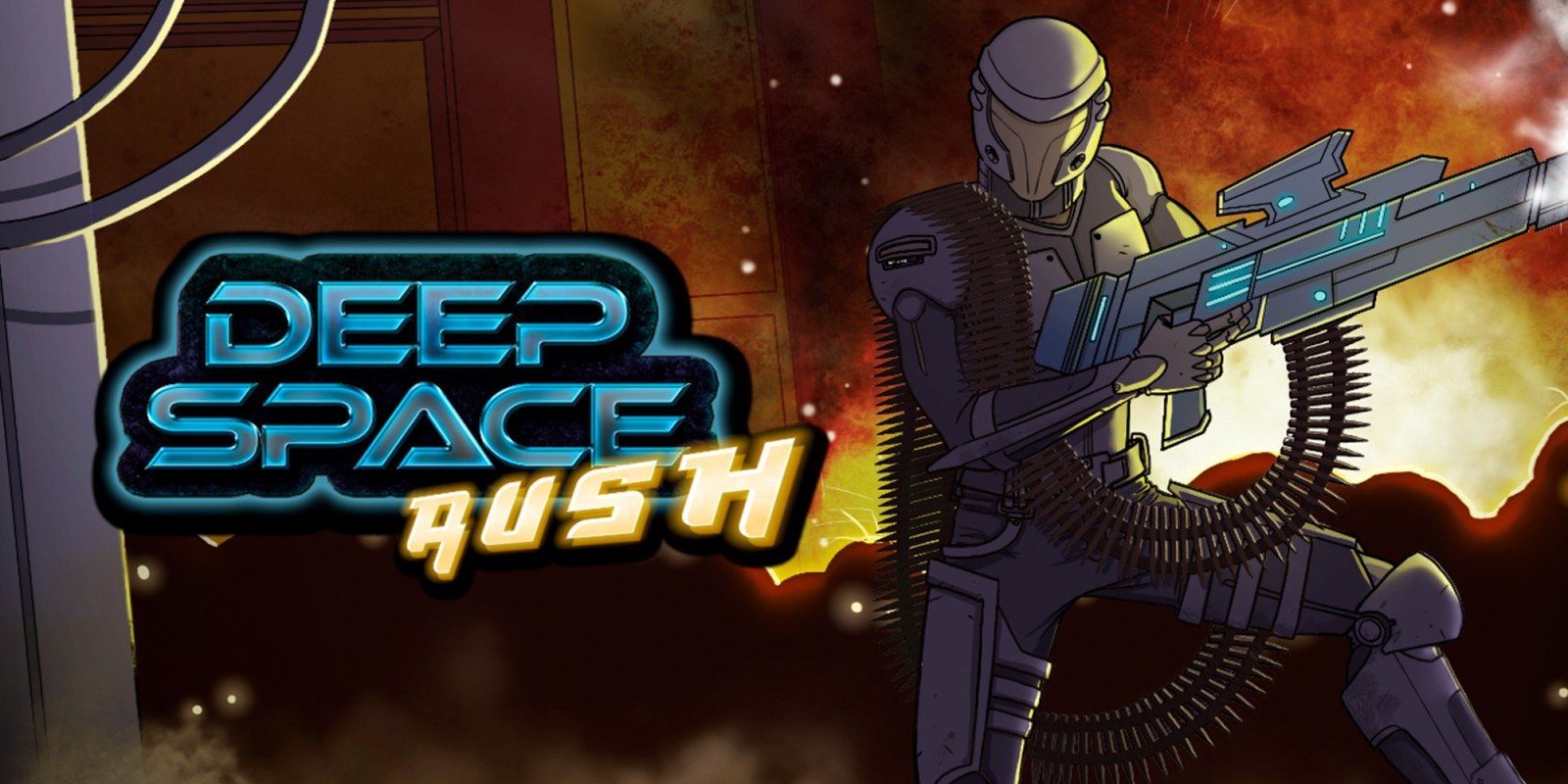 The latest procedurally-generated shooter to hit the eShop, Deep Space Rush is a game that may keep you busy for an hour, but not much longer. According to the eShop description, the game will see you venturing through space stations to stop the spread of a virus outbreak, but in reality, you’ll be hard-pressed to find any mention of the virus within the game itself.

It’s a shaky foundation upon which to start the game, and things don’t improve much even by the time you’ve seen everything that it has to offer.

The gameplay in Deep Space Rush is simple, so the lack of context won’t get in the way of finding your way around. The formula boils down to collecting coins, shooting monsters, and navigating traps until you die, at which point you receive a score and do it all again. If it sounds repetitive, it’s because it is; beyond monsters with slightly different behaviours, there’s minimal variety in terms of the gameplay itself, so if chasing high scores isn’t what gets you up in the morning, Deep Space Rush might leave you underwhelmed.

There are, however, various unlockable upgrades and perks. These may offer some incentive to keep playing, ranging from extra health and temporary shields to a selection of different weapons, which, once unlocked, are found scattered at random throughout the map. Upgrades are permanently activated once they’ve been unlocked, which some players may welcome, however, this does mean that there’s really no strategy to which upgrades you can use at a given time. In a game where the core gameplay isn’t all that exciting, this feels like something of a missed opportunity.

Deep Space Rush is further let down by its uninspired level design. In essence, the map itself is an endless corridor along which you can only progress in a single direction. This isn’t in and of itself a bad thing, but given the fairly limited variety with regard to what the environment offers (spoilers: it pretty much only allows steps up and down), it’s hard not to feel that something is missing here. Since procedural generation is typically used to ensure that no two runs are ever the same, it’s ironic that after about twenty minutes of Deep Space Rush you start to feel like you’re just playing through the same bland levels over and over again.

The level design also falls flat in certain contexts, with occasions arising where it is impossible to continue if you encounter the wrong type of enemy at the wrong time. Specifically, one type of zombie self-destructs upon defeat, taking out a chunk of the floor with it. While this provides some welcome relief from the monotony of the endless corridor, it occasionally results in a gap that can’t be crossed, for example, if there are spikes directly opposite the jump, or monsters on the ceiling that will drop on you, pulling you into the gap. As it’s not typically possible to damage the spikes or attack monsters on the ceiling, these sorts of occurrences tend to bring your run to an unfairly premature end.

If there is one redeeming feature of Deep Space Rush, it’s that its chiptune music is relatively catchy. However, the music isn’t enough to save the game from being a fairly dull experience.

With so many other outstanding shooters on the Switch, you’re better off giving this one a miss.

There’s no sugar-coating it: Deep Space Rush is boring. You may find slight enjoyment if you like chasing high scores, but the uninspired mechanics and bland level design get in the way of any sort of truly enjoyable experience.