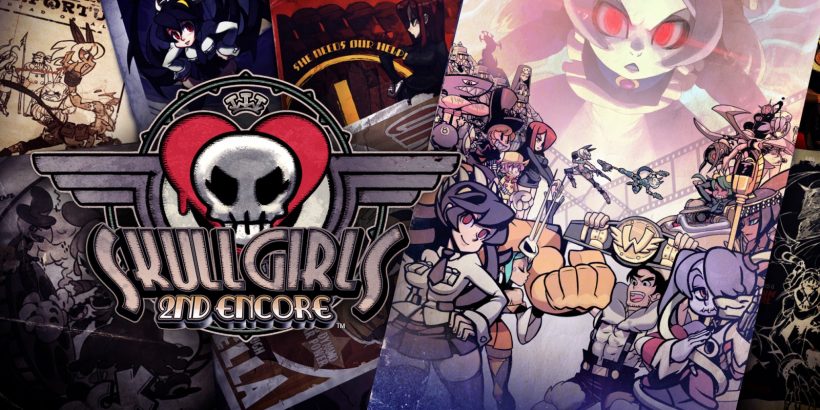 If there’s one thing the Switch has in abundance, it’s fighting games. From the age old SNK classics to the blockbuster hit, Super Smash Bros Ultimate, it’s got it all. For those after something brutal and unapologetic, there’s Mortal Kombat 11. For the young and active, there is Nintendo’s own ARMS. And, for those seeking something fast-paced and mildly inappropriate, there’s Skullgirls.

Billed as a beautiful, hand-drawn 2D fighting game, this Skybound Games’ published title has received a new lease of life on the Nintendo Switch. Having seen success on a variety of consoles since its initial release in 2012, Skullgirls 2nd Encore is now out on the Switch, bringing with it an eclectic cast of 14 unique fighters and a whole host of DLC.

Whilst DLC and character development sounds great, a good fighting game has to be, above all else, intuitive, engaging, and fair. Fortunately, with the exception of a couple of instances, Skullgirls 2nd Encore is a combination of all of them and then some. The fighting is lively yet strategic, frantic but controlled. The developers know what works well and have focused their efforts on mastering these. There are no gimmicks or progression systems, just good old-fashioned 2D fighting with a modern take on artistic design.

From the outset, there is a level of polish to Skullgirls which could easily be attributed to the many releases and re-releases since the Xbox Arcade original. The game looks and sounds superb, with the fighters creatively designed and expertly crafted to engage and delight as they take centre stage for showtime. The details are on point, showcasing the talents of the artists and the development team to get the characters bouncing around the stage, putting to use their props and delivering hit after hit. The backdrops are equally as impressive and, when displayed alongside the fighter animations, it creates visuals that rival any of the top fighting games on the Nintendo Switch to date.

Complimenting the on-screen action are a variety of game modes available for play either alone or with friends – locally and online. The single player offerings include a comprehensive story mode with each of the 14 fighters receiving their own voice-acted narrative. As well as this, there are the staple arcade and survival modes to ensure that the desire to revisit this title is there. The online play is an excellent inclusion, however, finding a match can prove difficult. When one is found, it is often equal parts smooth and competitive.

Furthermore, Skullgirls 2nd Encore represents a game that is definitely one to master. There is a comprehensive list of complex fighting moves to learn, and, when coupled with the occasional spamming of a particular move by an opponent AI, it can prove to be too much to overcome.

For all that Skullgirls 2nd Encore does well, it alienates itself from the competition with inappropriate character costumes and some rather strange storytelling. It won’t be for everyone, and with a fighting game that is so well designed and enjoyable, this is a shame. All in all, Skullgirls 2nd Encore is the very definition of ‘if it ain’t broke, don’t fix it.’ This isn’t the most forward-thinking or ground-breaking fighting game, but it offers up a fantastic fighting experience at an excellent price on the Nintendo Switch.

Like a favourite movie, Skullgirls 2nd Encore will keep you coming back long after the credits roll. Its beautifully crafted, if a little distasteful at times, and proves that fighting games don’t need big name characters to win plaudits.