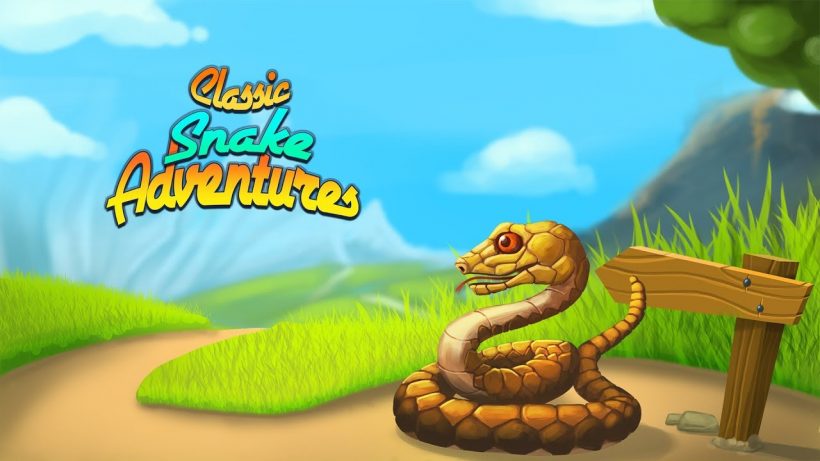 It’s rare to find a game so intrinsically at odds with its simple premise these days, and yet, somehow, here we are. Classic Snake Adventures attempts to capitalise on the bottled nostalgia of the original mobile game of yesteryear but unceremoniously stumbles at every step of the way, leaving both a sour taste in your mouth and debilitating disappointment in your ageing heart. Or something thereabouts.

I’d love to write the above off as hyperbolic tripe but the immediate disappointment and sheer bewilderment that such an experience mustered is astounding. For those that don’t know the simplistic majesty of Snake – and I can’t even fathom that there may be people that don’t already know the basic premise – you control an ever-growing character as you travel around a static environment, eating small objects to facilitate your ever-growing-ness. You lose by colliding with the wall/border or, more likely, yourself, and so the cycle continues.

Yet, Classic Snake Adventures foregoes this simplicity and causes immediate mishaps from the get-go. The UI is simple enough to navigate around, if not entirely uninspired, but the first of many red flags was the nature in which the game presents itself, specifically being individual ranked levels, ala Angry Birds, Candy Crush, and their ilk. Should the gameplay have been spot on – read: challenging and addictive – the nature by which the levels are presented would have been a nuisance but not entirely detrimental, allowing smaller, bite-sized challenges earlier on for those so inclined. But, as stated, the game seems at odds with itself, adding elements that cause a sense of unease and confusion from the start.

The most glaring of overcomplications comes in the form of the upmost basics – movement. Individual levels seem to be on a slight curve and this results in pickups and the new “Bonus” items to appear off-axis to the titular Snake, always leaving the perception of inaccuracy to seep into your consciousness, even if the game itself counteracts this by being lenient with the pulling of said items into your unquenchable gullet like a munchie magnet.

Worse, however, are the borders of the levels. Despite looking smooth enough to travel along, as per the original, they feature a rough, craggy aesthetic, one that directly impacts gameplay. Even the smallest of barely-visible, obtrusive elements can cause you to lose a life, resulting in an uneven, seemingly questionable death should you stick close to the edges – a necessity from game to game. I’ve had consecutive items appear upon the same horizontal line mere squares away from one another, yet I’ve been unable to stay on said line due to the smallest of pixel differences.

This frustrating design choice is the same across all of the 100 levels, split across 5 not-so-distinct worlds. The problematic border-layout remains the same, although the theme changes throughout. Nature, Ice, Lava, and so forth – the usual suspects of level thematics are all present throughout but are all entirely interchangeable. Should you ever get bored of the lone Adventure mode – and I can assure you that you will – you at least have the most grating of soundtracks and sound effects to inject some much-needed anger into your ear canals and, as we all know, anger leads to hate and hate leads to suffering, which is certainly how I felt at the end of my time here.

Editor’s note – 3 March 2020: A patch for Classic Snake Adventures was released in late February, however, our review reflects the game as played before the update. Developer CrazySoft has contacted Switch Player to inform us that many of the issues raised in our review have been addressed in the patch.

Guaranteed to entertain you for no longer than 5 minutes, Classic Snake Adventures forgoes the simplicity that made the original an actual, honest-to-goodness classic. There’s potential should the developers return for another try, but I wouldn’t hold my breath.