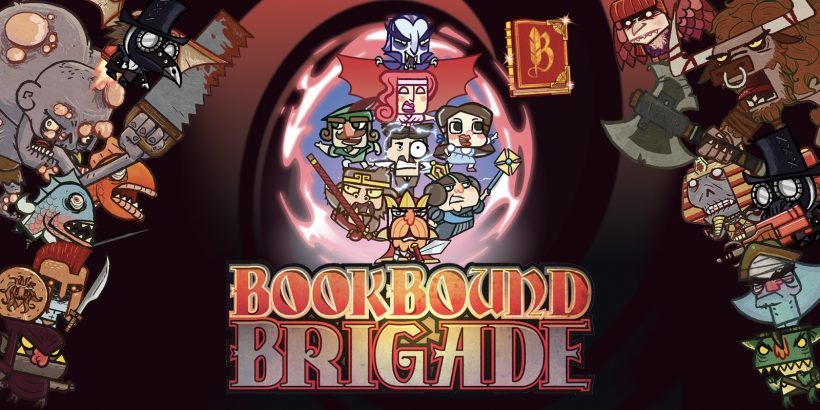 There are a lot of Metroidvanias on the Switch, aren’t there? With the likes of Hollow Knight, Bloodstained, and Dead Cells, you need a game with a little twist to keep you entertained. That’s where Bookbound Brigade comes in.

Bookbound Brigade is a 2D, side-scrolling, Metroidvania game with a literary theme where a huge bunch of real and fictional characters must unite to try to recover the Book of Books – otherwise known as BOB – that was stolen by some evil people (isn’t it always?) and left them with a little bit of amnesia! They can no longer remember who they are/were.

Although Bookbound Brigade doesn’t follow a particularly unique storyline, the way the characters depict themselves and communicate with each other is hilarious. Each character in the game is a real or fictional person from History, but don’t worry, if you don’t know who they are, you can always read up about them in the character section in the pause menu. Once you learn about a character, a lot of the puns and gags will make a lot more sense.

You will control and meet many iconic names throughout your literary journeys such as Count Dracula, Robin Hood, Queen Victoria, Dorothy Gale, and many, many more. But the twist is that you control all your characters together, as a little bundle of joy – somewhat.

Controlling a total of eight characters simultaneously sounds a little daunting, don’t fret though, as all your characters will band together to make a formation which you control as a whole. There are no individual characters to control. As you progress through the story you will unlock more formations, more powers, and more upgrades for each of your characters. But more on that later.

So, what do you actually do in Bookbound Brigade? Well, essentially you will be exploring various levels and defeating enemies to unlock new abilities in order to access areas that you couldn’t pass beforehand, uncovering more interesting characters as you go. It can get a little repetitive, but the characters are enough to keep you entertained.

Formations are perhaps the most interesting mechanic of Bookbound Brigade but they can also be the most annoying. You will have to get into certain formations in order to complete certain puzzles or get passed certain areas, like the column formation or the Line formation. Switching these formations when in battle or jumping can be extremely finicky and will take some getting used to. Even then, the controls are awkward – I died many times just moving between fireballs because my character(s) were ever so slightly too far forward.

So, these powers and upgrades you can unlock, what do they do? They will bring game-changing mechanics to the game that will be vital to progress, and what’s more, your powers are exclusive to each character. For example, Count Dracula unlocks the ability to double jump using his bat-like wings allowing the whole team to double jump as a whole. Very helpful.

Bookbound Brigade has a lot going for it and that continues with its art-style. An incredibly vibrant and cutesy vibe reigns throughout. Hand-drawn visuals throughout and inspired by book illustration! The game itself runs smoothly as intended to, I do wish the load time were a little shorter though.

With a whole host of characters to learn about, areas to explore, and upgrades to unlock, Bookbound Brigade is a charming game with some fantastic platforming mixed with interesting and witty characters. But it’s not without its issues. Immerse yourself into this book-inspired world.

Bookbound Brigade offers players a somewhat educational Metroidvania experience that will either leave you in fits of laughter or less than impressed. But for the amount of content, it’s absolutely worth it’s the price tag.