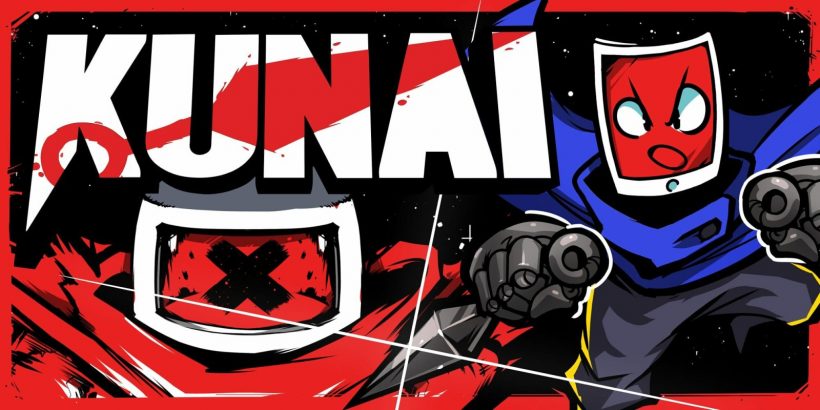 Spider-Man, an iPad, and an ancient ninja warrior walk into a bar. The amalgamation of these dissimilar parts becomes Tabby, the high-flying protagonist of the Metroidvania — Kunai. While swinging through the air with an array of martial arts weaponry, you will be tasked with destroying all manner of evil robo-enemies during your adventure. Utilising a minimalistic colour palette and detailed pixel-graphic environments Kunai looks great while feeling tight and precise. Outside of being a bit short on story and featuring broken up world areas that feel too far apart, this action-platformer shines from top to bottom.

An underground resistance group uncovers a cryo-tube deep in some sort of research facility. Awakening from this slumber comes a tablet-headed machine named Tabby, who appears to be quite special. This world has seen the demise of most of the human race at the hands of a terrible A.I. named Lemonkus. Aiding the resistance —while changing the fate of the world—is the mission for our protagonist. As you move from area to area, you will find some interesting characters who make this world come together nicely; however, the story never gets deeper than what you receive in the opening segments, leaving a lot of potential behind. Those who value story above all will find this extremely disappointing, but everyone else will quickly move on due to the top-notch offerings in the gameplay department.

Momentum is the name of the game to properly platforming in Kunai. Being able to keep the gas pedal pressed down to the floor will allow you to, not only precisely make the jumps necessary to progress, but also keeps you feeling suave from start to finish. Items gathered throughout the story allow you to increase your abilities, from the titular kunai to some sick SMGs, you can seriously stomp some automatons.

Fighting through the hordes will be accomplished in fashionable ways, as you chop through enemies with your katana, and in later levels, utilise those SMGs and a rocket launcher to blow away the mechanized menace. Everything combat-wise is fairly straight forward, with my only complaint being in properly landing blows. Swings from the katana cause you to take a step back, which means spamming successive hits will have your first strike connecting, with the following ones missing, usually causing you to get shot in the face. Slowing your attacks down and gaining back your ground is the proper strategy but doesn’t feel right, even if it is the smallest of hindrances in this otherwise knock-your-socks-off combat style.

Several areas are unlocked throughout the playthrough, through those pesky Metroidvania-esque barriers. Each being beautifully crafted, they are a joy to experience, but when you have to travel from one end of the world to the other with very few unlockable short cuts, respawned enemies, and tough jumps throughout each area, it becomes a chore to make the journey.

Collectable hats of all shapes and styles allow for an incentive to exploration that makes Tabby cuter than ever, which is surprising considering the amazing faces made by our computerized friend throughout.

Kunai offers a perfect mix of gameplay, aesthetics, and fun factor. If only the backtracking wasn’t so annoying and the story was fully-fledged this could easily be deemed a triumph, but even with that being said, Kunai should easily be considered one of the better Metroidvania titles available on the Nintendo Switch and deserves a spot in your library.

Kunai comes together as one of the premium Metroidvania offerings on the Nintendo Switch. Some flawed design here and there and light story aspects aren’t enough to detract from the excellent gameplay offerings, top-notch pixel graphics, and clean aesthetic.