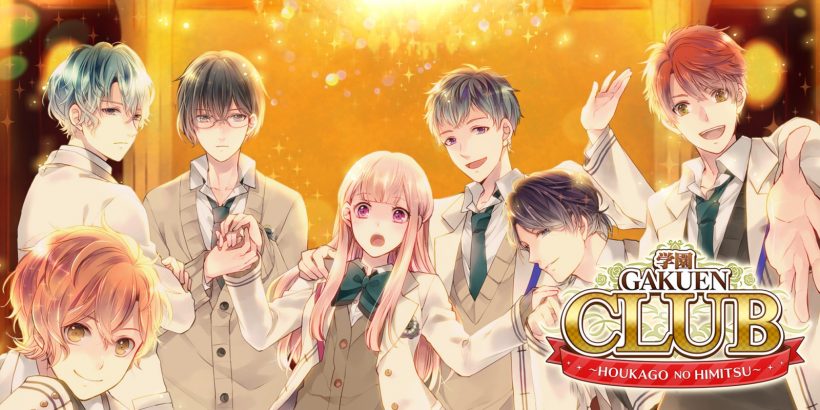 In both video games and real life, I am inexperienced when it comes to romance. I have, however, been gripped by other genres of visual novel, so I was more than willing to give Gakuen Club a fair shot. The title is an otome game (a romance game targeted towards women), and the plot revolves around a female main protagonist and six male characters to form romantic relationships with. Put simply, cute girl meets cute boy. It’s hardly a complicated premise, and this game in particular suffers for it.

Before I dive into Gakuen Club‘s downfalls, let’s cover the basic package it provides. The game consists of a short prologue chapter and six alternative routes to play through, one per cute boy. And yes, in my opinion, the boys are cute – it’s undeniable. Each route has fifteen chapters of varying lengths and two endings. In the normal ending, you fail to get the guy and live a long and lonely life, presumably. There’s also the happy ending, where the boy tends to sacrifice something important to him in order to be with you, the girl he’s known for all of one school year…

Anyway, there are various text scrolling options available to make your reading easier, and you can skip through text entirely if you want to completely miss the point of a visual novel. There are a few reading speeds on offer, which is serviceable, but I would have preferred a slider to better customise the speed. Normal was too slow, and fast was too fast, so the auto-read option was rendered useless for me and I turned it off completely. Most of my time in the game was spent simply pressing A to advance the text, which became mind-numbing quickly.

Sadly, the storylines also become stale before long. I played through three of the six routes and discovered that they have mostly the same plot beats. You’ll have your first day at school, go on a shopping trip, run the school festival, and have the winner of the secret club’s competition announced. The routes are incredibly linear, presenting very few choices with minimal impact on the story you read. You’ll be lucky to get five snippets of extra text for picking the more romantic option. At the end, if you’ve been romantic enough you get the good ending. Hooray.

If it weren’t for the fantastic artwork on display (bar the blurry backgrounds), I’d have struggled to focus on the game as long as I did. The characters are all wonderfully drawn, and the unique images for each route are great as well. I found the music in the background pleasant too; there was a suitable track for every mood. The Japanese voice-acting for every character (except the un-voiced protagonist) was also of a high quality.

But while I enjoyed my first pass at Gakuen Club, each following play-through was almost identical to the last. It features bland, stereotypical characters that mainly shine for their good looks rather than any semblance of engaging personalities. There are almost no interactive elements here at all since the game features the most basic player choice options. I’d have enjoyed it a lot more if the six routes were melded together, with a more intricate network of decisions to naturally make. Alas, Gakuen Club provides only the bare minimum, and will only really be enjoyed by existing fans of its genre.