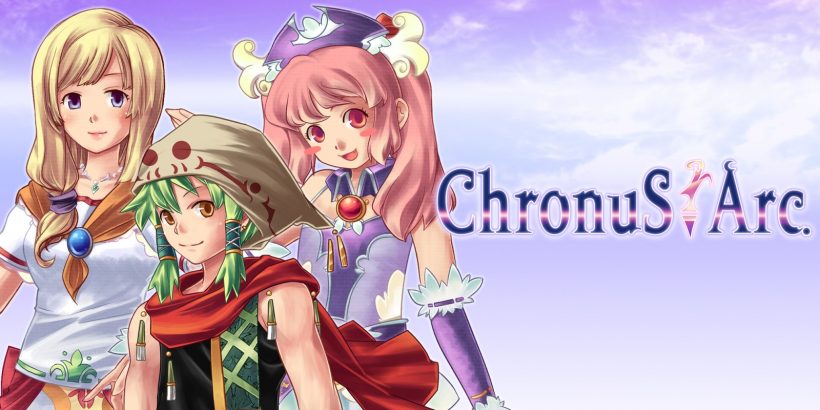 RPGs are so ubiquitous in video games that it’s hard to make a modern one without any similarities to the legends of the genre that have come before. Games like Octopath Traveller, Undertale and Fire Emblem: Three Houses are recent examples that have stood out in originality and quality, but sadly many other games simply don’t do enough to rise above the growing wealth of titles. This brings us to Chronus Arc, a game so steeped in nostalgia and reverence for much better games that it’s got little drive to set itself apart, and it sadly squanders a competent framework that could have created something special.

At the outset, your protagonist Loka and friend Sarna are setting out on an adventure after preparations for an event called ‘The Time Rewinding’ end up in dour circumstance. Soon you’re travelling the overworld, battling random encounters and levelling up. Chronus Arc‘s story fails to grip you beyond this point, though, and with the tedious, grind-heavy battles, I rarely felt compelled to continue during my playthrough. Battling doesn’t offer much beyond a basic RPG framework; enemies quickly become tiresome to beat, but for no reason other than them having a lot of HP.

Before long, you’ll be slowly grinding against a frustratingly shallow pool of different enemies. Luckily, though, your characters have a few tricks up their sleeves, with magic, abilities and equipable ‘Boost Manuals’ that add specific perks to whichever characters you choose. Balancing these with which character you think will utilise them best is fun, but it doesn’t elevate the slow battles much. You can also instantly apply ‘auto’ or ‘3x speed’ to matches, which I often used while grinding, but again, this doesn’t ease the flow of gameplay – it just amplifies how much you want the battles to be over.

While visually reminiscent of 16-bit RPGs, sprites and battle animation don’t change much or impress as you progress, and bosses similarly fail to provide enough personality to be memorable. Music is likewise passable with energetic yet weirdly disjointed pieces that never feel like they capture each area’s personality. Most of the experience feels constructed to a tolerable level, and any enjoyment I squeezed out during my time with the game was squashed by the title’s derivative style and gruelling battles. You will occasionally come across some environmental puzzles, which provide a fun distraction and actually require a bit of thought, but you would hope in an RPG that the battles would be what you look forward to the most.

Finally, some time-saving features are available as paid DLC, such as XP Boosts, 2x Damage and more, however, given the arduous battles, their absence from the main game is notable. Given that actually paying for all these features eventually costs more than the game itself, it feels as though these DLC features have been gouged out and callously offered at a premium.

Ultimately, Chronus Arc feels like the developers have spent so much time looking at classic RPG games from the SNES era that they haven’t seen the amount of character or ingenuity modern classics provide to stand out. A derivative story, bland visuals and underwhelming music bog down a competent-if-tedious battle system, so as a classic RPG fan I wouldn’t recommend pulling the trigger on this purchase. For a game all about rewinding time, I sure wish I could go back to before I played it.

A lack of charm and new ideas alongside a sluggish battle system means Chronus Arc is an RPG title truly stuck in the past. With so many better titles on the Nintendo Switch, this is a difficult game to recommend.