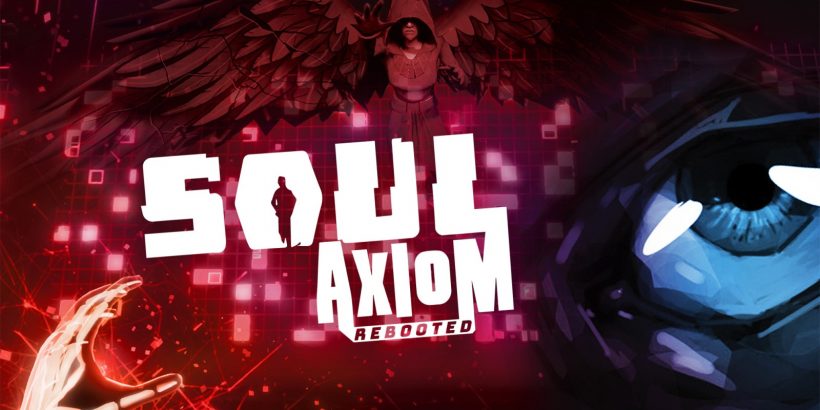 Much has been made of the number of physical Wii U titles which have found themselves resurfacing on Switch, but it’s also noticeable that the digital-only titles are making that jump too.

Soul Axiom Rebooted, from Wales Interactive, is a first-person puzzler adventure which takes in in a wide and varied list of locations, from an Aztec jungle to a hospital, and from a desert island to a flying pirate ship. Yep – this is a game based on the surreal, and the puzzling is all about manoeuvring the environment to open up a route to a ‘soul’, often a fallen corpse, as you try to fill in the gaps in the game’s challenging narrative.

This isn’t the exact same version we got on Wii U – this is the Rebooted edition, and on Switch that means players get a bunch of extras, including additional stages, motion controls, and also built-in achievements, leading to those satisfying pop-up bars on the screen whenever you check them off. An objective marker has been added, which is a big help when criticisms were levelled at the first game with regards to players not really knowing what to do. Soul Axiom Rebooted makes the narrative a little less complex, which is a very welcome improvement, but there will still be times where you question your sanity when trying to understand the story.

Soul Axiom Rebooted’s gameplay centres on a selection of abilities which can be used to interact with the environment. The first allows you to phase certain objects into and out of existence, thereby lending itself particularly to puzzles solvable by blocking light or letting it pass through. The next allows you to play and pause objects, which can move platforms and staircases into positions where they can be used, while a third allows you to shoot projectiles. Each of these power-ups can be cycled through at will, and add an extra dimension to the puzzling, with later levels combining their use.

There are some forty locations to explore, of varying levels of excitement, and it’s usually the more brightly-coloured environments which are the most eye-catching. Arguably the main disappointment, though, is the hit-and-miss visuals. There are still jagged edges and scenery, lacking the level of definition that you’d hope to see. This is a game available in VR elsewhere, which could have something to do with it, but there are far too many dark areas where you have to really strain your eyes in order to make things out, with the hospital level standing out as an example of this. The soundtrack is also a little weird – there’s a tribal cry-like thing going on in the jungle level, which just came across as off-putting – it made it seem like there was an encounter with a group of tribespeople right around the corner, which never came.

Soul Axiom Rebooted may have been optimised and made a little easier through reducing the success criteria from its rather opaque original, but it’s still one of those games you work your way through wondering what the hell is going in, without every really drawing a satisfying conclusion even with its three different endings. The atmosphere is one of the game’s strengths, but even with the streamlining, explanations fall a little short. Buy this game if you want to explore some occasionally impressive scenes – that’s the highlight, rather than the plot and the puzzling.

Soul Axiom Rebooted is an improved effort over the original, with its quality of life features and rearranged plot. It’s still difficult to follow, though, so go for this if you enjoy exploring some wild 3D environments during your puzzling.