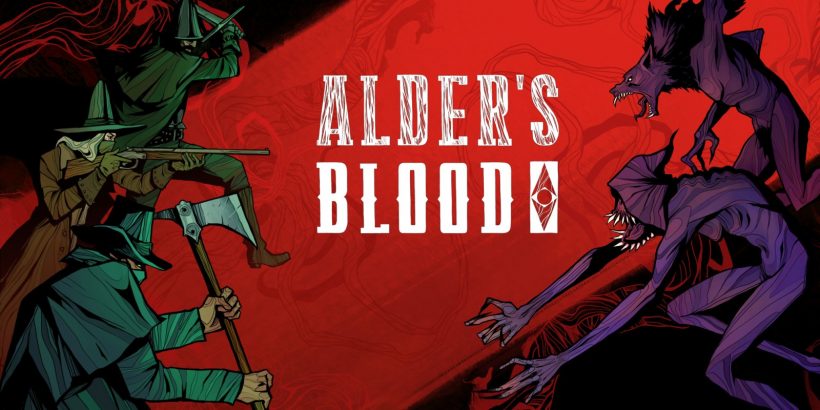 Every game has its inspiration.

Even Pong (which was probably the very first video game) was created with a real sport as its base. Therefore, you can see signs of other games in just about every single modern game, whether it’s in the mechanics, aesthetics, or even the narrative. Alder’s Blood is a perfect example of how interesting inspirations can lead to interesting new experiences, as its roots are very clear. Basically, this is an unexpected child of Bloodborne, XCOM, and Darkest Dungeon. The result is an experience that is as brutal as it is unique – yet, a it’s little bit problematic on consoles.

The narrative of Alder’s Blood is – at the same time – very simple and yet extremely deep. On a superficial level, you learn about the relationship between the hunters and the game’s world – namely, how your exiled group is responsible for fighting against the ever-spreading darkness. Then, if you want to get into the Alder’s Blood lore, there are a whole lot of mysteries involving mutated humans, eldritch creatures, and god-like deities.

Every single aspect of this tale is presented in a distinct 2D hand-drawn style, which is probably the best feature of the game. The sombre world of Alder’s Blood, complete with its shadowy characters and threatening enemies, is matched with animations and character designs that mix a strange juxtaposition of Western and Victorian character elements. This transforms the world of Alder’s Blood into a familiar, but exquisite place, one that holds wonders and perils at every corner.

While exploring the world of Alder’s Blood, you’ll have to deal with two main forms of gameplay, those being resource management and turn-based combat. You control a whole caravan of hunters and, during your travels across the world, you won’t have to only fight the creatures of darkness, but also contend with hunger and lack of resources. These survival aspects add a whole extra layer to the game, as you need to stop to scavenge, at a risk of getting your hunters hurt. However, instead of being an complementary strategy layer, these management elements are more like an annoying and repetitive add-on task.

When it comes to the actual combat, at first glance, Alder’s Blood seems to present an XCOM-like strategic experience. You have an isometric map on which to plan out your moves while dealing with the many unique enemy creatures. The main difference to Alder’s Blood, though, is that this is a game focused on stealth. At all times, you need to be careful not to be seen, heard or even smelled. This leads to a harsh and punishing experience, where any mistake can lead to failure. While this hardcore take on the strategy genre can lead to thrilling moments – particularly in the moments when you overcome the odds when your back is up against the wall – it also leads to frustrating situations where enemies can stun lock your entire party. If you’re up for the challenge, then you may get some enjoyment from the frustration.

Another possible issue could be attributed to the portability of the Switch. On handheld mode (or on a Switch Lite), it can become difficult to identify your characters, enemies and all the HUD elements on the combat screen. Not only are they small; the Alder’s Blood‘s art style can be confusing when there’s too many things happening onscreen at once. Despite that, the game still provides a unique and interesting experience, albeit one directed to a more hardcore player.

Alder’s Blood takes inspirations from different games to create a unique adventure RPG which blends Western and Victorian-style characters. Due to a focus on stealth, its strategy turn-based combat can lead to some frustrating segments, but a distinct art-style and deep world-building transforms the stressful segments into an overall worthwhile experience.