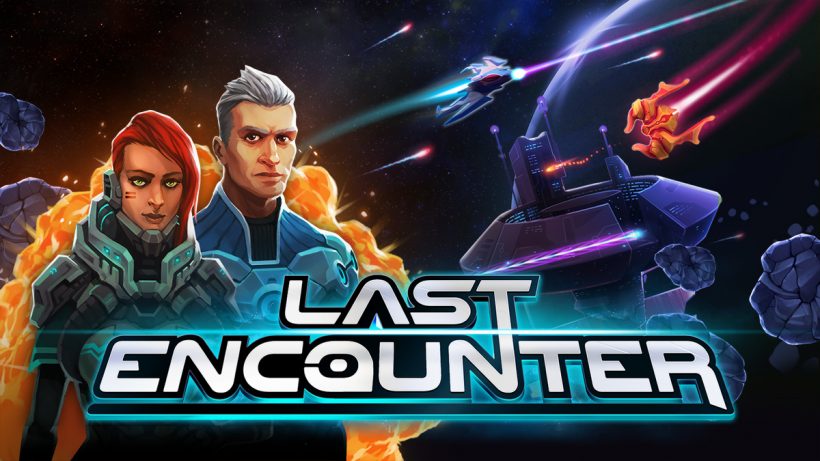 The Nintendo Switch library may not be short of rogue-like experiences, but a good splicing of genres can always provide a nice shakeup to a formula.

The latest title from Exordium Games, Last Encounter, could be just that; a rogue-like twin-stick shooter set in space (say that three times), with procedurally-generated gauntlets of space debris and aggressive aliens for you to blast down repeatedly. But is it also a blast to play? Or were we just feeling a bit lost in space…

As you embark on each run you’ll choose from different pilots and ships, each with stat-boosting perks and special abilities you can trigger to help you settle into your own groove. You can sacrifice shields for speed, health for damage and more. As you progress you’ll find additional perks, weapons and ability boosts that will aid you so each run is different even if you have a set combo you like to start with. These temporary additions help build up your ship’s power on each run – which is great, as this is often a gruelling game – but you can also unlock permanent upgrades with your earned cash. Different weapons and perks keep gameplay fresh through additional runs, but you’ll still be facing the same first area and enemies each time.

Yet while the neon enemies and constant lasers do a good job to brighten up the depths of space, most enemies and even bosses are too simplistic to be memorable. Even the later slightly more organic looking enemies are a little too bland, though these at least ooze sci-fi reverence. More engaging enemy design and variety would have helped to stave off monotony, especially when you replay the opening swarms so many times. Character design and dialogue is similarly forgettable, and the procedurally-generated levels never offered enough variety or entertainment. Searching for the same portal keys repeatedly, amongst background and foreground elements that were often too similar to distinguish, all only serves the feeling of monotony the game quickly creates, despite the constant stream of mayhem.

Speaking of mayhem, multiplayer is available up to four players, and is all very easy to set up and offers a fun if brief distraction. However, your screen will be too cluttered to truly focus and accidental deaths quickly become frustrating. This and single-player are all the reason you have to keep playing beyond unlocking new options for your ships and pilots. While weapon variety was great, the other stats felt inconsequential as difficulty often spiked wildly based on the layout you were stuck with and the temporary perks you find in each mission.

Exploring space is typically quite dark and sombre, though visuals can be brightened with gamma and bloom settings. You can even choose your preferred performance settings, swapping graphics for speed, but even at basic settings I found myself occasionally running into frame rate issues. Often gameplay would pause a frame briefly before skipping to the current action, a somewhat inexcusable annoyance in a graphically underwhelming game and a deal-breaker for many shmup players needing precision.

Despite its competent framework, basic enemy design, generic characters and derivative gameplay meant Last Encounter never offered a compelling reason to revisit its own brutal challenges or justify itself as a roguelike. This with underwhelming graphics, somehow still marred by performance issues, means that your last encounter with this game will probably be fairly soon after your first.

While a lot of the basic elements are present, Last Encounter lacks any killer selling points that make it worthy of a recommendation. While building up your ships power with temporary or permanent perks brings enough fun for a few blasts, the bland presentation and performance issues mean there are much better games for you to spend your money on.