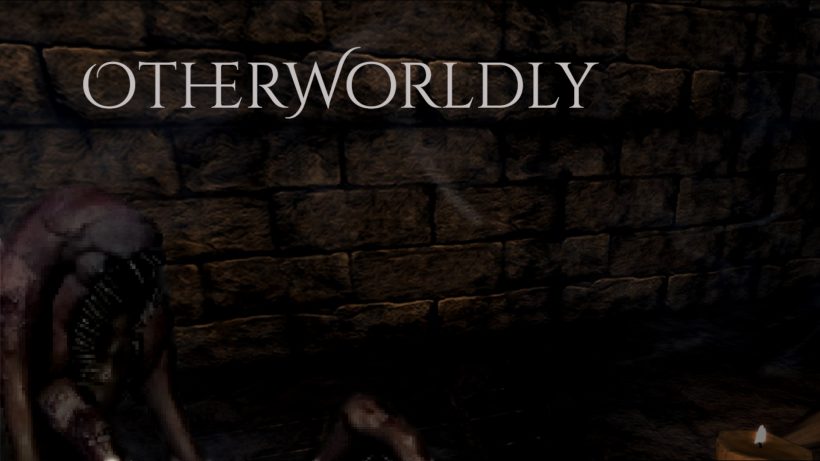 In our modern day lives, we can at least rely on the fact that we have in our pockets a handy means of emitting light, should we find ourselves wandering the dark and claustrophobic chambers of a dungeon maze. But the protagonist in Otherworldly has no such guiding light, save for a match, that flickers and gradually dims. Worse still, the maze is filled with monsters. I don’t know about you, but there’s probably other places I would rather be.

The premise is simple: there is treasure to be found in the maze, and if you are brave enough to find it (“Wealth comes at a cost”, as the opening scrawl of scene-setting text explains) then good luck to you. As you step forward into the darkness in this first-person viewed adventure, the visibility of the path ahead of you is barely a metre or two ahead. Otherwordly relishes in leaving you feeling vulnerable.

The game reminds me of Outlast, in that you have no weapons or means to defend yourself, and your only hope for survival is to run away when there is a deadly creature approaching. Unlike Outlast however, your surroundings look very similar whichever way you run, and so the game plays on the fear that can arise during blind panic, when you can’t remember which direction you came from and where you should head next. There is a map that sketches itself out as you progress, but there is little time to glance across at it when you are running for your life.

As if there’s not enough problems to deal with, you also have a Health rating that constantly depletes, and a Sanity rating that takes a dip when a monster approaches you. Eating an apple will replenish some health, and finding a quiet spot to recover will increase your Sanity. A new match can be lit to illuminate your surroundings a little more, but don’t expect to be showered with light.

I had several genuine moments of jumping with fright when I played the game in handheld mode with earphones. Your steps echo ominously on the hard floor. A breeze blows through the maze, and a scuttle in the distance is a tell-tale sign of trouble approaching. There are even some classic red herring jump-scare moments, such as a gust of air blasting through a vent in the ground. The sound effects and the visuals collaboratively provide a convincingly eerie dungeon maze. A lack of in-game music maximises the effect of the sound cues, particularly when you are trying to listen for nearby movement.

The game randomly generates the dungeon each time you play, and so this – in theory – could mean there is a lot of potential gameplay to be had. However, you could find the amount of treasure required and reach the exit in a matter of minutes if you are lucky with your route. I found the exit door in under thirty seconds in one of my playthroughs, although the game will not let you leave until you have obtained a specific amount of treasure.

There are a small variety of monsters and plenty of jump-scares along the way, but not much else to find amongst the shadows. You may occasionally spot a note written by a previous explorer, but that is about the extent of the plot. There is not a lot to discover here.

Like the skeletons that roam the maze, Otherworldly is a bare bones package that could perhaps benefit from a little more meat. If you thrive on blind panic, you may find some enjoyment. Frightening and flawed.