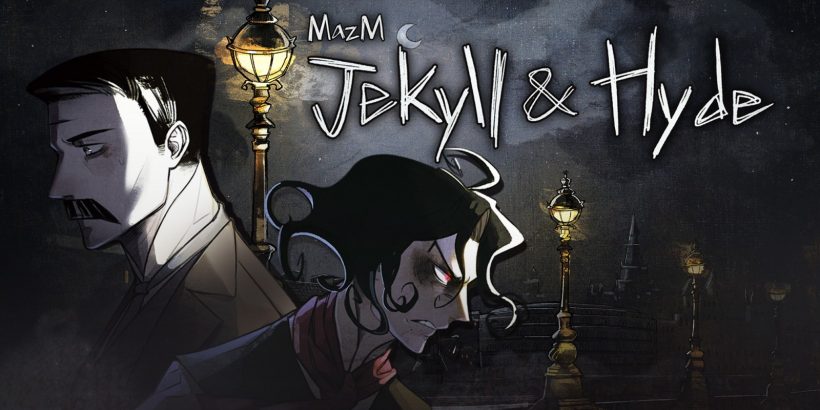 The reworking or re-imagining of the work of authors and artists from bygone eras is a hot topic.

Preserving the integrity of the ‘classics’ is something many believe is vitally important, and as such, there is a weight of expectation that comes with work that has been inspired by work of years gone by. Whilst games regularly receive the remaster or remake treatment, books and artwork rarely see change on the same scale. One classic that has seen adaptations aplenty is The Strange Case of Dr Jekyll and Mr Hyde, an 1886 gothic novella by Robert Louis Stevenson. Enjoyed in films and theatre for centuries, it has even inspired others to create characters based on its content: The Hulk is one example.

It’s even made it to video games. The NES saw the release of Dr. Jekyll and Mr. Hyde, a side-scrolling action game that wasn’t well-received back in the 80s. There was another in the form of Jekyll and Hyde which released in 2001 on the Windows PC, which again left much to be desired. They say that ‘the third times a charm’, so how does MazM: Jekyll and Hyde fare?

Set against the backdrop of 19th Century London, MazM replicates the story of its eponymous novel, shared through the guise of an adventure game. Taking on the role of Mr. Utterson, a lawyer who is keen to unravel the mysteries of Mr. Hyde and the events surrounding him, you will navigate your way through scenic settings searching for clues and conversing with the locals to put a case together.

The setting does well to set the scene, with beautifully crafted artistry creating a version of London which is both inviting and haunting. There will be an instant appeal upon viewing the graphical style and that is testament to the team behind it. What accompanies this, however, is a text-heavy story which is much more akin to a visual novel than an adventure, that, when coupled with performance stutters and simplistic puzzles, further cements the claim that this isn’t quite the classic that its inspiring counterpart was.

A game of this nature with a story so interesting, it is important that there aren’t distractions. Whereas with a novel, you can find a quiet spot and immerse yourself in it, video games are slightly different. There are many variables and all of them aligning at once to provide a smooth, complimentary experience can be challenging. Unfortunately, MazM doesn’t quite strike the sweet spot. The frame-rate suffers with fits and starts when transitioning from dialogue to ‘action’ or even when attempting to speed up the lengthy text sequences. The other disappointment is the characters’ lack of interaction with the environment. The models are rather static and do little to develop the feeling of panic or concern within the city.

As well as this, the soundtrack – although well-crafted – doesn’t always suit the moment and can have an adverse effect on the atmosphere being created. For the most part, it is excellent, and when considered alongside the stunning visuals, the package can be delightful. It is a shame then that the aforementioned issues detract from it. All in all, MazM: Jekyll and Hyde is an interesting take on the classic novel by Robert Louis Stevenson, but it doesn’t do it justice. It may look the part, but it fails to capture the essence of this gothic tale and will leave many wanting more.

The novel it was inspired by is known the world over. Sadly, MazM: Jekyll and Hyde won’t get the same acclaim. Comprising style without substance, this adventure game-turned-visual novel leaves a lot to be desired and is devilishly disappointing.