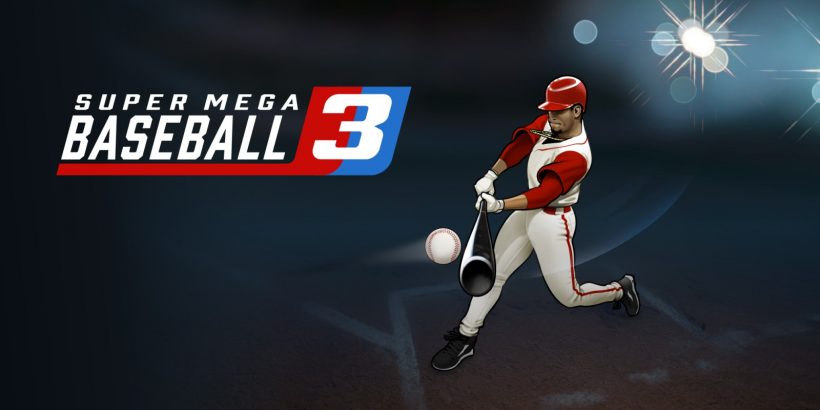 What a lot of us in non-baseball playing countries have gleaned about baseball likely comes from film or TV, or maybe from playing some rounds in Wii Sports.

In recent years, though, Metalhead Software has continued to work on a surprisingly versatile take on baseball, providing one of the best depictions of the sport in video game form.

That’s not to say that the latest incarnation, Super Mega Baseball 3, will be for everyone, as the onus is still on the player to commit to wanting to play a digital recreation of baseball. Yet, as the somewhat ludicrous title suggests, this is not necessarily a super-serious take on the sport, at least not for those who don’t want one. For others, that do want an in-depth simulator-esque experience, that’s also here too.

This is the crux of the appeal and aptitude of SMB3 as it adeptly accommodates both casual and hardcore audiences without compromising either. The only thing that might be missing, which could be assumed from the title and the art style, is the inclusion of over the top batting animations and effects. In other words, don’t expect fire to erupt from the bat during a home run.

Still, the visuals are what immediately sticks out most with the series. The cartoon-y-looking players might not be to everyone’s taste, but it enables each player to have a sense of individual personality – even if in the Switch version they can look a bit rough up close. Yet, the sheer diversity of players across the various teams is commendable with a variety of ages and races depicted along with male and female players.

The ballparks themselves far a little better in terms of detail and importantly – like with the players – offers a diverse selection. It manages to avoid providing you with a series of similar-looking green pitches and instead includes parks from not only across North America but also a few from Japan and South Korea, which really helps to shake things up.

What about the baseball itself? As mentioned, this game accommodates both casual and hardcore players, in practice this is enabled via the “ego” system which allows for a granular difficulty system to fine-tune the experience to your liking and current ability. For new players it will take a little bit of time to get used to the control system, as it’s not just pitching and batting, fielding (moving players around the pitch) is also a crucial part of the game. The “how to play” section says it best, though, in that it suggests to just play the game and it will gradually tell you what you need to know. This might seem a bit slow at first, and you will likely lose the first few games (especially if you don’t lower your ego), but you will soon find yourself learning the game more organically. The detailed instructions then exist as a guide to look back at if something needs clarification later.

For those that do want a detailed baseball sim, that’s present here too, with the ability to alter teams, investigate stats, and plan out multiple seasons. For many, this will be too overwhelming, but it is great that the option can exist without it impeding the experience for the average player. All in all, SMB3 does what few sports games achieve and that’s to provide both arcade and simulation in one single game.

SMB3 is a surprisingly engaging video game recreation of the famous sport. Despite its accessible nature, this won’t be for everyone. But for those who have even an inkling for some ballpark action SMB3 still knocks it out the park.