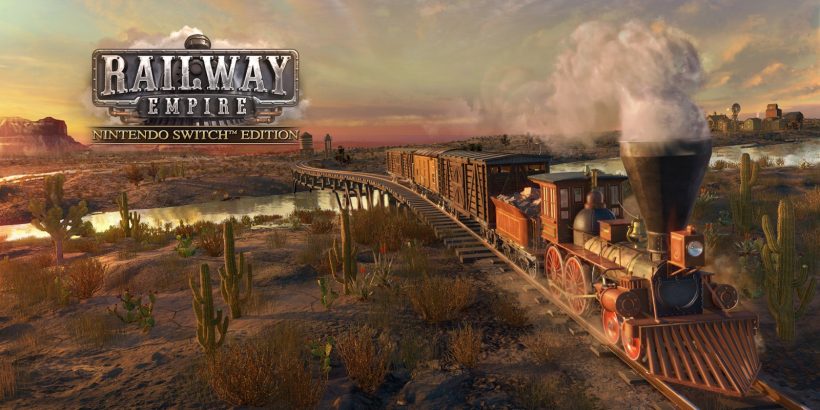 The incredible achievements of the Westward Expansion of the railways in the United States of America is one of the most interesting periods of history (stop sniggering, you at the back).

It really was representative of the pinnacle of ambition – a railway that, from humble beginnings, would connect the nation’s east coast with its west, passing through fields, hills, desert, and snow. It’s a journey of some 3,000 miles if you wanted to tackle it by rail today, and Railway Empire, from Kalypso Media Group, is a simulation which takes you loosely through the entire period. Across the five-chapter main campaign, you must establish certain sections of your network, installing tracks, stations and trains, and keeping everything running smoothly while making the most of the country’s burgeoning economy.

As soon as things are underway, you’ll have a brief tutorial by way of connecting two major cities on your line. It’s at this early, primitive stage where the major irritation of Railway Empire comes out. While the button inputs appear on the screen, they don’t tell the full story of exactly what you need to do. Establishing the stations is easy enough – you select one from a number of different-sized station options in the menu and then plonk it down within a suitable distance from the town. Tracks can then be used to draw lines between stations – split into sections if you want to amend curves or try to avoid lines going across rivers or through tunnels, which will generate a hefty extra outlay – and then once connected, you’ll need to not only hit one button to lock in your drawn-out track, but then another button to physically build it. These aren’t necessarily made clear at all by the instructions on the screen.

Adding a train and establishing its route is hardly intuitive, either. Trains will have specific functions – some for transporting freight (which will be able to carry goods from out-of-town businesses into cities, or between cities), others for passengers and mail, and then there is a mix of the two. So, you have to purchase the right type of train, then choose whether or not to add employees and carriages to generate more money and/or keep things running smoothly. Then, you have to bring up the route selection screen, which also isn’t explained wonderfully on the user interface, and select each station on the route one-by-one.

If you choose “realistic” mode, you can only have one train on a section of track at once, and all others using the same line will have to wait their turn, causing some major clogging unless you add in parallel or alternative routes. You’ll then have to set stop and directional systems along the route. This can get mighty frustrating without a ton of patience, so I’d recommend the simplified difficulty option, which allows trains to magically pass through each other. This is a very deep sim even in the easier mode – you can take ownership of businesses to up their product outputs, earn points to upgrade your fleet and pick up other perks, and even compete against rival train networks which operate at the same towns you serve.

Control complications aside, Railway Empire does have a decent amount of thrill on the table once you figure it out. Having things up and running, and watching your funds soar, makes you finally feel like you’re in control, even if the game does its best to put you off before that point.

Railway Empire tells a great tale of the Westward Expansion of the US’s railway system. You have to wrestle with some poorly explained and non-intuitive controls in order to get the most out of it, though – but once it’s up and running, this is one of the best train set video games you can get your hands on.