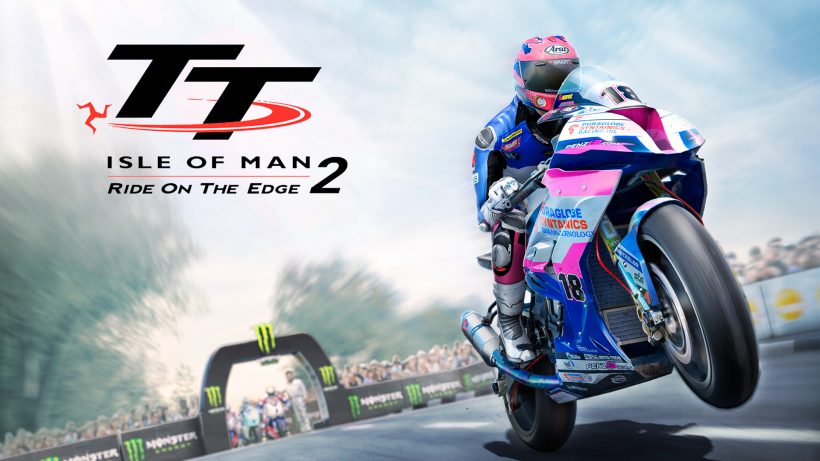 A tradition spanning back as far as the early 1900s, the Isle of Man TT race sees motorbike racers and spectators flock from all over the world to experience the highs and lows of arguably one of the most dangerous sports around. Until recently, the thrill and excitement have only been accessible by physically being there or by watching on television. Developers Kylotonn spotted an opportunity to dial up the immersion for fans by making use of the official license, and so, in 2017, TT Isle of Man was released on home consoles.

The sequel, TT Isle of Man: Ride on the Edge 2, promises to double down on that immersion with revamped physics and faithfully reproduced rider movements. Unfortunately, in doing so, Isle of Man 2 has become as niche as its title suggests. With a learning curve as steep as the Snaefell mountain that you will race on, and with visuals that are as disappointing as they are delightful, the end result is a racing game that only the hardest of hardcore racing fans will get on with.

Responsible for V-Rally 4, WRC8 and FIA European Truck Racing Championship, Kylotonn are now considered veterans of the racing scene on the Switch. Much like their previous releases, Isle of Man 2 is as much about concessions and caveats as it is about on-screen racing action. It’s a neatly packaged port with a fully-fledged career mode, a variety of race types and licensed bikes and riders. Local and online multiplayer are also available and round off a comprehensive, albeit conventional, list of features available in this game.

Where the concessions are most evident are in the relentless quest for simulation-style racing. Difficulty levels, referred to as ‘Riding Styles’ in the menu, range from the much-welcomed ‘Amateur’ to ‘Simulation.’ The latter is quite frankly the most realistically unrealistic riding style, and no matter the style you choose, the game will be challenging. Most modern racers come equipped with a rewind feature; however, this is missing here, making for a gameplay experience which is significantly more frustrating than it is fun.

Not only that, but you are reminded at almost every corner that this game wasn’t designed with the Switch in mind. Other recent releases have highlighted the importance of graphical fidelity to ensure significant sales, and Isle of Man 2 just isn’t that pretty. When travelling at breakneck speed – the preferred way to enjoy Isle of Man 2 – the locales are enthralling, and most definitely a fresh take on a genre that has seen iteration after iteration of the same Moto GP tracks over the last 20 years. When restarting after falling off your bike for the umpteenth time, however, you’re reminded once again of how far there is to go before Kylotonn produce a game that tests the limits of the Nintendo Switch. In short, it’s blurry, botched, and a significant step back in time.

It is a shame to see players subject to a sub-par port yet again, as Isle of Man 2 had the potential to be one of the most adrenaline-pumping racing titles that the Nintendo Switch would see in its lifetime. The sheer speed with which you travel is unrivalled, and the distinctive racetracks are a joy; however, detrimental to the experience is a ludicrous learning curve and a lack of accessibility to make it any easier.

Patience for this port is a must as early experiences will end in fervent frustration. If you’re a speed freak with a penchant for simulation, there’s a lot to love here, but those looking for a casual racer should look elsewhere.