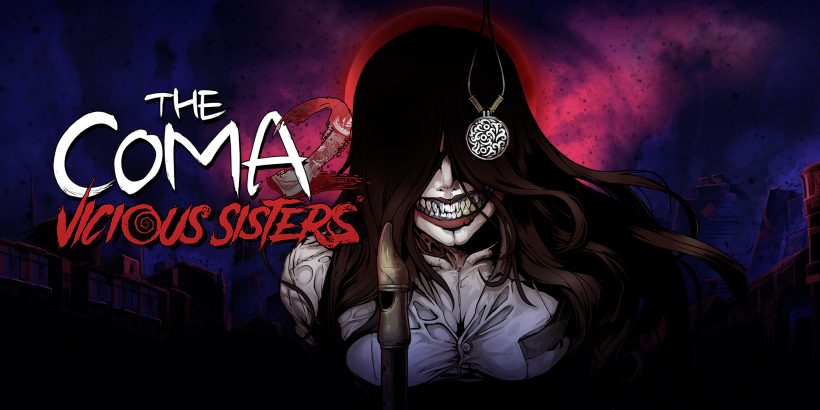 They’ve really got themselves a problem at Sehwa High.

The school which provided the setting for The Coma: Recut, which came out on the Switch eShop in late 2017 before getting a physical copy courtesy of Signature Edition Games the following year, has lost another student. For those who are unfamiliar with the first title, this is a story-driven Korean survival horror. The game features English localisation, so don’t be immediately put off, but all of the game’s voice acting is in Korean.

The second game, The Coma 2: Vicious Sisters, features Mina Park, a schoolgirl who is friends with Youngho, the star of the first game. Youngho’s dark Coma world quickly becomes a shared horror for Mina, who is too inquisitive for her own good regarding the suspicious activities of one of her classmates. It isn’t long until she has to deal with the dread-inducing presence of Dark Song, a maniacal representation of her waking world schoolteacher.

Like the first game, things are told from a side-on perspective, with the ability to duck in and out of cover (that cover most often being under tables and inside toilet cubicles) and with gameplay involving avoiding the predators which lurk in corridors or fall from the sky as you go about your business. Naturally, this game starts within the school, but thankfully, it quickly moves on to take in new locations, including a market, an underground train station, a police station, and more. It’s a very welcome change of scenery, which makes this sequel different enough from the first game to keep your attention.

Taking up probably about six to 10 hours of your time, there’s a decent amount of story and gameplay here to justify a quite modest price tag. But your delay will come in the form of the survival horror tropes which provide The Coma 2 with its difficulty. Items and money are very limited – they can be used to replenish your health or stamina (yup, don’t go thinking you’ll be able to run about the place from start to finish), and that adds to the suspense when Dark Song is chasing you down. Money and items can be found dotted around the place, and the money is used in vending machines to get more items, but be warned – nothing re-spawns. I found this out to my detriment toward the end of the game, as I was left to fend for myself having used items far too liberally. You can make things easier by completing side ‘crafting’ missions which extend your max health, but these can cruelly be permanently taken away by taking significant damage later on. It’s an unforgiving world in The Coma.

It is a memorable world where the story is plentiful, though. You’ll certainly remember The Coma 2 and its characters, even if things are often far too dark. I’m never a fan of games where you have to squint to see what’s going on, and this game is often guilty of that, but using one of the game’s two lighters does widen the view a bit. It still doesn’t help with the irritation of an enemy falling from the ceiling and wiping away your remaining health, though. Luckily, save stations are all over the place.

The Coma 2: Vicious Sisters is one of the best value-for-money examples on the Switch eShop. Despite the darkness and some irritations, it’s well worth checking out.

The Coma 2: Vicious Sisters is a memorable, atmospheric adventure, even if it is often a little too dark for my liking. Expect to feel a sense of dread as Dark Song chases you down, and the sound of her footsteps will never fail to send a chill down your spine.