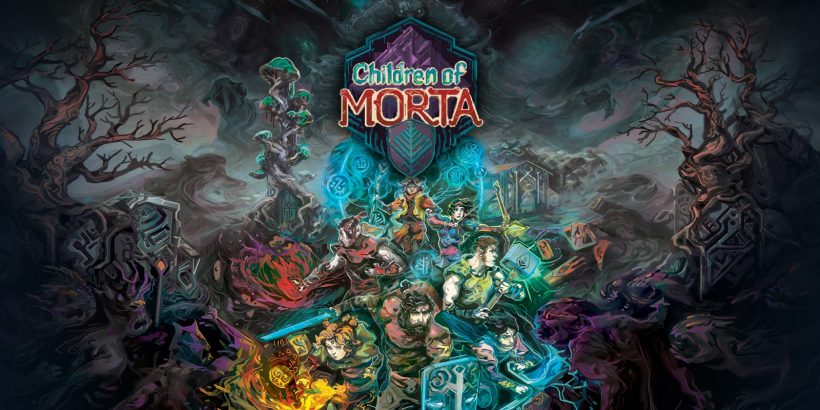 The biggest challenge a procedurally-generated roguelike faces is engagement, how to keep the player from tiring of repeated playthroughs. Focusing primarily on combat, Children of Morta sets itself up with an immense challenge, and then throws everything it possibly can at fulfilling it; playing it, you’re expected to do much the same.

Children of Morta centres on the Bergson family and their combined efforts to conquer a malevolent force threatening their way of life. This plot device provides much of the variety throughout, but it also introduces a choice of playable characters which is key to the game’s success.

The scene is set with a tutorial taking you through the basic moves, and it’s here that the simply stunning artwork, animation, and audio accompaniments are introduced. I recently feared I might be getting tired of the pixel-art style, but when it’s done as well as it is here, it’s impossible not to appreciate.

The main action occurs in a series of dungeons, each consisting of a small number of floors, teeming with hostile actors. There’s a good amount of variety to deal with here: some enemies stun, other don’t; some have ranged attacks, some spawn others to assist in their battle. As a result, combat is highly tactical and players can choose to approach the task from several different angles. The bosses which conclude each dungeon require new strategies and can abruptly end a long run.

Each dungeon is procedurally-generated, but the resulting maps are interesting and varied. It helps that many special rooms crop up randomly. Some of these are mini games which produce upgrades as rewards. Others contain merchants, a handful of small side quests, or simply serve to advance the plot. Children of Morta is constantly finding ways in which to integrate the plot into the gameplay, and the fact that it manages to do so amongst so much randomness is to be admired.

My main complaint, initially, was that it wasn’t quite clear how slowly or quickly I was making progress. Maybe I missed the fact that there were exactly eight main areas in the game, but I worried that my persistent failure to even get past the first of these was a sign of the struggle to come.

Once other members of the family start joining the action, however, things get more interesting and less punishing, if not exactly easy. Linda, John’s eldest daughter, wields a mean bow and arrow whilst his son Kevin is another close-range fighter who can let daggers fly with viscous combos. The different characters make for genuinely different approaches to the play, and force a depth of tactics that adds welcome variety.

But it’s the power-ups — which are enormous in scope and number — that really mix things up. The most basic upgrades, paid for with the abundant currency gathered on each run, include buffs to strength and health. These apply across all members of the family, allowing them to be introduced without having to play too much catch-up. Beyond those is a wealth of spells and charms, both temporary and permanent, which add a huge depth — possibly too much — to the game.

Children of Morta is a tricky game, one in which everything orbits around the concept of combat and how it can be approached in a multitude of ways. It’s a game that requires a lot of work for rare rewards, but when those rewards are eventually obtained, they are more than worth the effort.

Children of Morta demonstrates how to do a roguelike well: frequent upgrades smooth the difficulty curve, an engaging story keeps things fresh, and there’s plenty of depth in combat. It’s difficult and sometimes repetitive, but looks and feels the part.