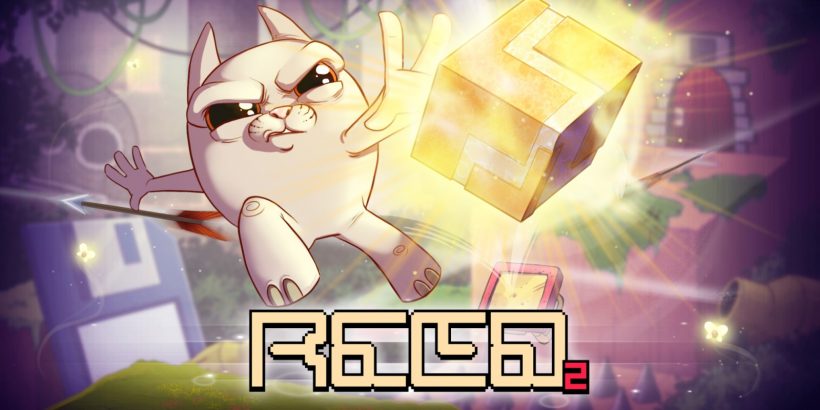 The Switch eShop has been pretty good for rock-solid platformers.

Think of Jump King as being at the pinnacle, where every single jump and movement counts, and you’re heavily punished for even the slightest of errors. There are a bunch of not-that-difficult platformers on the system too, of course, but Reed 2 ranks somewhere in the middle. This Ratalaika Games title follows Reed Remastered, which released on the Switch earlier this year, and offers more of the same – 49 levels more, to be exact.

The gameplay is very much a straight continuation of the first game. Reed is a character who lives in a digital world, created by a supercomputer with the purpose of collecting information cubes in each level, with collecting every single one resulting in the end-of-level door unlocking. Levels are compact, and each will rarely set you back more than five minutes at a time. The difficulty, however, comes in the form of the hazards dotted about each stage. Most frequently, these consist of spikes, which will provide near-endless irritation to all of those who don’t adopt a controlled play style for their jumping.

Other dangers come in the form of circular saws and a mindless Moana-style chicken which will walk senselessly until it hits a wall before doubling back the other way. You can stomp on the chicken’s head Mario-style, but you’ll quickly discover that rather than simply being splatted out of existence, they simply do their about-turn on the spot and are pretty likely to just smack you silly. Reed 2 is unforgiving in that it’s a one-touch-and-you’re-dead kind of platformer, which can prove to be a nasty little surprise when you first try it out.

Harsh penalties aside, there are some immensely difficult (therefore immensely frustrating and later immensely satisfying to complete) stages in this game. Many involve ‘running the gauntlet’ as you try to make your way along a narrow corridor, with arrows being shot either sideways or downward at timed intervals. A combination of the two makes for a pretty devilish experience, and it was on these trials which the most deaths were sustained on my playthrough. The frustration particularly centres on the fact that every level feels like it’s very clearly doable, and it’s clear that a player error was to blame whenever something goes wrong.

Admittedly, the hitbox for sustaining damage is tremendously fine, but you have to give it to the developers here – the level design is, on the whole, very good. You’ll start a level by jumping over spikes, make your way to higher ground, and then spot an information cube down in a gap between platforms. At this point, you’ll make the decision to hurl yourself down the gap, only to land plum on top of the spikes from earlier, which you could quite easily have avoided if you’d remembered jumping over them in the first place. That’s clever stuff. What’s a little less clever and more a bit naughty is the game pushing you toward the temptation of jumping down to a lower platform you’ve never seen before but which is just below the confines of the screen. You can be 99% certain every time that you’re just going to land on spikes, but clever players will be able to make use of Reed’s double jump for a last-second rescue.

Reed 2 is a charming if simplistic platformer, but nothing too revolutionary. Check it out.

Reed 2 is a tricky pixellated platformer which, while not all that long, does offer some discernible challenge. It’s a nice enough title to have tucked away on your Switch to tickle a platforming urge, but it’s not going to pull up any trees.