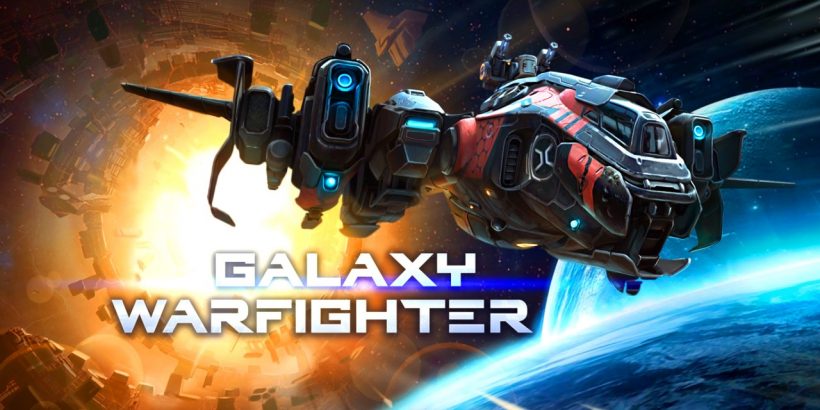 There are absolutely loads. You might be a fan of Darius, Gradius, or R-Type. The genre seems to have been around since the very genesis of gaming, and for good reason: it’s just so easy to pick up, take on a few levels and then be wowed by a kick-ass boss after spending five minutes destroying all of the minions which dare to get in your way. However, when a genre has absolutely loads of entries, it becomes more and more difficult for new additions to stand out from the pack.

That’s the case with Galaxy Warfighter, a Switch eShop offering from JoyBits. The basic gameplay formula is nothing new – working from left to right, you need to do your level best to shoot every other ship out of the sky before taking on one of the game’s four different bosses at the end of the stage. The gameplay is more simplistic than in your standard space shooter; for starters, all you have to do is to use the control stick to move your ship about the screen. Shooting is done automatically, so your start to the game comes across as rather unintimidating.

I’ve played space shooters on the Switch which were over after just a handful of levels, so rapidly taking down levels 1-3 of Galaxy Warfighter, the trifling difficulty seemed to be a bit of a worry. But things came down to earth with the miserly experience of taking on the end-of-level boss on level 4. Several fruitless attempts went by before the sudden realisation that this is a game that makes use of ship upgrades. Yes – when you destroy enemy ships, green coins are generated, which then fly leftwards. If you’re in their path, you collect them, but otherwise, they sail right on by. This adds an extra aspect to stay on top of while you’re focusing on avoiding the streams of enemy bullets. Realistically, you should be picking up several hundred coins per level.

Returning to the menu between levels allows you to use the coins to employ upgrades. These can up your ship’s firepower (very important), health (also very important), and a handful of other aspects which make life easier in outer space, with two chargeable functions which bring the X and Y buttons into play, including a time-pausing perk and another that emits a death ray which takes out every ship in its path. The beautiful neo-retro art background which accompanies the upgrades screen may just be Galaxy Warfighter’s highlight, by the way.

Returning to space with your upgraded ship in tow, things should be a lot easier – at least for the next few levels. The field is littered with upgrades which can always be of use – particularly one which destroys every ship on screen in an instant – and each level sees a combination of 10 enemy types being thrown in your direction in a bid to thwart you. But despite the variation in the enemies, the feel of every level is exactly the same. Galaxy Warfighter goes on for a hundred levels, but the excitement starts to dissipate as early as around the 20th. Pushing on beyond that, you won’t exactly be wowed by whatever else the game produces, and as a result, this is one shooter which should be bought during an eShop sale but not really considered beyond that.

Galaxy Warfighter has a really cool level-up screen, but beyond that, it’s a pretty standard space shooting affair. It goes on for a hundred levels, but they all feel the same, save for the choice of four end-of-level bosses.