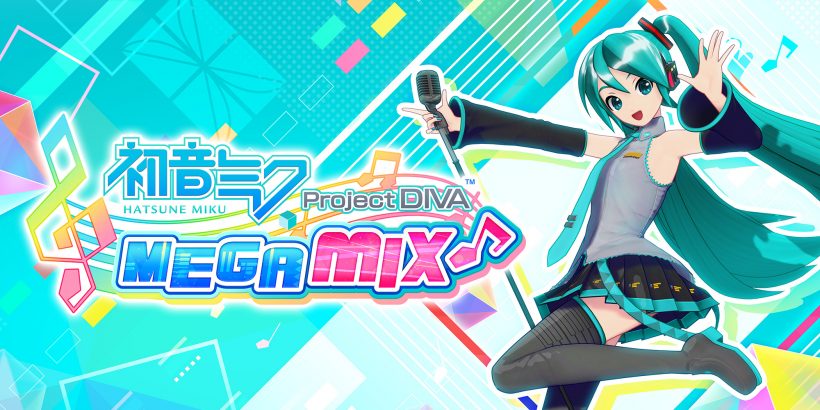 There’s little else that can be said about the fluctuation in popularity of the rhythm genre. Games once synonymous with the genre, such as Guitar Hero, have fallen into obscurity, failing to regain the fame they had but a decade ago.

For the most part, the pure, unadulterated rhythm game is a thing of the past, and those that are prominent are locked behind extraneous hardware requirements – Here’s looking at you Beat Saber, and your VR-ness. Regardless, here we are, sitting down in 2020 with Hatsune Miku: Project DIVA Mega Mix, performing finger gymnastics throughout and enjoying every moment of it. Sure, I still don’t appreciate or understand the Hatsune Miku craze as a whole yet, but this is the most fun I’ve had pressing buttons in time with the music since Final Fantasy VII Remake’s perfect Honey Bee Inn scene. For those who know me, that’s high praise indeed.

There is an absurd amount of content within this ‘ere package. In total, 111 songs roam these bright and wonderful halls, each with a highly stylised music video accompaniment, where a multitude of timing-based inputs fly from all angles, demanding both your attention and subsequent precision. Whether it be single button presses to multi-input demands, all the way up to holding one button whilst pushing various others to maximise your score, Hatsune Miku demands the utmost flexibility. Easy and Medium difficulties do little to challenge, but Hard and Extreme beg you to reevaluate whether you’re cut out to tackle such a feat. Should you have either the dexterity or perseverance to master the latter difficulties, you’re unlikely to find a more satisfying feeling throughout rhythm gaming. Jumping outside of the genre, I’d surely liken it to, say, toppling bosses in any of the various ‘Soulsborne’ games without taking a single hit of damage. Alas, I’m devoid of both experiences, so what do I know?

Each level requires that you achieve a passing grade, usually at around the 50-60% mark, all whilst ensuring that multiple inputs aren’t missed in quick succession, eating away at your ever-replenishing health pool. Naturally, there will be tracks you’ll believe yourself to be doing well on, only to glance down at the completion bar to find yourself just a few per cent short. Regardless, when a track finally clicks, the sense of fulfilment is something spectacular and, interestingly, not one that I believe to have truly felt since mastering Shadows Fall’s ‘The Light That Blinds’ in 2006’s Guitar Hero II on Expert. Humblebrag, that, but I’ve got to take what I can get. Anyway, I digress – It’s easy to get caught up in any improvement made via the genre-staple points system and, somehow, is the first time I’ve truly cared about such a system. Trying to squeeze out every last millisecond of a held button press to maximise the number of available points often led to some frustrating misses, but you learn from such experiences for future attempts nonetheless.

A separate Mix Mode is available and utilises the Joy-Con’s motion controls to offer a much more simplistic, less rewarding but, importantly, more approachable input mechanic for those that wish to indulge themselves in Japanese rhythm action. Easy mode using the standard input mechanics should already allow for that anyway, but it’s a welcome, if not wholly necessary, addition. It’s certainly aimed at the same crowd that enjoys a good Just Dance session in their house parties, although the obscurity of the soundtrack is less likely to captivate a wider audience when compared side-by-side. The game’s staggering level of customisation is the true piece de resistance when it comes to Project DIVA Mega Mix. With an absurd amount of costumes and accessories for the wide array of characters and dancers, there’s a way to finetune your experience to fulfil all your aesthetic desires.

Importantly, I found myself struggling with the button inputs themselves far too much. Having been more accustomed to the Xbox-positioning of the ABXY buttons when compared to the Nintendo positioning – AB and XY positions are swapped, for those that aren’t aware – I found myself stumbling all too often. Whilst there’s not the option to change button mapping as you see fit, multiple pre-configured options are available in the settings. For me, it was the PlayStation configuration that found themselves immediately selected.  From the moment I changed to the hallowed Cross/Square/Triangle/Circle, I found myself more at ease, performing all the better thanks to the much-needed flexibility that such accessibility can offer. Come at me, Nintendo-stans. Sony’s controller iconography will forever reign supreme.

Hatsune Miku: Project DIVA Mega Mix excels at everything it sets out to accomplish. With flashy visuals, challenging gameplay, and a staggering amount of additional content, Switch players can truly enjoy this rhythmic masterclass at home or on the go.