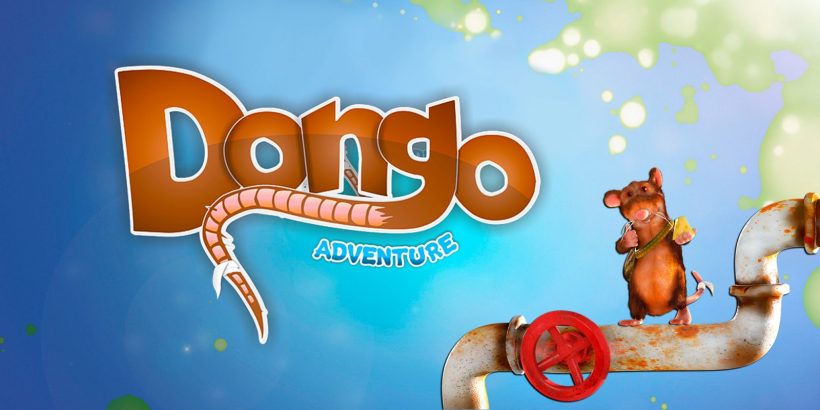 The indie market is undoubtedly over-saturated with certain genres at the moment; so much so that it can be hard to discover something new. Platformers, roguelikes, and twin-stick shooters, for instance, more often than not follow a very strict, familiar approach – featuring the same old ideas. Yet, even with the blandest exemplars available on the Nintendo eShop, you still expect a basic level of polish. If nothing else, when buying any new game, you expect it to work, and to run properly.

Dongo Adventure is not only a boring title within the platforming genre; it is also a broken game that shouldn’t really be released in its current state. 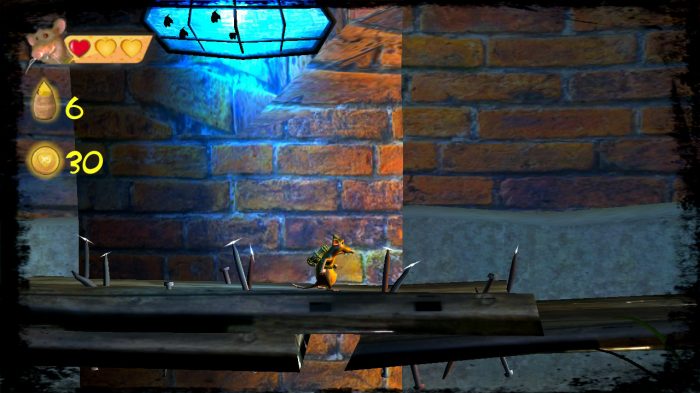 The game is packed with hazards and enemies in this standard platformer.

At first, Dongo Adventure presents itself as an unpretentious sidescrolling 3D platformer. You control the little mouse Dongo, who needs to explore different scenarios, overcoming a whopping number of enemies and hazards, all while trying to collect items and coins along the way. In order to overcome these challenges, Dongo has access to special skills. He can kill enemies by jumping on them, or by shooting them with the cheese he collects. At puzzle-centric moments, he’ll also need to push objects in order to reach further platforms.

On paper, there is nothing fundamentally wrong with the elements that compose Dongo Adventure. However, when it comes to the execution of those ideas, the game fails in pretty much every single department.

The first (and probably one of the most infuriating) problems in Dongo Adventure lie in the game’s control scheme. The game is filled with multiple hazards, and you only have three hearts available to you to beat each level. Thanks to this, Dongo Adventure is a very demanding game – especially when you take into account its slippery controls. There’s a weird micro-delay when trying to perform the simplest actions. So, if you try to run or jump to evade an obstacle, there’s a significant chance that the controls won’t respond when they’re supposed to.

As if that wasn’t bad enough, each level of Dongo Adventure makes things harder for you with collision detection problems. Platforms can come in many different shapes and appearances, some being a bit rounded or curved, for instance. Trying to get on the top of these objects is a real challenge, as sometimes Dongo will simply slip from those surfaces needlessly. Worse still, these collision issues also affect some enemy interaction. There’s nothing more irritating than trying to jump on top of an enemy and getting inexplicably damaged in a seemingly random way.

Sadly, the problems of Dongo Adventure aren’t limited to gameplay elements. The game is also subpar when it comes to presentation. Irritating sound effects are put alongside a soundtrack that is uninspired at best. Throw in on top of that a 3D art style that’s composed of low-res textures, low-poly models (not in a stylised way, unfortunately), and characters with little to no animation. Dongo Adventure doesn’t really feel like a game from this generation at all when you consider just how bad this overall presentation is.

Dongo Adventure is cheap, but what is the real price to be paid to play such a bad-looking, broken, derivative game? There are countless better ways to spend your time and your money, really.